The rapper Tommy Kuti, born in Nigeria, brought up in Italy, graduated in the UK: stop asking me if I feel more Italian or African﻿

Fabri Fibra discovered him in 2017. That same year Tommy Kuti was signed up by Universal, a major US recording label, and he recorded #Afroitaliano. He hasn't stopped since, and he's now working on a new record. 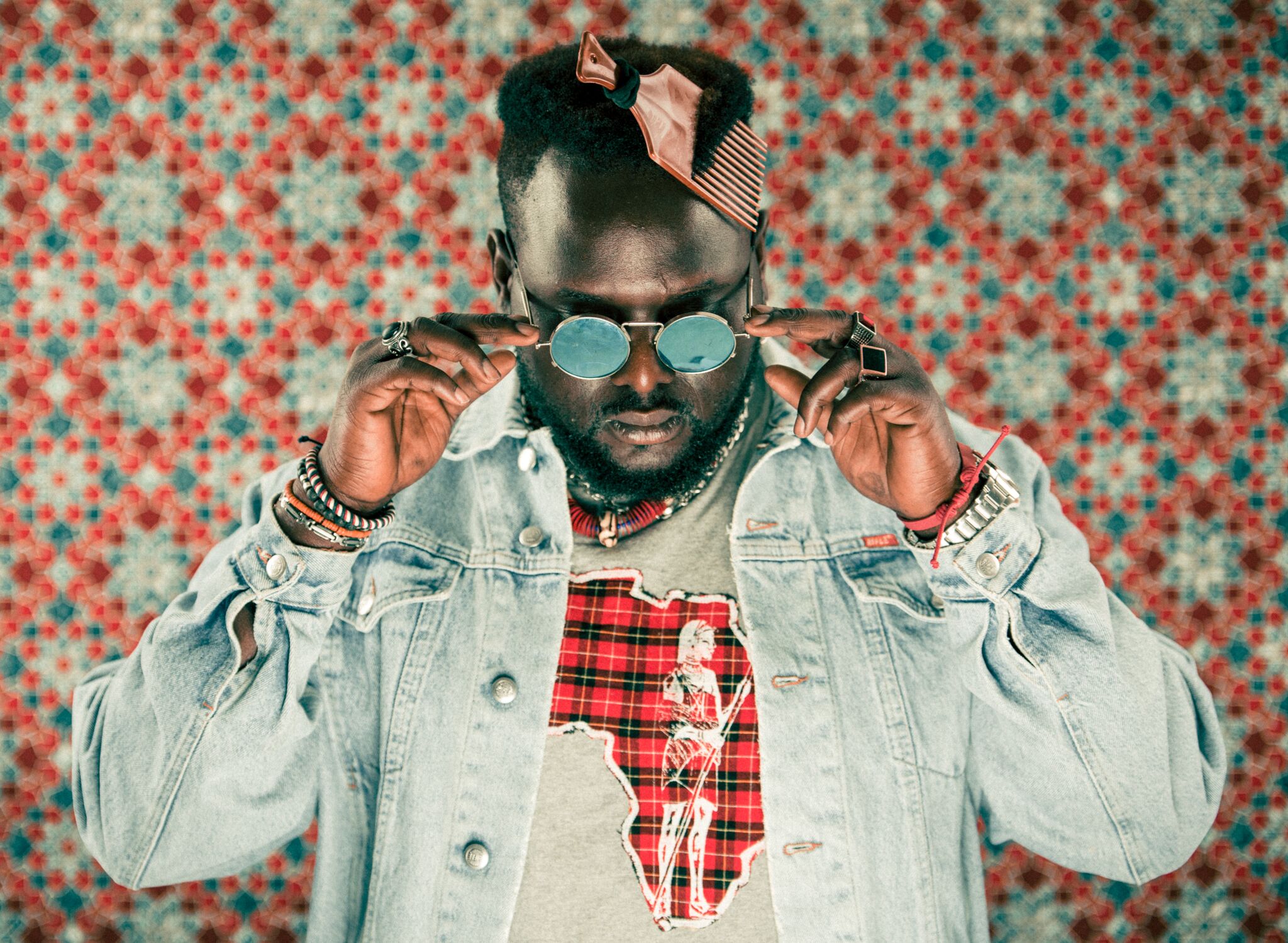 The black and white clip from #Afroitaliano suits him well. As the Nigerian-born Tolulope Olabode Kuti, a.k.a Tommy Kuti – 29 years of age of which 27 spent in Italy – a rapper on a meteoric rise, feels neither black nor white. On a train taking him back to northern Italy after yet another sold out concert – in Rome, big crowd into the small hours of the night – he repeats what has become his mantra, or trademark: «I can’t bear people asking me whether I feel more Italian or African. I was born in Nigeria, I grew up in Italy, where I live, I graduated in the UK and I’ve lived in the US. It is unthinkable these days to try to pigeonhole someone like me. I have multiple roots and I’m the product of many cultures. At the end of the day, I’m Afro-Italian».

This must have become a kind of obsession for Tommy Kuti. Yet, he is able to joke about it with the self-deprecating humour not many are capable of. In #Afroitaliano, he raps sensitive lyrics: “our nation is written on our hearts”. But then he lets himself be analysed on Professor Fabri Fibra’s couch. Fabri Fibra was the first big name of rap to discover the potential of this Afro-Italian with a strong accent from Brescia, an accent he has not lost although he has stamps from all around the world on his passport.

His father was the pathfinder, in 1989, the year in which the walls came down and we weren’t thinking about putting others up. Tommy’s father is only a student, he feels constrained in Nigeria, there’s a baby on the way, Italy seems like a safe place to go. In just a few years he sets up an import-export business that is still going today. Two years later the mother arrives with little Tommy. In Castiglione dello Stiviere, near Brescia, he grows up as any other child. Facing the same issues that many others who have the same skin colour as he does have.
«Of course I didn’t have it easy at school. Even the teachers didn’t really make an effort to explain what diversity was. And in Italy people always tend to push it too far. I had a tough time even after leaving school. In the UK, where I graduated in communication studies, as well as in the US, I encountered instances of racism. But at least they’re way ahead. Italy today resembles the UK of the 1970’s, when black people arrived from the colonies.

We only talk about landings and criminality. The many talents that non-white people bring are not valued. And this is another problem.

Tommy Kuti’s encounter with music is not a way of escaping, but rather the discovery of a new and very powerful means of expression. The UK music scene, where he spends a lot of his time with his cousins who live there, is a cultural and social shock for him. He starts rapping and recording his music at 16. His ascent is vertical. By 21 he’s a professional. In 2015, with Diss 2 Peace and Yank he starts the recording label ‘Mancamelanina’ (lack of melanin), the name clearly playing on the term determining skin colour.

Shortly after, he publishes Mancamelanina Mixtape, his first success as part of a trio. In 2017, Fabri Fibra discovers him. In the same year, he is signed up by Universal, a major US recording label, where he first releases La cura and then #Afroitaliano. And he hasn’t stopped since, although, looking around, he sees that there are still problems.
«I discovered I was the first visibly black artist at Universal. This is strange given how many young talented people of my generation try to make themselves known through music». What is becoming a dangerous trend, at least from an identity point of view, hasn’t gone unnoticed by someone like him, who has x-ray vision behind his shades in order to scan the complexity of his social context. This trend sees new Italians leave their roots and their original cultures behind, almost as if this could offer a quicker path to integration and thus to being accepted. «People are ashamed of their history when they don’t know about it. If they keep talking about us only in terms of the landings and rising crime, this leads to a sense of rejection of our origins, directly affecting the self-esteem of an entire generation. I have learned not to be ashamed but I understand that it takes a lot of courage to say “I am this too”. What politics and the institutions in Italy today don’t understand is that they won’t gain anything from making our life more difficult. People don’t realise that the wellbeing of immigrants is linked to the wellbeing of Italian».

From his observation point with his music and his raw rap, Tommy Kuti keeps narrating the society he sees and that he doesn’t like, a society that would like to keep black and white people well apart. «Only some musicians and rappers are brave enough to speak out against the dominant political discourse. There’s even fewer among pop musicians, although there are some». Tommy Kuti has even gone as far as targeting Matteo Salvini in one of his songs: “Ask Salvini what he would do if / all his family went hungry and / if he knew that going on that journey / he would get a low-paid job / that could help save his village (…) I want the ius soli / because the State has left us on our own /

and if I talk about racism they tell me “Tommy you’re so heavy-going” / but I see it in Brescia every day, it’s a constant / on the metro old ladies take a step back / they hold on to their handbags when the black man comes

The message got to its destination like a missile and Matteo Salvini replied to the rapper on social media: «To the rapper Tommy Kuti (who dedicated some of his lyrics to me) I say that whoever discriminates based on skin colour in 2017 is a cretin, but this has nothing to do with citizenship, which cannot be automatically granted». This reply from the leader of the Lega certainly hasn’t stopped the Afro-Italian rapper who is already working on his next record due to be released in the next few months. «I’ll keep talking about Italy from here. As musicians, we are bound to talk what we see around us. I’d love to be recognised as an artist in Nigeria and in Africa too. And who knows whether someday I’ll go back there».