Powercoders: the academy that trains refugees to become IT professionals

Powercoders, an NGO set up by Christian Hirsig from Switzerland, assesses the technical skills of refugees and helps them enter the labour market. 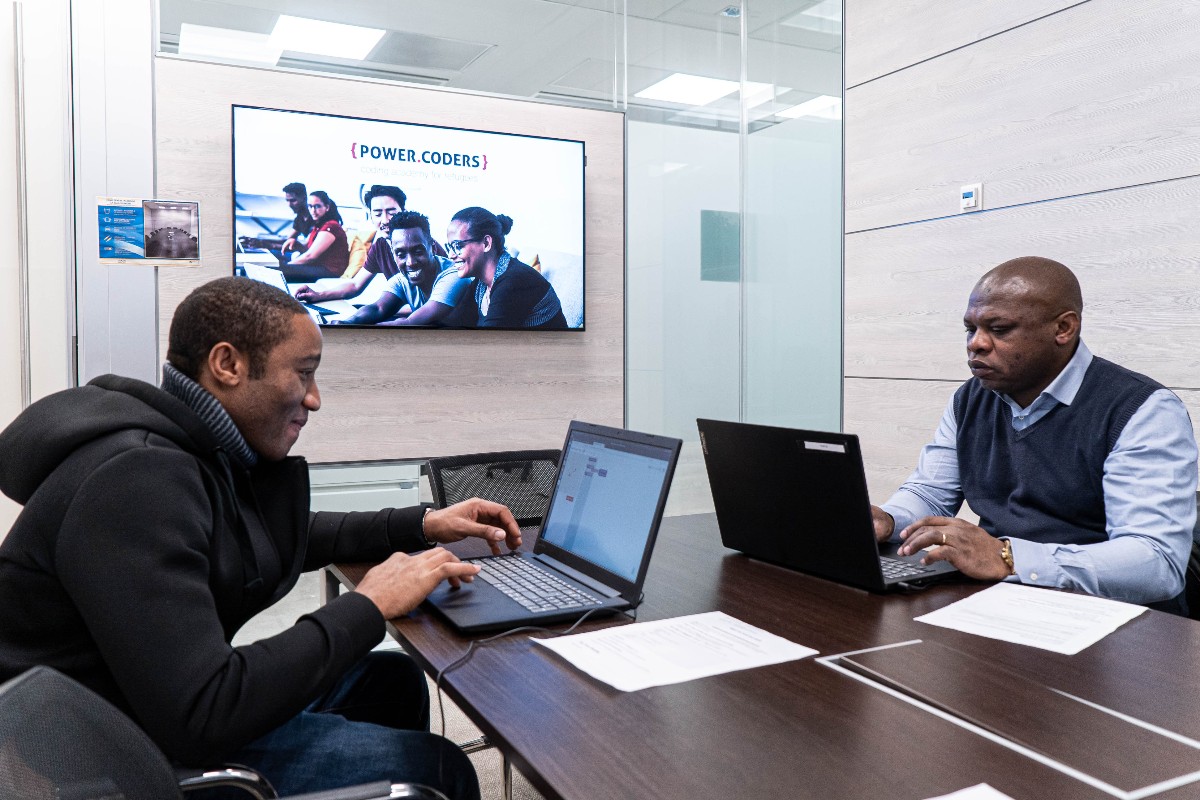 A new generation of IT professionals is emerging in Italy. They arrive as refugees from countries torn apart by geopolitical instability but, despite the difficulties they have encountered in their personal lives, they have the skills to enter the European labour market. Christian Hirsig from Switzerland realised this in 2017 and he decided to launch a programming academy for refugees, following an inspiring meeting with two US entrepreneurs in the migrant vocational training sector, who were active in coding for women and a cooking school. This is how Powercoders began, the NGO arrived in Turin from Switzerland in 2020 and passed the baton to Milan for the 2021 edition, with support from the Reale Foundation, the Italian Accenture Foundation, Lenovo, the UNHCR UN Refugee Agency and the Municipality of Milan. The latest piece of good news is that the Italian institutions have recognised the value of Powercoders and, by joining the Digital Republic, it has officially become part of the national strategic initiatives promoted by the Presidency of the Council of Ministers.

From refugees to generation IT

The online version of the courses in Milan started at the beginning of February and will continue for three months. They are intended for men and women, mainly coming from reception centres like the Sprar (Protection System for Asylum Seekers and Refugees). Specific IT skills are not required, although they are an advantage, while motivation, passion and determination are important to avoid student drop-outs. Other deciding factors in the selection criteria for Powercoders are an aptitude for problem-solving, creativity and, of course, a knowledge of Italian and English. “We found a high level of education among the participants which contradicts what the media tells us about marginalised refugees. This year, fifty per cent of the participants have a three-year degree and the rest have a high school diploma”, explains Chiara Maiorana, communications manager for the project. “When it comes to female participation, the percentage of women is still low but we are very happy that the number has doubled from two to four in the current edition”.

The course is free of charge and a scholarship is available for a limited number of students, but participants commit to repaying the academy with a percentage once they find a good job, in a kind of virtuous chain that will support the Powercoders of tomorrow

During their training, participants acquire both technical skills in programming languages and social skills, the so-called soft skills, to achieve all-round preparation for entering the world of work. “We aim to create professionals who can meet the real needs of the market. We dedicate a week in the middle of the course to meetings between the participants and companies interested in setting up paid internships once the training is over. This way, during the last part of the course, we can focus on providing the skills that companies really need, so the people leaving Powercoders can be competitive in the market”. But placements are not a foregone conclusion, Maiorana points out; they depend on the skills of the participants and the actual opportunities that arise with companies. To make the job placement process more targeted, the Powercoders are supported by job coaches before and during the placements. “In 2020, 12 work placements were offered out of 20 participants, and 10 of these turned into apprenticeship contracts”.

Asem Alakabani is one of the Powercoders from the Turin edition who signed a contract and is now a junior technical consultant for Aubey. After two years in Lebanon, the 30-year-old Syrian arrived in Italy through the humanitarian corridors three years ago, he settled in Turin where he was granted protection for five years. “I graduated from high school in Syria but my life stopped in 2010 when I was called for compulsory military service. The Syrian revolution started in March 2011 and everything changed, people couldn’t even go out. I took part in some protests and they arrested me. It hurts to tell our stories but they have to be told. Unfortunately, the real news is filtered through the media, so the accounts of those who have experienced them are all we have. Asem attended the first year of Intercultural Communication studies at the University of Turin before being offered the chance to take part in Powercoders, thanks to the recommendation of a Sprar tutor who had noticed his interest in IT. “At the academy, you work hard for eight hours a day”, he says.

It’s all very organised, they didn’t forget anything. After the course, I did a six-month internship with Aubey and then they gave me a three-year apprenticeship contract. It really is a unique opportunity

Thirty-year-old Gando Diallo is taking part in the Milan 2021 edition. He is from Guinea and arrived in Italy four years ago. He was granted political refugee status and, after moving around several towns, he now lives in Rimini. “In Guinea, I graduated in computer programming. In Italy, I did the literacy course and then I worked in a warehouse and as a rider. Now, at Powercoders, I am dealing with a subject that I know, can improve and get up to speed. I am very pleased because I sacrificed so much to study and I don’t want to lose all the work I have done”. Gando adds that he is grateful to have received a scholarship because many people, like him, have a lot of goodwill but cannot afford such a course. “I even managed to get my driving licence. When I see a good opportunity, I put one hundred per cent effort into it so that I don’t miss it and so that those who invest in the project don’t lose money”.

Clubhouse: behind the app everyone is talking about there’s a successful immigration story