Mehret Tewolde, the manager with her heart in Rome (partly thanks to Eduardo De Filippo)

She’s been in Italy since 1978, and considers herself more Roman than Asmaran. Now she is Chief Executive of Italia Africa Business Week, but the story of her life is full of surprises and she even crossed paths with the great Italian actor and director Eduardo di Filippo. 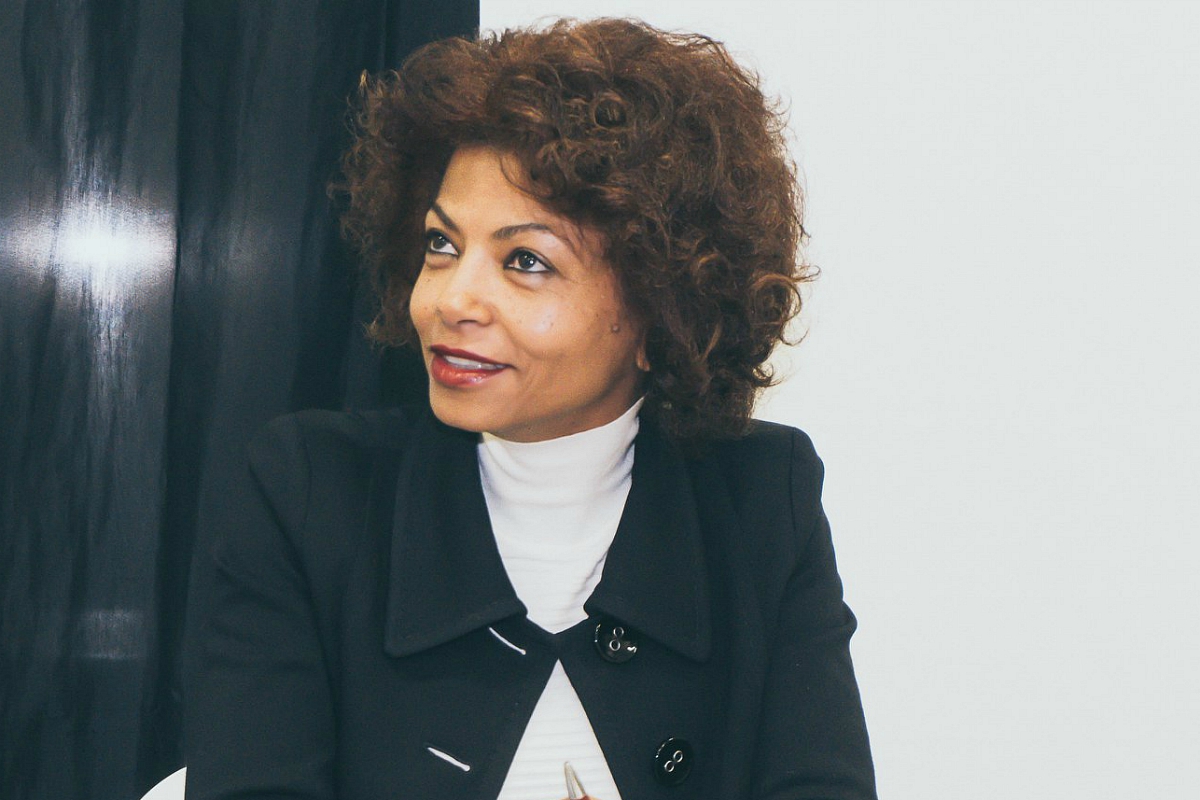 “I’m a woman, a mother, I’m over 50, my hair is kinky… I’m straight, I’m Christian and the only thing that counts really, I’m… Mehret”. This is how she describes herself. Mehret Tewolde is Eritrean, she’s been in Italy since she was 13, she’s been working for a long time as a campaigner for human rights, she’s Chief Executive of Italia Africa Business Week, and is a member of the Committee for Multicultural Diversity & Inclusion.

“My mother was already here, she was working as a domestic helper. She also worked in Eduardo De Filippo’s home; he’s like my second family because he’s done so much for us. My mother was widowed when she was 16, I lived with relatives and then in an institute. Coming to Italy was the easiest thing. All I needed was a work contract. I became an Italian citizen after I got married, I’ve been in Rome since 1978, I’m more Roman than Asmaran…”.

“Vocational school for accountancy and then the Economics and Commerce faculty. The greatest fortune in my life was Eduardo De Filippo. First he set us up with a house. Then he organized a job for me with the Ior, the Institute for Religious Works in the Vatican. I started there in 1984 as an employee working in IT. I stayed there until 2011 by which time I had become a manager in the IT field. My boss in the Ior was an avant-garde sort of person, he wasn’t prejudiced either about gender or skin colour”.

And then in 2011 everything changed.

“I needed something more. I became a life business coach and started working with Le Reseau, an organisation which works in the field of African culture and integration. Then I became Chief Executive at Italia Africa Business Week, which works to encourage commercial development, including forms of partnership”.

For years in Italy we’ve been talking about diversity. You coined the use of the word equality as an alternative to diversity. Can you explain it to us?

“Over the years we have focused on diversity, without finding any answers. No-one in the world is the same as any other person.

We are all different. But at the same time we are all equal. And once we agree that factors such as colour, religion, sexual preferences, gender and whatever else we can think of, are not the only factors that determine our actions and our contribution to society, why don’t we change the focus to “equality” rather than continuing to focus on diversity?

Also because if we start from an idea that leads us to act positively, almost as if it were an invitation to communion, it should help to activate positive energy. Whereas if we talk about diversity, as we are used to doing, and say that there is a kind of normality which everything else circles around, it immediately makes us think of contrasts between “us” and “them”. Forever fighting. Moving the focus of our attention onto equality obliges us all to take responsibility for educating for equality”.

We talk about it a lot, do you think Italy is a racist country?

“I’d say yes and no. Campaigns of fear have been based on the question of diversity. But the real problem in Italy is the inability to find solutions to real problems. People are exasperated, it’s easy to offer a target for their rage. For years, politicians from one side have used foreigners as this target. The other side, the left, simply staggers along. It has really staggered along for example on the question of citizenship. After 20 years of migration we can no longer speak about the first wave of foreigners. The first migrations were 60 years ago now. We’ve reached the third or fourth generation. The fact is that we are already in a multicultural society. But still the general public are led to believe that foreigners are people getting off boats”.

Are multiculturalism and inclusion the key words?

“Italians of foreign origin are never involved in the debate. Foreigners can’t be expected only to discuss immigration. Why can’t they talk about finance or medicine or other areas in which they’ve been using their skills in Italy for years? We need to find a mechanism which will guarantee multiculturalism”.

Isn’t there a risk of ‘quotas’, one of the things that have been controversial for years, as we’ve seen with quotas for women?

“On the question of quotas for women, I remember that in the Commission on Equal Opportunities, there is a nun but no woman of foreign origin. Foreigners have the right to be visible.

There are foreign companies which have had managers of African origin for 40 years and no-one knows. We need a mapping of professional competences. And women with a background of migration are discriminated against also in their professions, in particular if they are visibly foreign. There are stereotypes which it is difficult to overcome

An African woman isn’t necessarily a prostitute, a South American isn’t always a home help. It’s not OK, it’s not right to ignore these things”.

Would it be a good first step to make it easier to gain citizenship?

“The question of citizenship is crucial. The will is not there. Politicians are afraid of losing consensus. Granting citizenship to “new Italians”, as well as being an act of civility, would mean fully recognising the human capital of people who have their homes, live their lives and bring energy to Italy, who work and struggle every day with the sole aim of contributing to the growth of the country. For this reason there should be an easier, simplified route to citizenship, the social and economic obstacles should be removed by the Republic, as it says in article 3 of the Italian Constitution, where we are reminded that we are all equal, without any distinction”.