Called up to the national team at the age of 14, the boxing talent could not represent Italy in official bouts because her paperwork was lying in a drawer. Until... 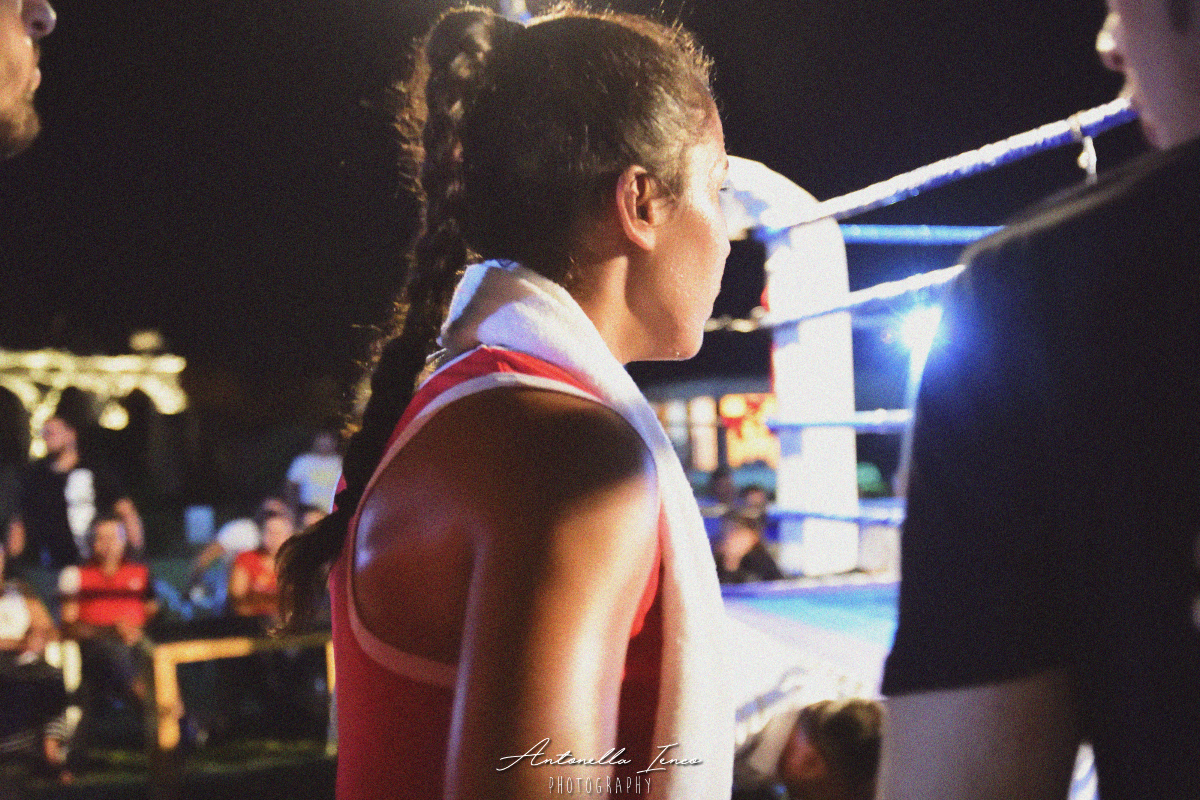 Sirine Charaabi responds softly from a hotel room. She says she is in Pompeii, in fact she whispers it, because she does not want to wake anyone up. Despite this, she can’t hold back a laugh: she had completely forgotten about the phone call. She’s not on vacation, but as often happens on weekends she’s somewhere Italy, in the ring, in the most important tournaments of the peninsula. In the downtime, between one match and another of the Women Boxing League, we chatted. As she takes her bag and leaves the room, the tone of her voice becomes more insistent. While having breakfast, she explains how she happened to become one of the best prospects in Italian boxing. Sirine Charaabi is a talented 22-year-old boxer. Her parents are both Tunisians. She and her twin sister were born in Tunisia and stayed there for 18 months. Then, in 2001, thanks to family reunification, they joined their father in Italy, in the province of Caserta.

Coming to Italy and the meeting with the box

«Coming to Italy was simple, natural. I’ve always felt comfortable here, I’ve never felt estranged or different. Even as a little girl, I was always well integrated, also because of my character: I’m a person who makes friends easily, I know how to fit in». From the genuine and contagious warmth that comes across in her Campano accent, it’s not hard to believe. Sirine’s childhood in San Prisco, in the province of Caserta was carefree, passing by without incident. It didn’t differ much from that of most people. At least until she was 5 years old.

My cousin lived with us, we were very close. He’d boxed in Tunisia, and he wanted to continue. In our area there is only one gym so he became a member. I was five years old, I wanted to imitate him, or at least be with him. After the umpteenth request to take me with him to the gym, he gave in

She followed him around, wearing boxing gloves almost as a joke, just to be with him. But unlike her cousin, she never took them off again. The Tifate Boxe gym became her home, and the legendary local coach, Giuseppe Perugino, accepted the challenge. The Tifate Boxe is the first and only boxing gym in the territory of San Prisco. It has had some great results, training olympic-level athletes. Sirine uses the nickname of “The Master” when talking about Perugino, her coach, giving her words an extravagant Renaissance touch. “The Master is over 70 years old, we have a unique relationship. We are both proud, and we both know it. From just a glance, we can understand each other. I owe all my sporting success to him”. In the gym – which from her description seems to resemble the appearance of a Florentine workshop – Sirine Charaabi is the only girl who practices boxing at a competitive level. Without making a fuss, under the watchful eye of her coach, she trains with the boys. “It’s a great credit to him that he managed to keep me calm. He knew if I was going through a bad period, he didn’t force me to train, he limited himself to saying to me: Sirì, we’re waiting for you at the gym. And then I’d come back”.

The call-up to the national team

So far it’s a beautiful sports story. One of a rare talent, but still, a path similar to that of many boys and girls in Italy. The next step, for all these young talents, is the call-up to the national team, and the first youth tournaments as Italian athletes. The call also came for Sirine Charaabi, at the age of 14. She attended the retreats, trained with the teammates of the national squad. But then, after training, when it was time to get in the ring for international matches, the story freezes. Like a faulty disk, or a video that doesn’t load and suddenly gets stuck on the same frame

I didn’t have citizenship, and I couldn’t represent Italy in official competitions. At the age of 18 I applied for it, and that’s when the waiting started. It works like this: you apply, and then you can only wait for something to happen

The sense of fatalism inherent in Italian bureaucracy system came like a sucker punch to her career (but also her dreams). His future as a boxer, despite her remarkable successes in the national championships, was on the ropes. For disciplines such as boxing, not being able to take part in international competitions is a low blow. Charaabi, however upset, wasn’t down for the count. She kept on training. After graduation, she took a year off, waiting for news from the immigration authorities. She launched a petition on Change.org, but her request to receive an expedited citizenship to participate in the World Cup in India remained unheeded. After 12 months of silence, she enrolled in university. “I couldn’t sit idly by. I followed my sister’s path, and I enrolled in Linguistic Mediation, specializing in Arabic and French. Being a cultural mediator for me would be beautiful: I could work in reception centres, at the boat landings, and from the accent I would be able to understand where the refugees came from. It is a profession that goes far beyond translation, it is a matter of interpreting, which is much deeper”. 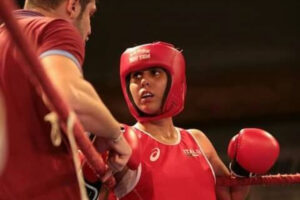 Citizenship comes after victory in the ring

In the meantime, she fought, she won, but she also lost. In 2018, she reached the final in the Italian elite first series championship and suffered a crushing defeat: “I was winning, then she landed punch that I should have parried. And she knocked me out.” A truly painful defeat, one step away from the most coveted goal. Made all the more bitter by the awareness that – even if she had won the title –, the opportunity to compete in the Olympics (“the dream of every athlete”) would still have been denied by the silent indifference surrounding her citizenship request. The image of her paperwork in a dusty, forgotten drawer, as she collapsed in the ring, would have been enough for her to completely abandon hope. But, in boxing and in life, Sirine Charaabi tends roll with the punches. And so she got up again. In 2021 she got her revenge, in that same final that three years earlier had slipped through her fingers because of one mistake. “Trying again and succeeding was an inexplicable feeling. I don’t usually get emotional, but in that ring I could not hold back”. A fundamental title for her boxing career, but with consequences that went far beyond the mere sports field. A few weeks after the victory, while waiting for her turn for an online exam, the phone rings. “In those days, journalists called me all the time, and I was starting to get annoyed. Ok, I won the championship, but I can’t do anything about my citizenship”. She answered the phone rudely, but found herself on the other end of the line with the Prefecture of Caserta, which called her with the notification of acceptance of citizenship. It is not known how Sirine Charaabi’s exam went that day, but certainly her sporting life has changed.

“I didn’t believe it until I touched my Italian passport. I said that to my mother, who was with me. But the first one I called was the Master”, she told NRW. A piece of paper, nothing more. Still, it’s the pass she needed to start dreaming big again. “I have always felt part of Italian society. The piece of paper didn’t give me anything more. But without that piece of paper I could not compete in the national team, my real goal”. The timing of the notification, a few weeks after winning the national championship, is obviously not accidental. “Winning the championship gave me a boost. The vice president of the province of Caserta took an interest in my application. The rest goes without saying”. The image of the forgotten drawer returns. This time, however, a man enters the office, blows the dust off the document, and stamps the sheet: Italian.

And so we have our story, the talent of a young boxer and the fatalism of the bureaucracy in relation to citizenship applications, which risked definitively compromising her dream. A story that feeds the myth of citizenship as a privilege, as a reward, which must be earned, and its arrival is something to celebrate, because more likely, that drawer, will remain closed indefinitely

Sirine Charaabi, italian always, at the age of 22 will be able to take part for the first time in the European championships with the national team. The question remains: what if she had not won the championship?