MOJO: “I didn’t take to the streets for BLM but I think it must be done for the agricultural workers”

From rising star for the Roma football team to trap and the stage at Iper, the first extended suburban festival, streamed online from 21 to 23 May, MOJO tells us what music and identity mean to him. 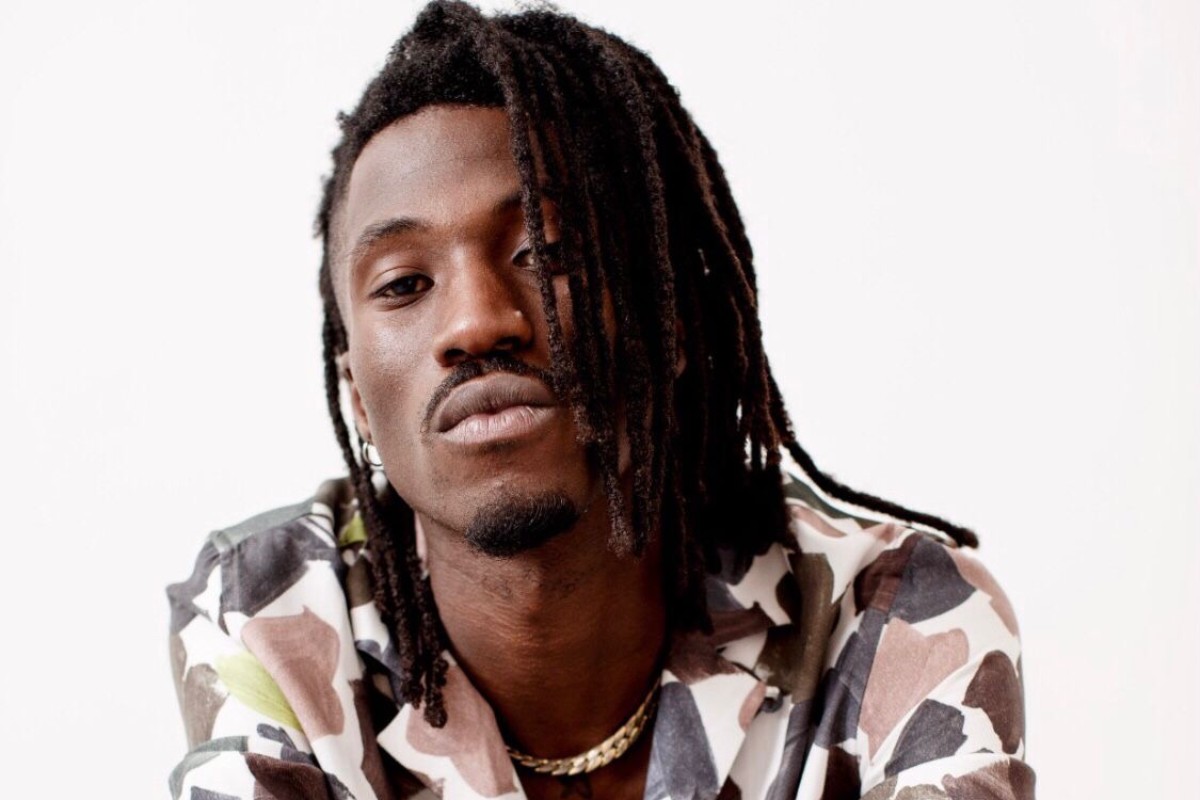 We are officially in the era of phygital events, the term of the moment to indicate the interaction between digital and physical worlds. And it is in this double capacity that Iper, the first extended festival in the suburbs of Rome (and beyond) took place from 21 to 23 May with 400 hours of multidisciplinary initiatives dedicated to the suburbs of large cities, streamed free from the theatre of Tor Bella Monaca. Amid the conferences, installations, screenings, online and offline concerts, MOJO, a young Italo-Guinean singer from the Roman trap scene, took to the stage with the Touch The Wood collective.

MOJO told us about his journey from rising star in the Roma football team to model, singer and supporter of the rights of agricultural workers. He didn’t take to the streets for Black Lives Matter but he believes it is right to do so for the workers who harvest the tomatoes we put on the table every day.

Born in Rome and raised in the Grottarossa district, which he defines as one of the most multi-ethnic in the capital, MOJO retraces the uphill road his mother took when she arrived in Italy from Guinea: “In Rome she went to stay with an uncle who had promised her heaven on earth and instead made her do the cleaning, so she had to give up her studies. She then put herself into the hands of the Guinean community which is well established in the north of Rome, among embassies and international schools. My father was a diplomat from Guinea Conakry. He met my mother at a party, they fell in love and in 1993 I was born”. But the relationship didn’t last long and MOJO was placed in the foster care of two women, two sisters, whom he calls his aunts. He grew up with them, maintaining contact with his family of origin. His relationship with his parents was up and down, says the singer with a bitter taste in his mouth, but fortunately he got on well with the siblings his mother had after him.

From the Roma Primavera team to music

Before getting into music seriously, MOJO devoted much of his life to sports. “I played football at a professional level, starting with the local team and then I got into Lazio, and then Roma. I played in Roma’s Primavera team for ten years. Now I only play with friends locally: the world of football disgusts me for various reasons. One of these is that meritocracy is a pipe dream. Not that it’s very different in other areas, but earning the same money for two hours of training that another person earns in five months didn’t make me feel good”. When he left football, he found catharsis for his malaise in music and, while working on his musical projects, he delivered pizzas and worked as a receptionist to support himself. “During that time, I started writing a lot about what made me feel bad. For example about being dependent on work, which takes time away from other more important things”.

Even in music, meritocracy is a pipe dream; algorithms and social networks control tastes and depend on numbers. “Take rap, for example” says MOJO, “in Italy it went mainstream when it became fashionable, when people realised that it could make money. In Italy, rather than talking about what is not working in society, rappers talk about Rolexes. And you get into the charts if you pay, but I want to be successful because people like my music, not because I paid for followers on Instagram”. In 2020 he published the EP Tripolare, which focuses on his multiple personalities, linked to his different roots and families. They are songs that tell stories and feelings. “I’m interested in talking about life, like in Jasmine, which features a lesbian Muslim girl who grew up in an extremist family, or Jackie, a girl who has dark skin but reads romantic novels. Or like Vernice, a song that is about to come out with a video-documentary which he worked on with Isabella Torre and Jonas Carpignano, an Italo-American director who was awarded the Donatello David  for the film A Ciambra, on the Roma community of Gioia Tauro in 2018”.

Speaking of how identity is represented, MOJO has precise ideas on how it works in Italy compared to other European countries such as France and England where, starting with music, rap culture has different roots and has always been intertwined with the issue of ghettoization. “In Italy it is another story. I did not take to the streets for Black Lives Matter but I believe that it must be done for the agricultural labourers who work in the fields. I feel like it’s making fun of us when people go on demonstrations for African Americans using slogans that don’t belong to us”. He is sceptical about the issue of being politically correct at all costs, about cancel culture and about the revolution of definitions taking place in recent times. “Young people born since 2000 don’t even think about these things, we are the ones who worry about words, but I am more interested in the content. Of course, there is no denying the widespread ignorance when people insult you because of the colour of your skin, I know that well, and it is a theme that I deal with in my songs. Like in Vernice, in which the protagonist says: ‘I thought it was paint but soap had no effect’.