We will win. The promise of Iryna Luts of the association Ukraine Più Milano

The story of Ukraine Più Milano, which in recent weeks has been collecting medicines and food, but also helmets and bulletproof vests, for Kiev. 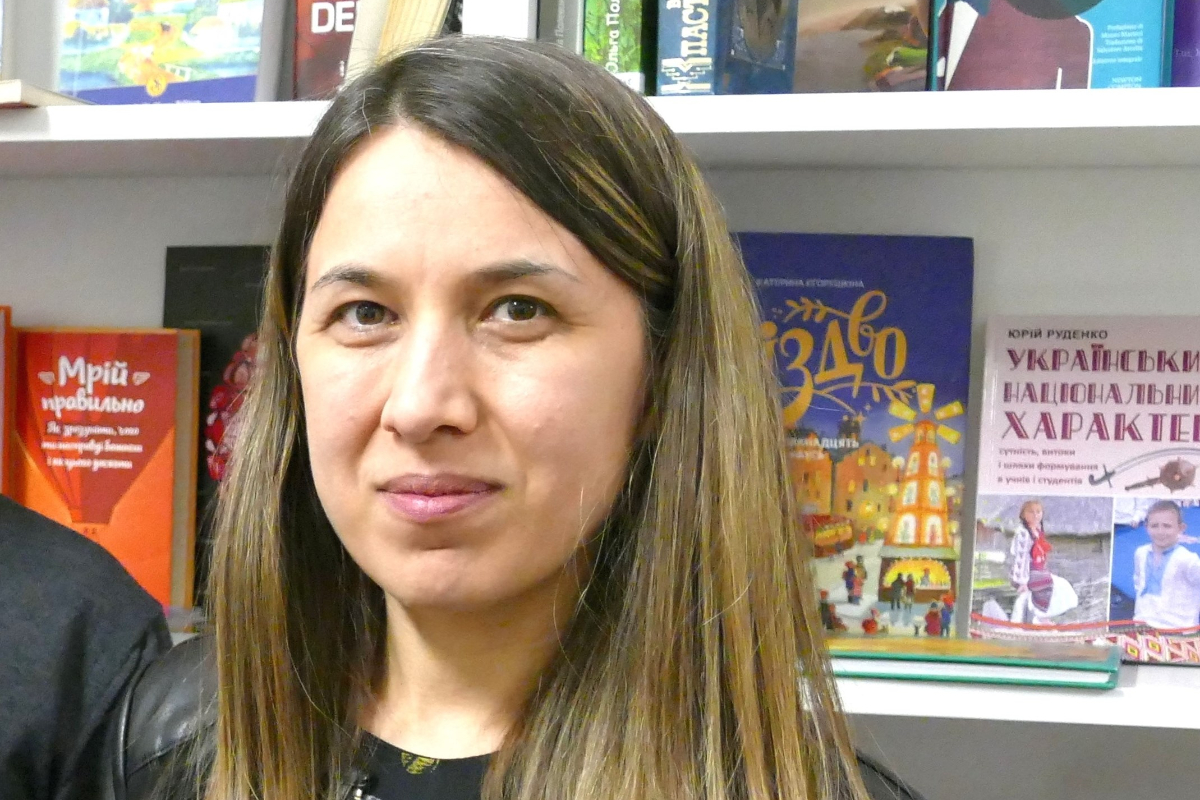 She doesn’t say Vladimir Putin’s name, not even once. Iryna Luts, 42, a Ukrainian from Stryy in the Lviv Region, living in Italy since she was 18, but still waiting for citizenship, she has a Calabrian husband, a nine-and-a-half-year-old daughter, a job in the banking sector, an association called Ukraine Più Milan , and she refers to the Russian president only as him.

We are shielding the whole of Europe against Him. We are not only defending our territory, but we are fighting for the defense of our values and human rights

Ukraine Più Milan was born in 2015, a year after the invasion of Crimea. At the beginning it was only an association for the cultural and touristic promotion of her country. Now it is something much more. “No one knew Ukraine until then. Out of nowhere we set up a library with texts in many languages, including Russian. And then a corps de ballet. Now we mainly raise funds to send medicines and pre-packaged food to Ukraine. But also, non-lethal defense tools such as bulletproof vests and helmets. You can’t defend yourself with your bare hands.”

Fear for relatives and friends left in Ukraine

Her parents are still in Ukraine, in Stryy. “They are quite safe for now, but they have told me that they will never leave their home. My brother, on the other hand, is engaged as a volunteer in the construction of defense systems, he is more useful like that. It is clear that we are all very worried, the situation in two weeks has degenerated. But what is happening is only the consequence of a war that has been going on for 8 years and that the West has preferred not to see. It is clear that they are all with us now. But if the world had acted earlier, this would not have happened.” Under the Russian bombings, with civilians machine-gunned, hospitals blown apart and entire families, including children, annihilated by the march of tanks, talking about Ukrainian nationalism perhaps makes little sense.

Iryna Luts, in the face of all this, is incensed: “When I see the images of my country invaded, it’s like watching films of the Second World War. When friends tell me that they have lost their houses, I try to put myself in their shoes but I can’t even imagine what they are going through. If He, that wicked madman, sends missiles, we can only defend ourselves. We have never been Russian, even when there was the Soviet Union.”

Our language was forbidden. My father never wanted to join the Communist Party and my mother, who worked in a shop in a neighborhood inhabited by soldiers, always had problems because she spoke Ukrainian. You have to go back a hundred years to understand what is happening. They called us the most important Republic of the USSR after Russia, but this is not true. It was the Russians who needed us, especially our raw materials. Without Ukraine, Russia would not have existed.

“I remember that on New Year’s Eve when it is customary for children to dress up, like it is here at Carnival, my mother always wanted us to wear embroidered blouses and put flower circles in our hair, as in the Ukrainian tradition.”

In our association, there is a Russian dancer. He doesn’t support Him. I have friends and acquaintances in Russia. All exquisite people who do not think like Him

…or with the library open in the Affori district, an important cultural center for the 19,000 resident Ukrainians in the city, a figure which doubles counting those without papers. “We had books in all languages. Those who say that we Ukrainians in Italy are only caregivers speak out of ignorance and contempt. Many of our caregivers have a bachelor’s degree. One of them wrote a children’s storybook. I work in the banking sector, others in the insurance sector, there are managers, people who work in the cultural field or in the entertainment world. Ukraine Più Milan was born for this very reason».

Then came the war. The world has changed and so have the lives of the 248,000 Ukrainians living in Italy. “To the people who ask us how the war will end, I answer that we will win. The suggestion that Ukraine will surrender is unthinkable. It is not acceptable that in the twenty-first century He invades another country with missiles, tanks and planes. But in the end, he underestimated us. We are Ukrainians and we will win. At what price is another question.”