She began writing in high school under the pseudonym Sabrynex. Discovered by Rizzoli, now she wants to give voice to the second generations without rights. 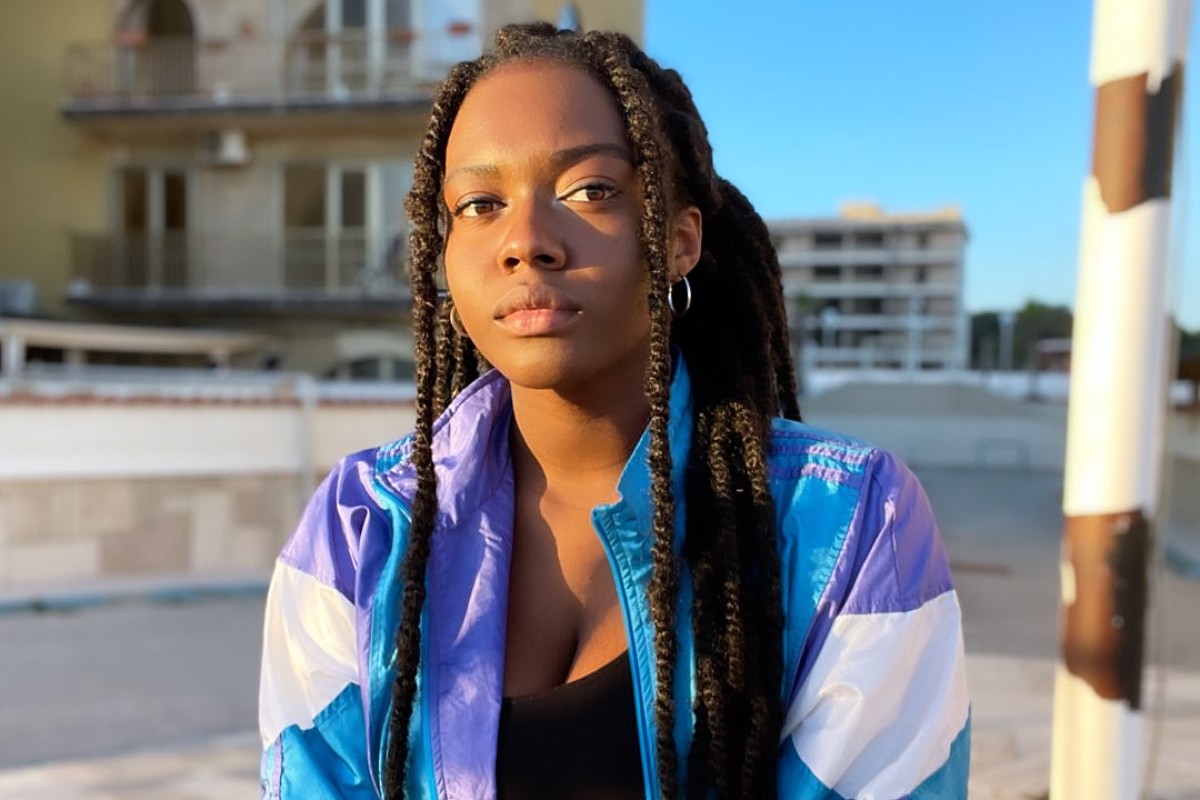 I was born in Castel Volturno in 1999 to a Nigerian mother but grew up in a Neapolitan family who I was given to a few days after birth. A student in Digital Cultures and Communication at the Federico II University of Naples, I have always been interested in the issues of discrimination, racism and social inequalities. At sixteen I started publishing my three novels for Rizzoli, OVER (2016), OVER 2 (2016) and #TBT Indietro non si torna (2017). I decided later to stop writing young adult novels and to try my hand at a more realistic and autobiographical writing, which can give a voice to Italian children born to foreign parents but who are not recognized as such.

The first years in Castel Volturno

I was born in Castel Volturno at the end of the 90s, and I say it seems almost surreal, as if from that year to today nothing good could come out of that place: not even life itself. I was born and raised in a country that was born before me, but grew up in me like a flower, which I cultivated and loved all my life until it was revealed to me that it did not belong to me. To be born in Italy and let Italy be born in you, and then be torn away. I spent most of my life moving between Castel Volturno and Naples, where my maternal grandparents live; maternal from my white Italian mother who took me with her and loved me since I was a child. I was born with black skin in a mainly white environment, from my younger cousin to my farthest uncle.

It is as a child that I enjoyed my full innocence, and the innocence of the world around me: it is easy to feel equal to others, when no one tells you that you are different

Growing up, that same innocence began to sully because you see yourself reflected in the eyes of others. I was attending middle school in Scampia, I lived with my grandmother and that’s where I started to understand what it meant to have black skin.

The teachers who asked me if I preferred the term “black” or “coloured” or even “neg*o”. It’s easy to think that there was nothing wrong with that question, but, inside, I wondered why it was necessary to ask me. It was the first time someone openly asked me if I wanted to be called “neg*o,” and I didn’t even know why that word hurt me so much. They never put it to me as my decision, they always threw it on me like freezing water when it’s already cold outside. Between one occasion of total alienation to another I found an answer to all the questions that I did not know I was asking the world. I found, almost by chance, writing; almost by accident because I wasn’t looking for it, or at least I didn’t know I was looking for something that could make me feel somehow real and at peace with myself. I wanted to be at the center of the stories I wrote, even though I was aware that I had never been the protagonist of my own life.

I felt the need to tell something that did not hurt, or, if it really had to hurt, the ending had to be the most beautiful and everyone had to find love

I began writing and publishing my novels online under the pseudonym Sabrynex, during my early high school years. My novels were set in the United States or the United Kingdom, Italy never came into it. It was important to me that the words were mine, but that the story had nothing to do with me and my truths. My books and I didn’t even have the same fears. The protagonists of my three novels are divided into small things: they are blondes, some brunettes, with green eyes and others blue.

The only thing that unites them is that they all have a privilege that I myself did not know I was giving them: the color of their skin, white as I could only imagine it, white as everything I am not and never will be – luckily or not, I would only discover it in the years to come after publication. Writing novels that have nothing to do with the author is nothing new, but what I have analyzed in recent years is that I never tried to describe something that could be different. My stories told of love between young people, broken hearts, broken families, addictions, and all sorts of dramas on which my imagination could safely indulge. Stories and situations that I have never experienced: I did not even know what love was while describing a kiss.

Looking around now, I realize that I have always avoided what was the most important, truest, most compelling and, at times, even more dramatic story: my own

Rizzoli asked me to publish my first novel OVER when I was still only fifteen years old with a whole universe to waiting to be discovered. My old publisher found the novel online, on the platform called WATTPAD, and behind those lines was just the name Sabrynex. There was no real name, there was no age, there was no culture, there was no photo, there was no sex. It was just a name, any name, that had managed to get four million readings on a literary community where anyone could write anything that went through their heads and free themselves through writing.

The day I became a writer

I arrived in Milan to meet my publisher with my two mothers, a black one who gave me life, a white one who gives life to me every day. I was entrusted to an Italian banking family when I was only eleven days old. My editor was faced with all those colors and sensed that there was a bigger story to tell, but he also understood that it was not yet the right time to do it. My last novel for Rizzoli was #TBT Indietro non si torna – published in June 2017 – which put a momentary end to my path as an author. In the book, I addressed the theme of the abandonment of a mother, even if in my case it was lived in a slightly less common way, it was important for me to open a window on the pain and responsibilities that you have once you are an adult. I decided to stop with writing because when you are too young and you see yourself invested with so many responsibilities, which being an author provides, you need a break to breathe. Writing has helped me to understand who I am, books and writers have taught me that you are not alone and that feeling like a stranger is the same for everyone but that’s not why it’s normal and that’s okay. You can do something to change, to make it clear to others, and staying silent is never the right decision: whatever you come from, whatever you’re called.

Now, at the age of twenty-one, I am writing a novel about my fears, which speaks the same language as me, which speaks of my eighteen-year-old mother’s journey from Nigeria to Italy, which talks about the sacrifices, my wounds and all the people born in this country who have seen a flower that belonged to them torn away.