Pamela Malvina Noutcho Sawa, a life between boxing and nursing

Italian boxing champion, she fights in the ring, in the wards of the Maggiore hospital in Bologna but also for the rights of young Italians of foreign origins. 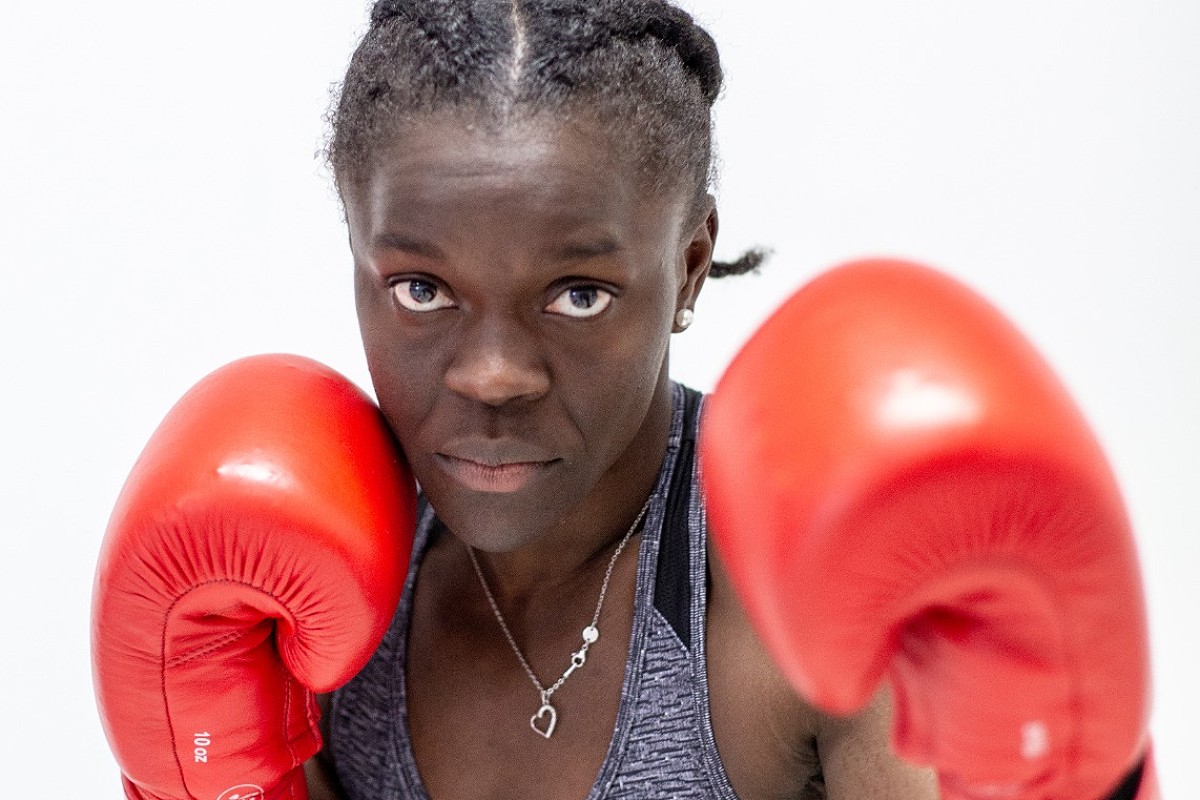 Pamela Malvina Noutcho Sawa, born in ’99 and daughter of Cameroonians who migrated to Italy to study, has little in common with her homeland. Her home is Bologna, the city she moved to in order to attend the Faculty of Nursing. At the age of eight she left Cameroon and moved to Perugia with her parents, “but it was in Bologna that I blossomed. I took a course of study that I liked, but above all I discovered boxing“.

Reigning Italian champion of  Elite 64kg boxing, Pamela Malvina Noutcho Sawa divides her days between the wards of the Maggiore Hospital in Bologna and the gym where she trains hard with coach Alessandro Danè. It’s a continuous fight, especially during the pandemic, however it’s one that does not always pay off. Malvina Noutcho Sawa is in fact among the best boxers in Italy, yet “not having citizenship limits my competitive career very much”, she tells NRW.

“I’ve been in Italy since I was 8 years old, yet I still haven’t been able to get citizenship. It was a constraint and led to great renunciations and missed opportunities in my boxing career. I dreamed of the national team, but in the end, I chose to try to enter the Pro category“.

What’s the difference between the amateur and pro categories?

“In addition to technical aspects such as the duration of the meetings and the type of equipment you wear, the perspectives change. As an amateur I have already fought against almost all the opponents of my weight in Italy, but without the transition to the Pros it is impossible to aspire to foreign meetings. It is an alternative way to the national team to fight in Europe, in the world.”

If you had citizenship, would you be in the national team?

“Nothing is certain. But after my victory at the Elite National Championships, it would have been natural to continue with the National Boxing Team, or at least to be invited to fight. I took the gold, and no one called me. The girl who took the silver, very Italian if we want to say so, was immediately contacted by the national team and took part in many meetings. It’s frustrating to know that I’m stronger, but to be penalized for something that doesn’t depend on me.”

Have you thought about giving up?

“Never. I feel Italian, but inside me there’s a bit of my parents’ culture. My mother would say, “You’ve made a choice, carry it forward.” Tenacity and hard work are the traits that I brought from Cameroon and that run through the veins of our family, and my whole life has been dictated by these rules, in my work as in boxing.

My coach always says that my best quality is to get in the ring and not give up until I’m done, no matter how tired I am. For me this is how it must be: whatever you are doing in life you have to do it better, because you never know what doors could open

Is not having citizenship a discriminating factor even in work?

“As far as my job as a nurse is concerned, I am one of those lucky few who, having a residence permit, can also access the public sector. I therefore have the luxury of working in a public hospital. In the case of professionals of foreign origin, it is precisely the case to call it “luxury”, even if it is an injustice. We work like everyone else, sometimes even more because we feel we have to prove our worth continuously“.

A life between nursing and ring, it can’t be easy…

“It’s not. If ever someone’s looking for me, they know they can find me at home, in the gym, or in the hospital, end of the options. Half of my day I train, half I am a nurse, after which I have dinner and go to sleep. My coach says that I have a different energy from my colleagues, perhaps because as a second-generation Italian I feel I have to prove something, I have to work twice as hard.”

“Before Covid I didn’t even feel the effort in boxing, I have to be honest. Now it’s beginning to weigh on me, also as a physical consequence of psychological fatigue. Before I could stay in the ring for hours without getting tired, now when I train after a shift in the hospital, I arrive at the second hour of training and I feel I have given everything I had“.

What if you had stayed in Cameroon?

“I doubt that I would have ever considered boxing, but it would have been the same if I had stayed in Perugia with my parents. My father has always been supportive, but my mother doesn’t see why, now that I have a permanent job, I’m not already married with children. She’s not hostile to boxing, she just doesn’t understand.”

It’s really hard for children of immigrants to balance two separate worlds and resist the social pressures of family or country of origin. I try to take the best of both, but to do that I had to break away from it all

If you could speak to the President of the Republic, what would you ask?

“Perhaps to reintroduce civic education at school, or a similar subject that helps raise awareness among today’s young people, who are the future of this country. Of course, simplifying citizenship laws is fundamental, but it is not only the law that gives the rights, it will not be a sheet of paper that will make me Italian. I have two teenage cousins, both have citizenship, yet if you ask them, they answer that in everyday life they feel rejected with every fibre of their beings. This makes it clear that it is not enough to be on paper, if then the recognition of others is lacking”.

It is the conscience of the people that has to shift, it’s up to those around you, your neighbours and colleagues, to understand that if you grew up in Italy you are Italian, because you have, often as your one and only reference, Italian culture