Municipal councillor in Fermignano for 5 years, Othmane Yassine participated in the NRW workshop on diversity and politics. 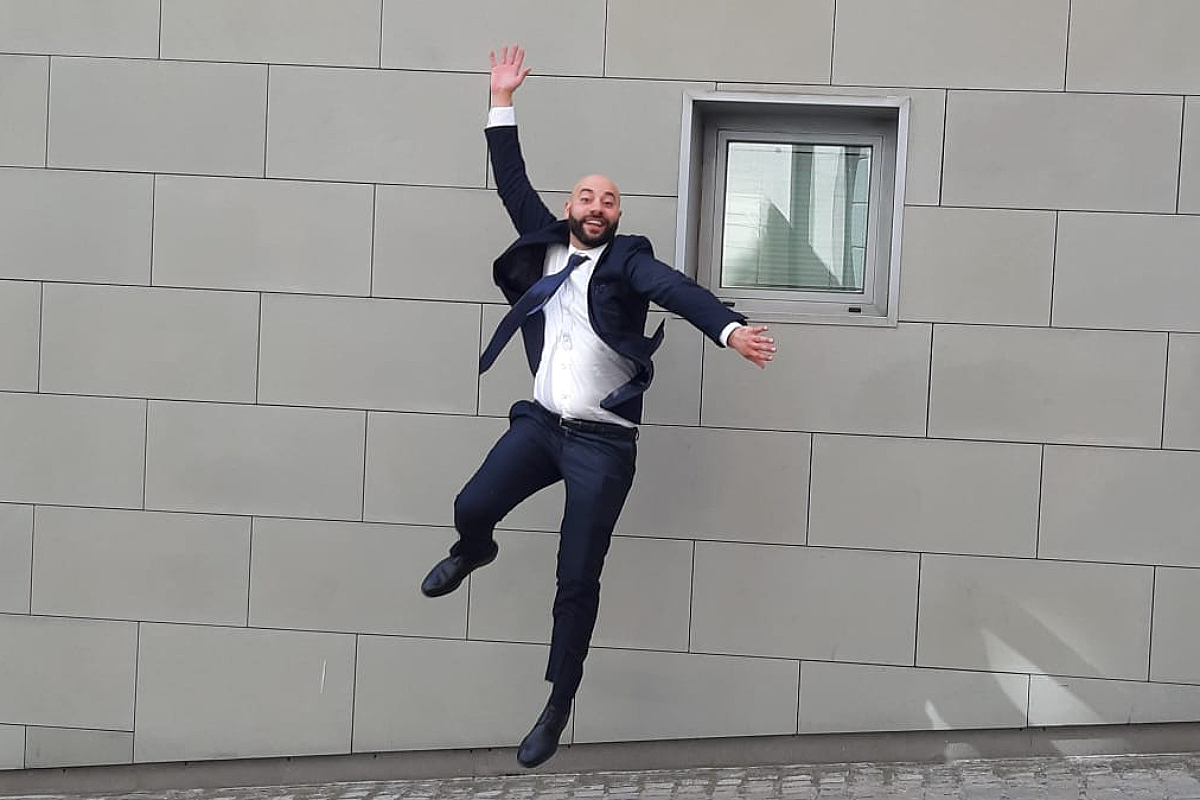 Young lawyer, creator and promoter politically of social inclusion, Othmane Yassine is in his second term as a municipal councillor of Fermignano, a small town in the Marche region. He was one of the speakers at the workshop organized by NRW in Genoa, “Diversity leadership in active politics”.

He began to do politics following his restless spirit, as a 25-year-old in a region governed for the last ten years by the Northern League. Moved also by a feeling of social rejection that he had never experienced before, he says he “arrived from Casablanca in ’97, and as a single foreigner in practically every context of everyday life I experienced a forcibly rapid integration”. At the age of fifteen, someone from the Northern League of Fermignano put a leaflet in his hand that read “Give Italians boys preferential access to the gym”, a gym that a year earlier had been requested by the Islamic community to pray at the end of Ramadan, in fact upsetting the life of the town. This was the starting point for his sense of identity but above all the beginning of his political career: “For the first time I felt the rejection of who I am. It made me ask the first questions about identity and politics.”

The beauty of being a minority, according to Othmane Yassine

Othmane Yassine decided to approach the PD, which at twenty-five offered him the chance to run on a civic list linked to the party. A choice that, as often happens to those who live the richer singularity, also carries a double weight on its shoulders. “I accepted with the anxiety of responsibility, knowing that if I were successful with my ideas, I would become a positive and replicable model, but if I failed I would hamper the way to other foreigners in politics. Everyone would use my example to say: Remember what a disaster it was when we nominated Othmane Yassine?” he recalls.

That symbolic role certainly weighed on him especially during the election for his first term, “There are so few of us of foreign origin in politics that, when we run, ethnic minorities necessarily feel represented”. But Othmane is also the face of a politics that does not only represent a niche. Like other young politicians that NRW has followed, the real change lies in representing everyone, in making social inclusion without blinders and being the representatives of all citizenship. Yet Othmane is very aware of the importance of coming from a minority, and the political responsibility that comes with it.

We are flagbearers of a minority, of a certain sensitivity towards needs that an indigenous person does not see. We see things that those born with the fundamental rights already guaranteed by their predecessors, who created their society according to their cultural needs, do not know

Diversity and inclusion in local politics in the Marche region

Othmane has been a councilor of Fermignano for five years now, and in recent years he has tried to bring the concept of diversity into a wide-ranging policy, which makes Fermignano an example to follow. Three years ago he created the charter of mayors for social inclusion in the Euro-Mediterranean area.  He explains how this is an idea “born from the fact that municipal offices and administrations suffered the phenomenon of migratory arrival without knowing it, both from a linguistic point of view and at the level of service provision”. He then decided to involve the department of sociology of the University of Urbino and conduct an analysis of the needs of the region. “From there we asked the university to draw up an action plan that we brought to the municipal administration. The project then involved 24 mayors of the region, who participated in the conference and signed a charter in which they committed themselves to implementing the recommended actions.

The mayors’ charter was also presented in Brussels and won the Amif (Asylum, Migration and Integration) fund of the European Union through the PISTE (Participation in small and medium-sized towns: Experiences, Exchanges, Experiments) project. According to Othmane, “putting diversity in the position of subject is already a change. We of the second generation have never done much in politics.”

Among the initiatives launched in these 5 years was the opening of the first official mosque in Pesaro Urbino, a need that Othmane felt firsthand, “and that had never been perceived by other councilors or by previous administrations”. But the eye to detail, to diversity, has also had a weight during covid:

With the blockade of national and regional borders, and in the absence of an Islamic cemetery in the region, those who had a faith other than Christian did not know where to bury their loved ones. In Fermignano we opened the first provincial Islamic cemetery

I for diversity, according to Othmane Yassine

At the workshop Othmane spoke of I for diversity, that is 3.0, “a diversity no longer internal to nations but European, made up of fast and globalized phenomena. Think of a boy born in Morocco, who grows up and gets married in Italy. Together they have a son, they move to Germany for work, the son studies in Germany, he finishes his studies in France, where he gets married and has a child in turn». A phenomenon of external migration, but then internal to Europe itself which, already normal but increasingly frequent, “imposes a different discourse and a different policy, destined to look more at the likes, at the services it proposes, instead of providing a certain culture and identity”.

What is citizenship today? We have to get used to a broader concept of citizenship, an administrative tool that grants you certain rights. This is political freedom, a politics that detaches itself from the identity dimension and does not defend only an ethnicity, or a religion.

A discourse, that of identity politics, which for the new generations of Italians seems to be already on the agenda, almost taken for granted. Yet the rest of politics, the less progressive or less attentive to social change, does not seem to be of the same opinion. How to make diversity in politics a non-niche discourse?  “Everything will change when diversity is not seen as a luxury, but as a fundamental human right.”