Johara, the Italian Moroccan pop r&b artist who did not need X Factor

With her heart in Morocco and her studies in the province of Milan, Johara tells us about building self-esteem at the age of twenty and releasing four singles in a year with Platinum Label. 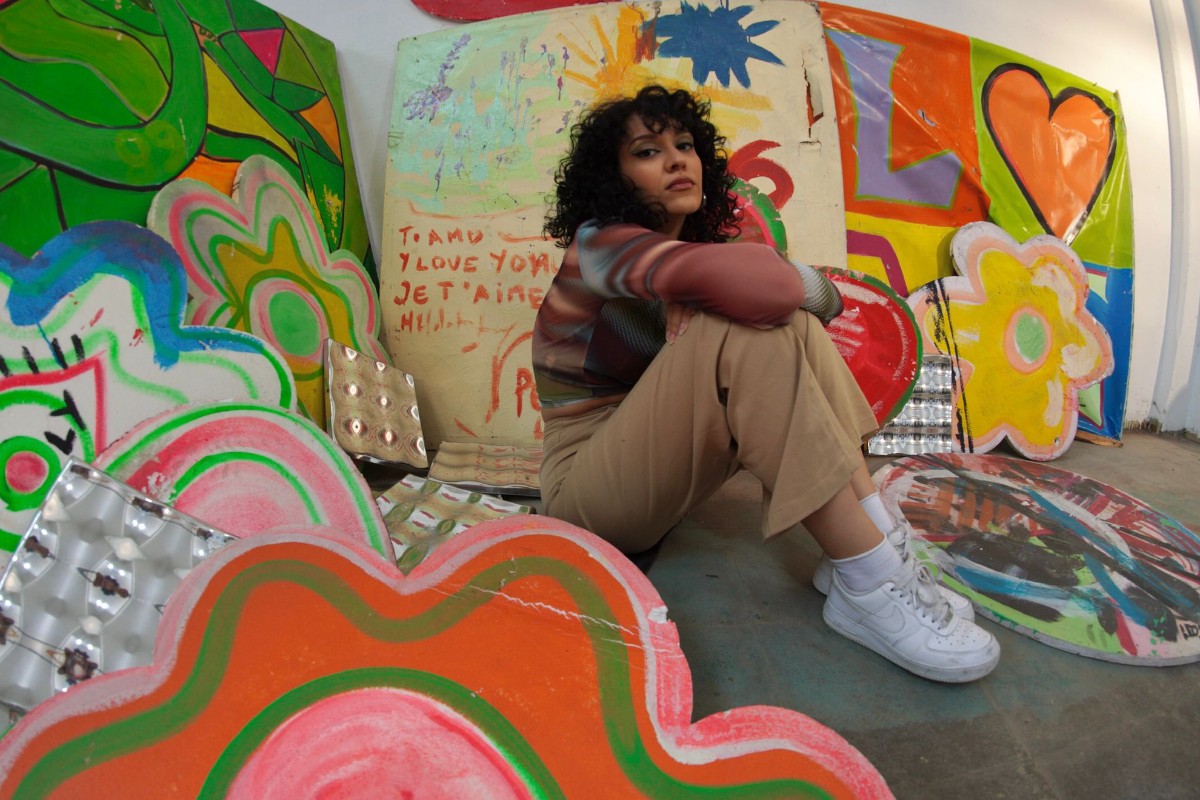 If your parents met at a karaoke maybe it is written in the stars that it’s your destiny to be a singer. Johara laughs on the phone when she tells NRW how her mother, who arrived in Italy in the nineties from Morocco, and her Italian father first met. She was born twenty years ago in the province of Milan, where she still lives, and on December 21 she released her fourth single of 2021 for the Platinum Label label, entitled Dimmi cosa c’è. She can’t stand trap, instead she loves Mahmood and Malika Ayane (who is also of Moroccan origin like her). Speaking about her lyrics she says: “After writing so much in English it was like breaking up with a boyfriend: I cut my hair and banged out my first song in Italian”.

Even her name, Johara, which comes from the Arabic word jewel, has a musical sound, which she says was, maybe surprisingly, chosen by her father, the Italian half of the couple. “My parents separated when I was 9 years old and I have always lived with my mother. On the other hand, I saw my father at the weekends.” She made a gradual approach towards his roots: “I don’t speak Arabic unfortunately, but I understand it, even if with my mother we communicate in French and Italian. The truth is that in the early 2000s in Italy there was a certain contempt for Moroccan culture and I didn’t want to appear to be a part of that world. As I grew up, I understood the importance of my roots and I felt that I wanted to get to know them better”. Since then, Johara has taken advantage of every occasion that her mother, who travels extensively abroad for work, was in Italy to investigate her Moroccan family and traditions, including religious ones. “I learned how to prepare tagine and how to drink tea, and I started listening to traditional Moroccan music, which has a beautiful rhythm,” she says with an amused and, at the same time, proud air. “I went to Morocco when I was about 12 years old and I saw a lot of the country, I got as far as my mother’s city, near the desert. I knew she used to walk five kilometres to school and I couldn’t wait to retrace those roads.” Bedroom music Now Johara is in her third year studying Economics. With music, however, she is self-taught: «Music and I are twins, I do not remember a precise moment in my life when I began to have this passion because it is as if it has always been there. But I’m practicing with my manager who acts as my vocal coach. It’s not easy to find people who want to help you improve but don’t want to change you.” As a total newcomer, she asked for help on social media to record a song she had written and, through a series of contacts, she signed with the label that releases her work now and found her producer Seck and manager Emanuela. In 2021 she released four singles, starting in March: Non ci sono più, Sensi, Sguardi and the last Dimmi cosa c’è, all accompanied by videos. “I think if you’re up-and-coming, people need to look you in the face. Although videos work a little less well than before. Now, we all use streaming platforms but before you used to watch YouTube,” Johara says when we talk about music on the net. “With Spotify I have a relationship of love and hate, the quality of listening and absence of lyrics, which for me are fundamental”. She tells us that she worked a lot on writing in Italian, because when she was writing “bedroom” songs, as she calls them, she wrote only in English, but for an Italian audience it doesn’t work. And as a result, she began to work on her self-esteem, because at first listening to herself in Italian “was a disaster”.

In the summer of 2021, Johara’s life was momentarily interrupted by the turbulent spell on the X Factor: “It wasn’t in my plans but it was proposed to me and I didn’t think about refusing. They asked me to bring 15 pieces to prepare in 10 days, I was constantly rehearsing and I felt under a lot of pressure. When I passed the auditions, I was summoned to Rome for three really exhausting days, which ended with a door in my face. The experience was undoubtedly interesting, but unfortunately I was not treated well. And I didn’t receive any constructive criticism to work on, at least not from the big names on the programme who are more interested in doing the live shows.” There is a tendency in the talent business and music labels, she explains, to penalize those who do not write their songs as if interpreting meant not being talented. “It makes me angry when young and good artists are discarded for this reason. Interpreting is also an art”.

How does she feel being twenty-year-old artist of foreign origin in light of the recent wave of movements fighting for civil rights? Johara is not the type to take to the streets to protest but considers herself a clicktivist, a sort of keyboard activist. “One of the causes to which I am most attached is racism, which I know first-hand. Although ironically I often hear that I’m not dark enough to be directly involved.” But she tells us that as a young girl she heard herself called monkey, kebab or even with “the N-word” “, « even by guys who were interested in me … » she adds with a grotesque note. But it seems to her that racism in Italy is a question of gender: “From my point of view, I see much more racism against men with dark skin: a woman usually is spared because she is beautiful”.