Higher concentration of foreigners in prison than in society. The Italian and European anomaly

Three out of ten detainees are foreigners. In Italy as in Europe. The reflections of the former director of the prison of San Vittore, Luigi Pagano. 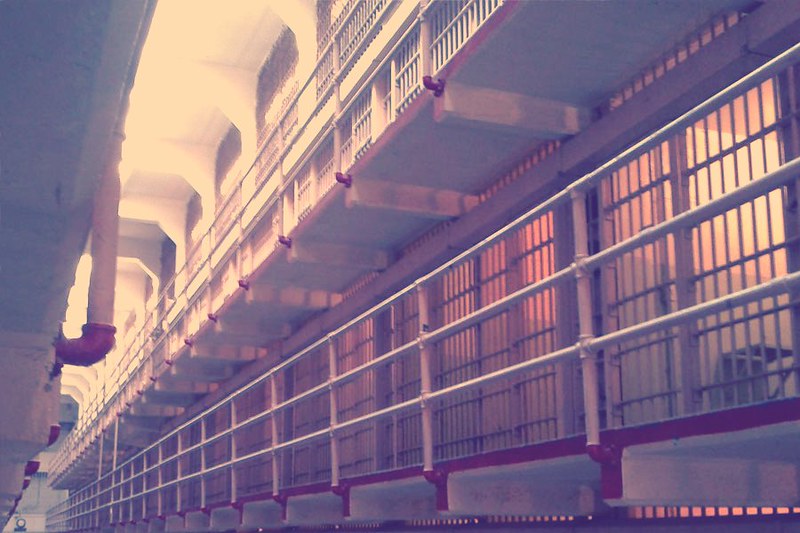 In Italy, one in ten people are from overseas. In prison, however, the percentage of foreigners is three times higher, as was confirmed in the recently released report from the Department for Penitentiary Administration. As of October 31 last year, the latest available data, there were 54307 inmates in Italian prisons, of whom 17315 came from another country. But the amounts in each prison vary, with some at a much higher level.

There are prisons where the level of foreigners easily exceeds 60%, as in the Vallette di Torino, in San Vittore in Milan or in Rome, both in Rebibbia and Regina Coeli

NuoveRadici.world spoke to Luigi Pagano, 67, from Naples, who had a 40-year career in prison administration, 15 as director of San Vittore in Milan and then for a decade at the top of Il Dipartimento dell’Amministrazione penitenziaria (DAP or department of prison administration) in Lombardy and as deputy to the national DAP, for his reflections on these figures, which are actually reflected around Europe. “The figures have been stable for years, perhaps in the last few years they have even decreased a bit.”

In the nineties San Vittore was a prison of foreigners, with more foreigners than Italians because the root of the problem lies in the crimes committed, those due to the lack of integration

Street crimes one might say. Less serious perhaps but punished equally severely. According to DAP statistics, 20% of foreigners are in prison for drug dealing, 10% for crimes related to prostitution, 9% for assault/bodily harm, 8% for murder, 8% also forgery/counterfeiting, 6% for theft or robbery. “The most serious crimes are made by the Italians. But the conditions for foreign detainees are worse.”

Article 27 of the Italian Constitution, which states that one of the aims of a jail term is the rehabilitation of prisoners, is difficult to apply with foreign prisoners.

“There are literacy problems, many are irregular migrants so they cannot work or they live in housing that is unfit for people, so the presupposition of reintegration is no longer met.” The problems seem to arise first during the trial phase, when it is up to the judge to decide whether convicts are sent to prison or if an alternative measure to detention can be applied. At that point, according to the Antigone Association, one of the most important observers of what happens behind bars, a sort of prejudice is triggered in those who have to judge and decide: “Immigrants suffer more from precautionary detention measures than Italian nationals. The over-representation of immigrants among those who are inside prison awaiting conviction is also a sign of a discriminatory judicial system on an ethnic basis.

For irregular immigrants, there’s no hope of an alternative to prison

‘Judges often justify detention orders by arguing that immigrants without a residence permit do not have a permanent home where they can be kept under house arrest. In reality, very often they have a house or a room to live in but this can’t be listed as their residence because of their status as an irregular immigrant». Justice Minister Marta Cartabia has repeatedly stressed the need to implement alternative measures to detention. There is a limit to the number of prisoners the overcrowded Italian prison system can take, which is even worse for foreigners, convicted for less serious crimes, as Luigi Pagano explains: “There are about 10-15 thousand prisoners who have sentences of a year or so, adding to the fact is prisons are overcrowded, and we need to think what all this means to one of the central purposes of jail, the rehabilitation of prisoners. It is a long-standing problem, which affects detention facilities especially those with a large foreign prison population. Beyond the objective conditions, there is a real problem of resources, there are always too few interpreters and cultural mediators who can reduce the gap created by communication difficulties”.

Even in Europe most prisoners are of foreign origin

It’s a well-known problem but not only in Italy. The University of Lausanne has surveyed the prison population in Europe. Out of a population of about 800 million, there are 1 million and 737 thousand detainees according to last year’s surveys. The average percentage of foreign-born prisoners in Europe is 21%. But in Switzerland, the country with the highest levels, it rises to 74.3%. Italy is in fourth place, but with almost double the European average at 35.3%. The figures on detainees awaiting trial are as dramatic. The European average for foreigners stands at 28%. In the Netherlands it’s as high as 53.7%, Italy is again in fourth place, at 43.1%. If prison is the worst reflection of society, at least on one point it seems to be better. Incidents of racism in the face of such a high concentration of foreign detainees are marginal. The former director of San Vittore Luigi Pagano provides us with an explanation: “Beyond solidarity between prisoners, we must consider prison as a common ground of similar deprivation for every prisoner. In your cell, you have to live with the other inmates from whatever country they come from. And in the end, everyone thinks only for himself.”