Colin before Kaepernick, the Netflix series about the football icon

The Netflix miniseries about champion Colin Kaepernick lets us in on the hardest game for a young black sportsman: finding and defending his identity on and off the field. 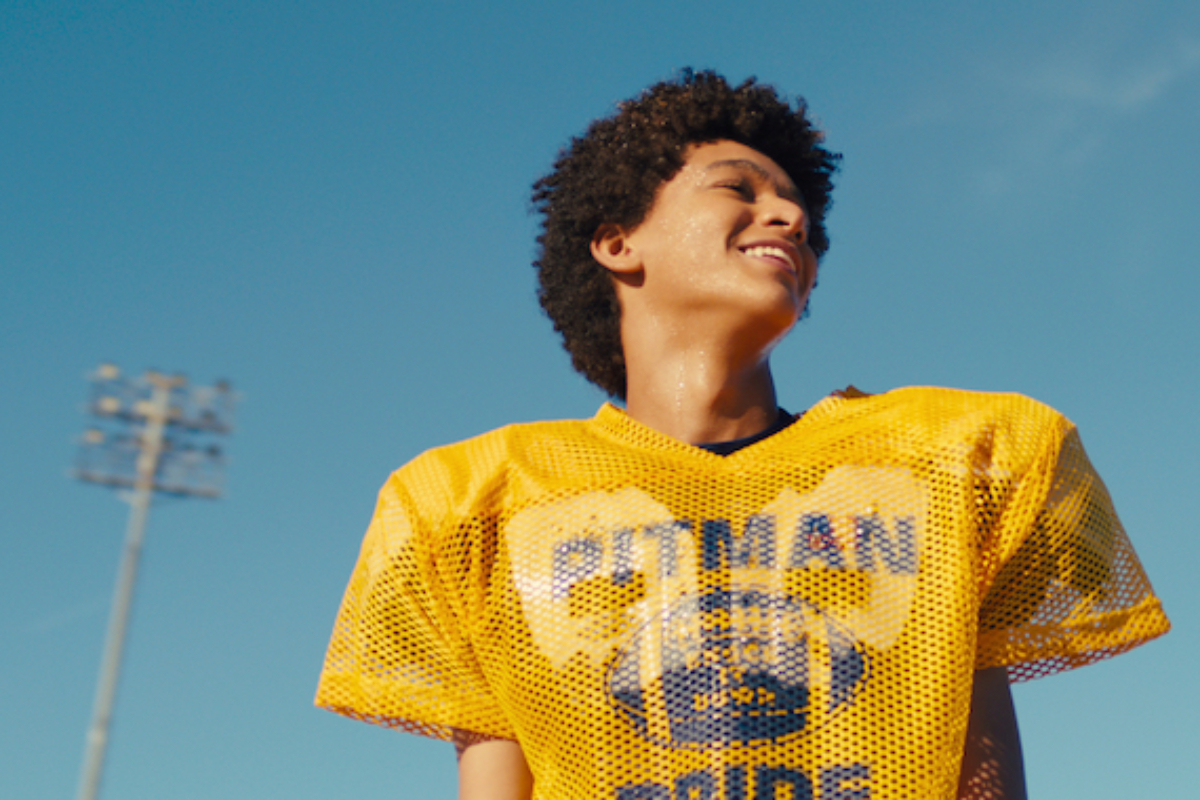 As a boy, you don’t think they’re preparing you for a system. You like to play football. And you just want to join a team

Before Colin Kaepernick’s six seasons with the San Francisco 49ers, before the decision to kneel during the American national anthem as a sign of protest against police brutality against blacks, before being left without a team and before becoming a flag of the BLM movement – and protagonist of a beautiful Nike campaign in 2018 – there was only Colin  who wanted to play football.

Although part of Netflix’s biographical strand on sportsmen, Colin in Black and White, the series produced by Colin Kaepernick himself with director Ava DuVernay (who directed  Selma and the miniseries When They See Us),  aspires to be much more than the reconstruction of the dawn of the quarterback’s  career. Coming across like a modern day coming-of-age novel, Colin, played by Jaden Michael, not only grows in muscle mass but also in the awareness of who he is and what he wants for his future. And above he discovers the obstacles and prejudices of others that he must overcome to play the sport he has chosen but also why he should never be content to make do.

The son of a mixed couple who was adopted a few weeks after his birth by the very white Kaepernicks, but that part of his story in the series is completely neglected. What we see on the screen is the teenage Colin who lives in Turlock, California. A life with two very well-meaning parents who, however, struggle to face up to the blackness of their third child and often cannot (or refuse to) see how hostile the outside world can be towards them.

And since the Colin on the screen is the well-behaved boy from the Californian countryside unaware of everything, in the most significant moments of the narrative it is once more up to the now adult athlete and activist to intervene in person to explain what the young Colin was living through but didn’t know or couldn’t fully understand.

In addition to the voice of the ubiquitous Kaepernick, the six thirty-minute episodes each are supported by a powerful soundtrack, which rests on the shoulders of Pulitzer Prize winner Kendrick Lamar, Missy Eliot’s Work It, James Brown’s Give It Up Or Turnit A Loose and includes Outcast, Nas and Freestyle Fellowship, to name just a few.

It was always going to be a hard task to maintain the level of the writing of the first episode, masterfully directed by Ava DuVernay who, in addition to the pilot, only took care of directing the studio segments of Colin Kaepernick for the rest of the series. To give you an idea, it’s a bit like if, after a few chapters, J.R. Moeringer had left the tennis player Andre Agassi to write his now epic autobiography Open alone.

Arya Delgado, new music that goes beyond genres (and challenges the algorithm)

Diversity leadership in art: the sense of belonging in Veggetti Kanku’s canvases