No tengo edad – I’m not old enough: the success story of Paula Romina, the JLo from Legnano

She arrived in Milan when she was six, and at sixteen she released a Latin pop cover version of the song "Non ho l'età". After her success in her country of origin, the Italo-Ecuadorian singer and performer is now emerging in Italy at the age of just 22. 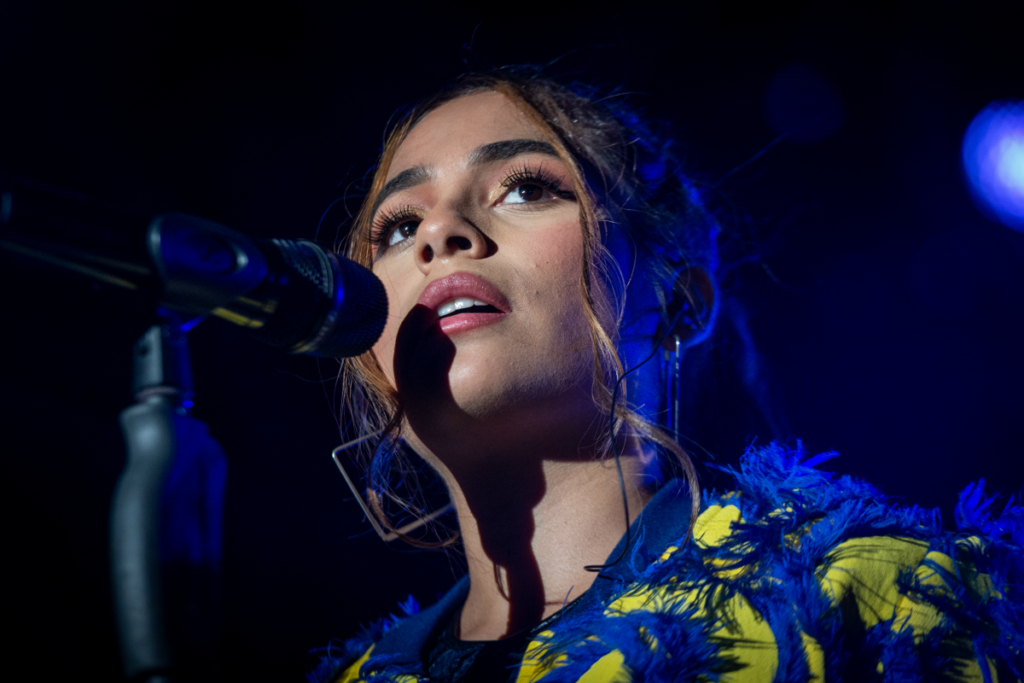 She came to prominence at the Milan Latin Festival in 2019, when she opened the concert with Karol G, the Colombian queen of raggaeton whose hit with Nicki Minaj is a great success. But in her home country, Ecuador, she had already made a name for herself at her debut in 2016, when at the age of 16 she released a Latin pop cover version of Non ho l’età by Gigliola Cinguetti. It is not surprising that with such a brilliant curriculum, Paula Romina has plenty of drive and determination. From Guayaquil, the town where she was born and where she got stuck when the pandemic broke out, she tells us her story.

“I moved to Milan at the age of six with my mother, in a family reunification with my grandmother and my father who already lived in Italy. I started studying singing when I was thirteen”.

Music was already in my family’s DNA, in fact I have a relative who teaches music, another who is a member of the Guayaquil Symphony Orchestra, and my mother attended the music Conservatory. This is why I have always felt supported in my career

After the cover version of No tengo edad, she released her first original as a singer-songwriter which was very successful in Ecuador and got into the charts in Radio Disney. “I went backwards and forwards regularly between Italy and South America and by chance my neighbour in Guayaquil was an agent of a record company who gave me a lot of encouragement after he heard my songs. Then came the album Libre and the first important appearances at the beginning of concerts of Latin American stars such as the Puerto Rican Don Omar and the Panamanian Joey Montana”.

Among her musical references there are icons like Jennifer Lopez, Beyoncé, Daddy Yankee and the new pop star from Spain, Rosalía

Paula Romina is a performer, as we see from the videos of her songs in which she enjoys performing choreographies to rhythms which mix different genres, from reggaeton to afrobeat. “My music is the result of cultural contamination, just imagine, my producer is Arabic! Innovation only happens when different things meet”.

We are all cool.

“In 2020 Solo conmigo came out, it’s an EP with four songs which are about subjects that I’ve been wanting to deal with for a long time”. No hay vuelta atrás is a song celebrating girl power, represented by a girl who is strong and self-confident. Then there is Guay! which is about cultural integration. “I wanted to get the message over that we shouldn’t bother about people’s nationality because we’re all the same, as the song says. And we’re all cool, or guay, as they say in Spanish slang. I experienced diversity personally when I arrived in Milan, but I feel at home both in Ecuador where my original family are, and in Italy where I grew up and have all my friends”.

Paula says that even though Milan is a decidedly multicultural city, she experienced many episodes of discrimination when she was young that she has only come to recognise as an adult. Now she lives in Legnano but she is continuing her studies at Iulm university in Milan and while she is waiting to come back to Italy she hasn’t let the enforced isolation get her down.

Since I arrived in Ecuador in February I’ve made the most of it and written a lot and planned new things. Although it isn’t possible to perform in concerts in physical spaces at the moment, the digital platforms are helping artists a lot and the live events on Instagram are a great opportunity

“Now is the time to reinvent everything and to make the most of the social media tools which are the good bit of what we have left over from the period of lockdown. People are spending more and more time online and artists have visibility which is not limited geographically”.