The night dedicated to the most important film awards in the United States ended with a series of twists, starting with the unexpected victory of a short film focusing on the debate about identity and hair styles. 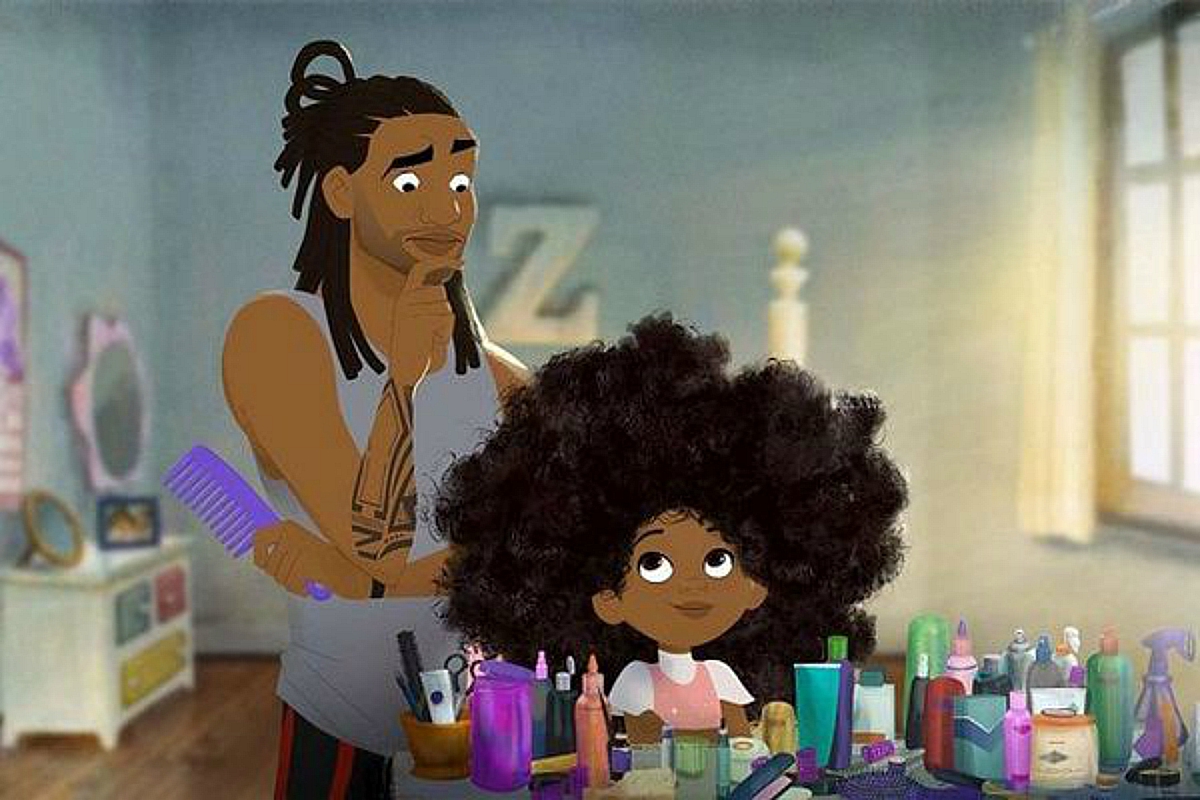 This edition had been judged as lacking in diversity even before it was broadcasted. But this year, the Academy surprised us. The long night of the Oscars 2020 ended with the unprecedented win of four Oscars by the film Parasite, a real triumph of a film by the Korean film director Bong Joon –Ho. The film won the awards for best original screenplay, best international movie, best direction, and – roll of drums –for the best film, the first time in the Academy’s history that a non-English language film has won that award.

But while half the world’s press is (rightly) focusing on the victory of the Korean film,  there is another award that has marked a significant step forward by the Academy towards diversity. It is the prize awarded to Hair Love, the winner of the best animated short film.

The story tells of an Afro-American girl and her father who can’t style her hair. After a first moment of defeat, he will roll his sleeves up and with the help of a tutorial, he will succeed in his endeavor.

When receiving the award, Matthew Cherry, one of the two film directors (the full film can be watched  online) said that the film was conceived to normalise Afro hair as well as creating positive models for younger generations, which are still underrepresented in cartoons. In his acceptance speech he referred to the case of DeAndre Arnold. Invited by the film director, Arnold was in the audience with the Hair Love team because his story, which had captivated audiences in the US for weeks, is a perfect example of the short film’s topic: the re-appropriation of the pride for one’s natural hair.

The story of DeAndre Arnold

Arnold, who wears shoulder-length dreadlocks, was summoned last month by the principal of Barbers Hill High School, his school in Texas. He was told that unless he cut his dreadlocks, he would be excluded from the school’s graduation ceremony. According to the school, in fact, the student’s hairstyle is against the school’s rules – which do not take into account the cultural significance of certain hairstyles as in the case of  Arnold’s dreadlocks. The young man’s mother in fact explained that his father is from Trinidad and that the men in their family wear dreadlocks as part of their identity and culture.

The ensuing controversy resulted in DeAndre Arnold being invited as a guest on a number of TV shows, including the well known show by Ellen De Generes, the most famous talk show in the US. The presenter was struck by the story of the young man and, with the help of Alicia Keys, donated him a twenty thousand dollar check to fund his further education.

But the case of DeAndre is not the only one of its kind. One of Arnold’s classmates was recently suspended for the same reason. Similarly, in April 2019, Juelz Trice from Berry Miller Junior High School, in Texas, was also made to choose between shaving his hair or being suspended. A year earlier, Andrew Johnson, an Afro-American wrestler from New Jersey, was told to cut his hair or abandon the ring just before the start of a match. The referee claimed that his hair was too long according to the rules of wrestling in New Jersey. The athlete, who was visibly shaken, accepted to have his hair cut on live TV, amidst the audience’s furious cries.

These episodes have, in time, contributed to informing the debate about how a specific dress code can be discriminatory against Afro-Americans.

So, last year, California became the first US State to ban discriminatory behaviour against Afro-American hairstyles, including dreadlocks, as these are a part of the Afro identity. Going back to natural hair is an issue that is gaining considerable traction in black communities. This has prompted some cosmetics companies to offer a variety of specific products for Afro hair and it has also led to a proliferation of self-made video tutorials just like those shown in the Oscar-winning short film.

This is also why in 2018 Netflix produced the film Nappily Ever After about a black career woman who is obsessed with her hair that she straightens every day. After a series of vicissitudes, she will abandon her seemingly perfect life and she will cut her hair letting it grow back naturally as a metaphor of her new take on life. The title of the series blends the words Naturally Happy, which refers to natural Afro hair. This movement starts superficially, with hair, but it aims at a much deeper revaluation and it is growing in Africa and in Europe too.

This is why the message arriving from Hollywood is extremely relevant: Hair Love does not only tell the story of a father’s love for his daughter, but also of the importance of proudly loving one’s own identity.