His rough old-school rap was the soundtrack to a documentary nominated for the Italian Emmys in 2021. And he has just released his next EP. 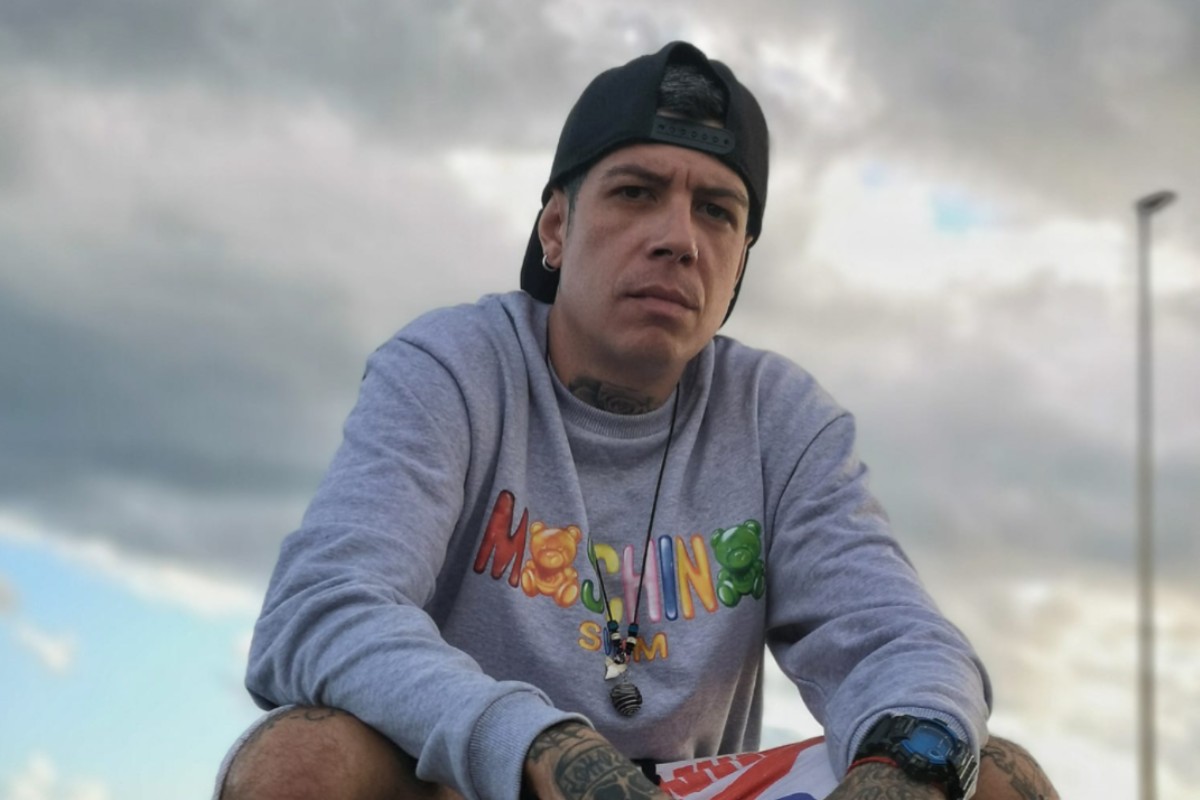 Maybe you’re already familiar with Chiky Realeza and his soundtrack for the documentary Punta Sacra by Francesca Mazzoleni, which was in the running for the David di Donatello 2021 award, the Italian version of the Emmys. Self-defined as a Sudamerisardo, the son of a Sardinian mother and a Chilean father, the thirty-two-year-old rapper aims to be the spokesperson of the Italian chicanos.  With all the anger he has in his body, the things he says are more like a scream. According to Realeza, there is so much to denounce in Italy, he has experienced social injustices firsthand, even inside prison. And that scream reminds us that words have weight, as stated in Dieci P (Ten Ps), his track released at the end of last year which says, Prima pensa poi parla che parole poco pensate portano pena (Think first then speak because careless words can hurt).

Although the family has never spoken either Spanish or Sardinian, he is very proud of his origins. This is testified by songs such as  Sudamerisardo  or  Moai e Nuraghes. “After living through twenty years of dictatorship, my father came to work in Italy thanks to my uncle, who worked at the Chilean embassy. My mother, on the other hand, arrived in Ostia with her family because her father had taken over a restaurant. Practically two immigrants who meet and give life to a Sudamerisardo.” With every memory he reels off, there emerges admiration for his father, a passionate man, “a revolutionary inside” who listened to the music of the people. Chiky Realeza has been to his father’s country of origin many times, for long periods sometimes, although now he hasn’t been back there for several years. “I want to return to Chile as a winner, as an established person in what he does. I want to show that I’m someone who doesn’t live on gimmicks.”

The second generations according to Chiky Realeza

After only a few minutes of conversation, it is evident that Realeza is a tireless fighter who does not give in to illusions. For him, the toll of the last year for new generations with foreign origins is decidedly negative, both in everyday life and in music.

Nowadays we’re seeing kids of immigrants who extol gangs, alcohol, drugs, violence and easy money. This regression in my opinion is manipulated by the system because it is convenient to pit these guys against each other

He says he wants to be the spokesperson for South Americans in Italy but without the rhetoric of “we are all the same.” Because differences are important and he cares about representing the things that identify us more than skin color or the use of another language.

I want a second-generation boy not to feel like a foreigner and to be proud of his origins. Although I’m sorry to sound negative, we know perfectly well that this is a pipedream

This is why Realeza has decided to tell the social injustices through his music, +, talking about the truths that are under everyone’s noses but that we don’t want to see. “In 2008 I started rapping, but in 2012 an accident changed my life, leading me to record my first record. From that moment I felt the need to say things in a way that I consider intelligent. I remembered the revolutionary music my father listened to and I thought it was time to expose myself too. That’s how I started saying uncomfortable things.”

He started talking about discrimination, in the vein of that worn-out refrain that unfortunately we know too well: there are first-class foreigners (expats) and second-class foreigners (immigrants). “All my life I have been penalized for the South American surname that I carry”, he tells us, “but there are honest people and dishonest people regardless of nationality. I wrote my song Via della Lungara 29  to talk about my experience in prison and I dedicated it to my cellmates.”

He was eventually acquitted in that case but without the accompanying prestige that one thinks of when we talk about gangsta rap. His contract with Sony was also terminated. “Luckily some people close to me helped me to get back up because I was really down and out. But it’s hard to live just by making music. I’m not ashamed of it but it’s not something that ennobles me as an artist. I would like the kids to know that even if the truth is inconvenient and doesn’t pay dividends right away, in the long run it is the right thing to do. It’s always worth fighting to be an artist, to do the things you believe in.”

The Seaplane Base of Chiky Realeza, forgotten by all

In the documentary Punta Sacra, for which Realeza penned the song Essere se stesso, the director Francesca Mazzoleni shows us the last strip of inhabited land at the Idroscalo di Ostia (Ostia’s ex-seaplane airport), from which the film takes its name. The rapper has been living there for years but not for much longer, he tells us with a bitter taste in his mouth, because soon the bulldozers will pass to knock down the remaining houses, making about three hundred families homeless.

«At Idroscalo we all love each other, there is a strong sense of community. But you don’t see happy people there because it’s discomfort that unites us. The only people who are happy are the tourists who come to us in the summer. It’s a place that literally swallows you up, because if it rains for three days in a row you can’t leave the house anymore. I would like to live in a safe place where I won’t shiver if there’s too much wind because the roof is made of sheet metal, where asbestos won’t give me cancer.”

Instead, Punta Sacra is a non-place where there are few options and ignorance condemns you, says Realeza, passing sentence. Abandoned by the administration and politics, communities of Romanians and Bulgarians have settled at the Idroscalo who “are only socially accepted when they get up at 4 am to go and build the houses of others.”