Chef Ritu Dalmia: «In order to understand another culture… taste it»

She is not just an Indian star chef. She is a woman who, from her kitchens spread between India and Italy, fights for an all round inclusive culture. Starting from the plate to reach the mind. And the heart. 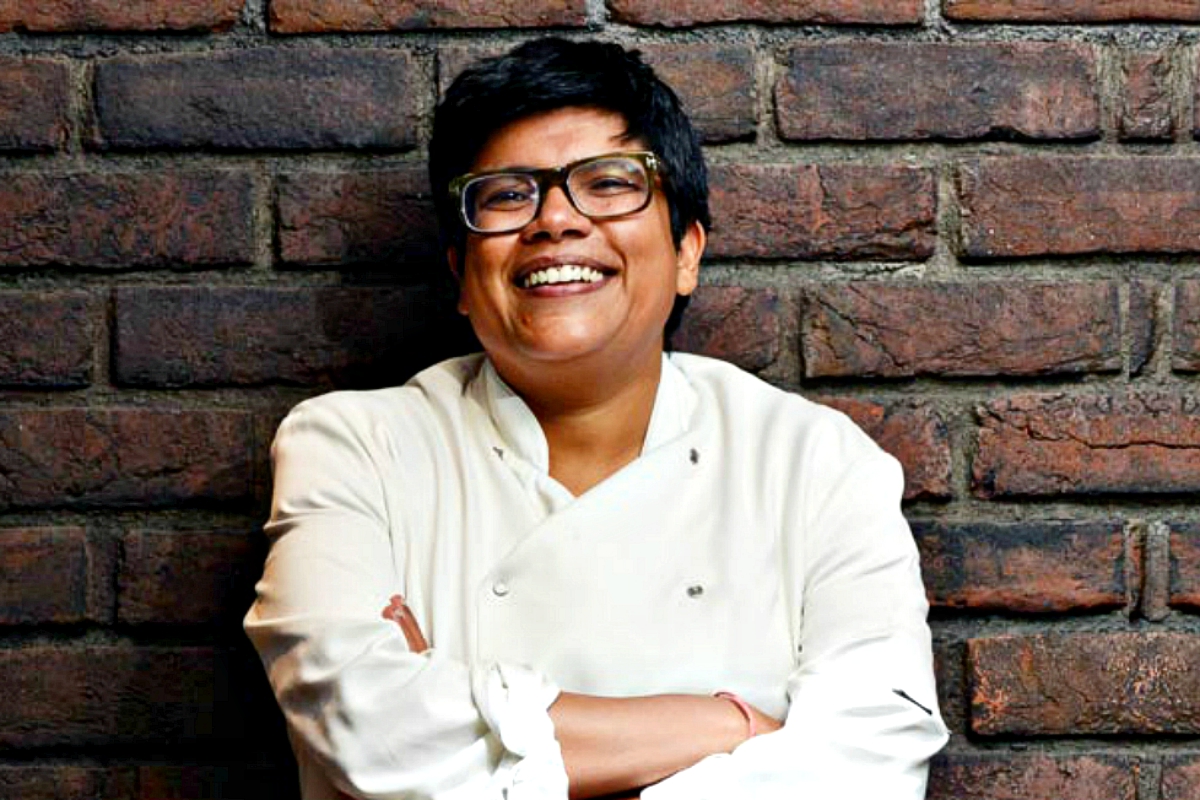 If it is true that in order to win someone’s heart you have to go through their stomach, then chef Ritu Dalmia has embarked on a complex mission. In India, she is a star chef, an ambassador for Italian gastronomy and for typical Italian foods, the genuine ones. She has introduced high-level Indian cuisine to Italy. The restaurant, Cittamani, that she has opened in Milan has become a reference point in its category. But not only. Ritu Dalmia has openly fought for homosexuality to be de-criminalised in India and she is battling for an open, inclusive and engaging culture in Italy.

With such a background, we’d better start with the basics. So, how did you get into cooking and how did you turn that into a profession?

«I started cooking for my family and friends as a child. But it was only when I was twenty years old, thanks to my first love and to Italy, that I understood I wanted to make a living out of it. It wasn’t easy at first. I tried to bring Italian cuisine to India in 1994 but it was not the right time to do that yet. In 2000, however, I found the right formula with Diva Italian in Delhi, the first of many restaurants».

Exactly. How did you come to know about Italian culture and cuisine?

I am the daughter of marble traders. I often visited Italy as my family had business here. I learned about, and I appreciated, the different regional variations, and the richness, of Italian cuisine, studying these carefully so as to be able to replicate them.

So much that you opened a restaurant in the most sought after gastronomic location in Italy: Milan?

«Before the Expo, I didn’t think that Italy, and Milan, were ready yet for a gastronomic investment of this kind. But then I saw the city change, evolve and open up so I decided to “jump”. I felt – sensations are very important for me – that I could offer something to the city and that the city could in turn give me a lot».

What have been your greatest challenges?

«Although Milan is now an international city, restaurants still operate following local customs. For example, in India, Christmas is a very busy time for my business. Here, it isn’t as much as people prefer to eat in with their families. All in all, however, the opening of Cittamani was perfect. Following this positive experience, I decided to embark on a new adventure with Spica, a year later».

Can you tell us about this new adventure?

«We are working with speed in order to open my new place this June. It is called Spica and it’ll follow an international, or even global, formula. I have the pleasure of sharing this adventure with Viviana Varese, who is a great friend as well as a great chef. She will be in charge of training the kitchen staff as well as giving her input to the menu. We want to create a convivial, international and fun place overall».

The key word here is international, which in business terms makes us think of inclusiveness and engagement. Do you think Italy is an open country from this point of view?

«This is a very difficult question. Up until seven or eight years ago, finding good quality international food was almost impossible. This is because there is such a strong and diverse gastronomic culture in Italy that openings for foreign foods were truly limited. This is also common in other countries such as India, China or France that share a strong gastronomic culture. “Foreign” foods have instead easily spread to other countries such as the United Kingdom, Australia or the United States that do not have such a strong gastronomic heritage».

Milan is receptive to a world gastronomic narrative. What about the rest of the country?

«We find this in other parts of the country too. However, Milan has somehow managed to revolutionise Italian eating habits. I am proud to say that, today, the city’s restaurants – both those serving Italian and international food – are almost on a par with those in London or New York…Of course, it remains to be seen whether this will spread to other Italian cities or not».

The lack of a welcoming (gastronomic!) culture is an interesting paradigm. To what extent do you believe that learning about a country’s gastronomic culture is necessary in order to understand that country?

As the famous writer Brillat-Savarin once said: “tell me what you eat and I’ll tell you who you are”. There is no better way of getting to know a culture or a country than to taste its food and get to know its people.

Is this true for you as well?

«I have travelled – and eaten – far and wide in Italy. Now, although that may seem arrogant, I can confidently say that I understand Italy better than many Italians».

Italy’s current stance towards immigration is quite negative. Have you ever experienced instances of racism in Italy?

«I lived in the UK for many years and I have worked in many places in Europe. I have to admit that unfortunately I have encountered racist attitudes in Switzerland, Austria, Germany and even in the UK where Indians represent a significant share of the population. Yet, I am glad to say that this never happened to me in Italy, even in smaller cities or towns. We have many people coming from India among our kitchen staff and none of them have ever had any such problems».