A marketing company with a Bowie-inspired name and a strong multicultural identity. And now, with Next Heroes, it aims to support innovation. 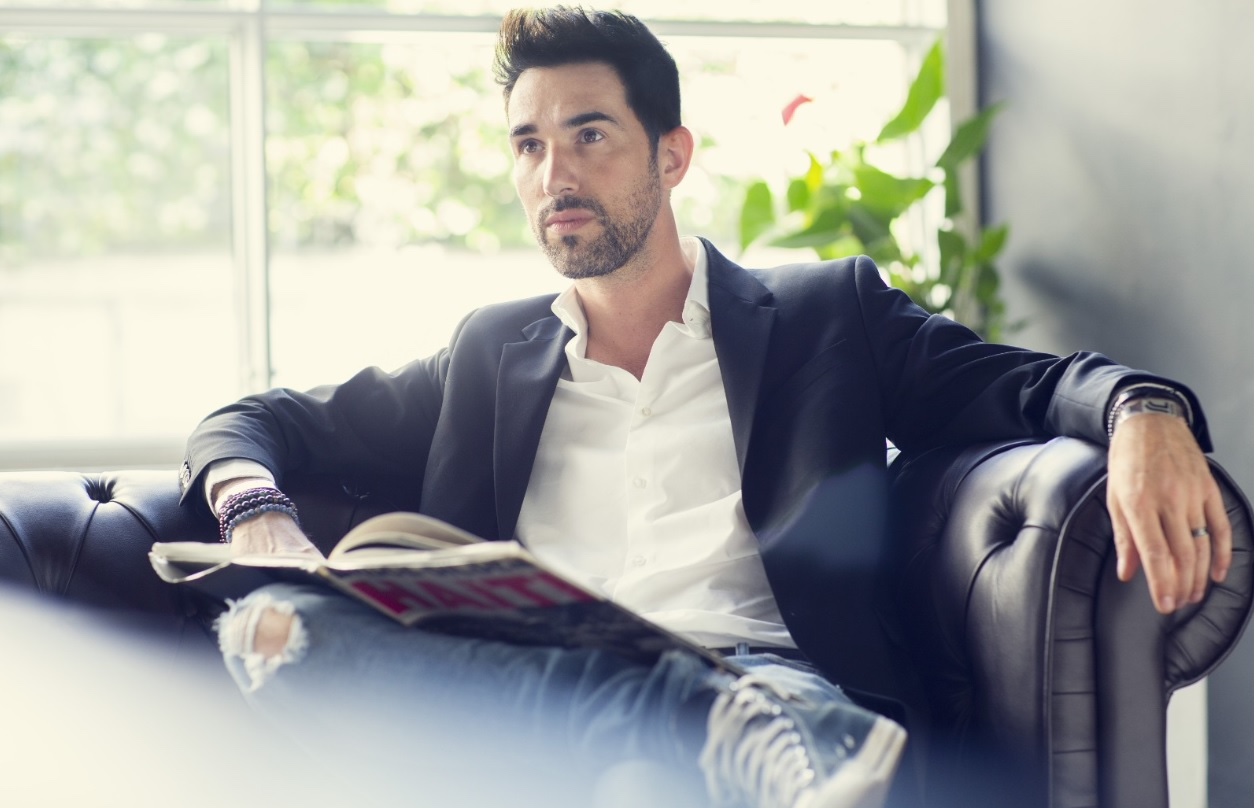 The parallel between the company and the cartoons will make you smile, but manga is part of my personal and our company identity. It should be taken for what it is, a bit like the poets and storytellers of ancient times: we need them to give us ideas, examples of life, suggestions

The CEO of Velvet Media – the consulting firm specializing in marketing services, new media and online sales with offices also in New York City, Bangkok, Shanghai and Dubai – does not think like Bertolt Brecht that our hapless world needs heroes, on the contrary. Bassel Bakdounes believes that the world needs people who know how to take on pain and suffering, capable of transforming anger and sadness into smiles.

People who know sacrifice and renunciation, who are willing to do something to improve the reality in which they live, he wrote in the autobiographical book Marketing Heroes, which is impregnated with punk and rock musical quotes

Raised in the Blue Houses of Castello di Godego, near Treviso in Veneto, which he likens to a sort of miniature Bronx, Bassel Bakdounes has become an entrepreneurial example of diversity leadership. That is what a second-generation immigrant adult who believes in the power of visions can do. His latest challenge was to try to create heroes even in a corporate culture that focused on innovation. “It’s been eight years since we founded Velvet Media“, Bakdounes tells NRW. “And I understood that the secret of our success – if you can call it that – is in our values. When you sit at your desk and look around, you don’t see colleagues: you see friends who struggle every day against an obsolete way of doing business, you see passionate professionals who make their knowledge available to help companies and society evolve. This stems from a process of inclusion that we have always practiced”. The son of a mixed couple – his father came to Padua from Damascus to study Engineering at the university, where he met his mother – Bassel Bakdounes discovered through basketball how important it was to know how to pass the ball. “The world of basketball teaches humility, every time you find yourself on your knees, humiliated after losing the ball, you remember that there are always people in the world who are better than you”. And after a series of difficult and daring adventures, including fanzines and punk labels, organising alternative musical evenings in Venetian villas and gaining a masters at Cuoa Business School, he arrived with Velvet Media (the name is a tribute to David Bowie) in the right place at the right time, with marketing and social media, in 2013. And now that the company has grown, he decided to create the Benefit Innovation Hub that is called Next Heroes. It was inaugurated in late June at the whimsical headquarters of Velvet in Castelfranco Veneto, which is decorated with some oddities which are a bit American and a bit Venetian, with skateboards and manga on the walls, Erasmus students as interns, a video games room and a happiness manager for employees.

The very high failure rate of start-ups was the trigger that led him to create a benefit company for start-ups (11 out of 12 in the first three years of life) because innovation should not be left to die. “What dismayed me was to discover that in 56% of cases they die from lack of marketing or wrong strategies. And I thought it was our duty to support innovation. For us, this is a moral imperative, even before the will to do business”, explains Bakdounes.

We want to revive the economic system, starting with startups that for years have lived with clipped wings, without finding the right recipe to create solid and sustainable business models. The goal of Next Heroes is precisely to increase the success rate of startups, giving them back the right positioning in the market and thus generating well-being for the entire community

Next Heroes wants to be a successful start-up factory, more than just an incubator or an accelerator. The Next Heroes Benefit Innovation Hub wants to bring to market the “good” innovation that responds to a real need and, in order not to fail, it must rely on the well-known three P’s: Profit, People and Planet, in a responsible, sustainable and transparent way. What projects does Velvet Media want to grow with Next Heroes? The sectors in which the 12 companies already selected operate range from fashion to lifestyle to e-commerce, space tourism and influencers engaged in charitable causes.

These are some examples of the start-ups that Velvet Media would like to launch. The Attribution Algorithm, to end the cold war between online and offline sales channels, especially in the field of fashion. The algorithm allows you to estimate the specific weight of offline visibility (in the store and in the window) in influencing the purchase even if the sale is finalized online. A value established by artificial intelligence that is based on the most innovative proximity marketing and geolocation technologies. It’s used to return the right value to retailers in creating the value of a brand.
Project Gemini aims to create an ecosystem of skills and innovations related to space tourism. Through a “phygital” approach, space is given to all opportunities related to the sky and the stars, helping to create an ecosystem of scientific explanations and business opportunities, from zero-gravity experiences to products grown in space. Kind of like Elon Musk, to put it simply. Denimazing, on the other hand, will be a platform, which is due to launch by the end of 2021, dedicated to denim fabric. The platform allows the fastest and most accurate recognition of jeans sizes thanks to a software that combines augmented reality with advanced telemetry solutions.

I have a name that evokes my origins, but there were times when in Velvet there were over ten different nationalities and this is no small thing considering that we are in Castelfranco Veneto, not in a big city. We also chose to launch a recruitment campaign accepting only anonymous resumes. Without age, gender and photographs, our selection is made based on an individual’s experiences. We are convinced that marketing can do good. We want a better world, and we will achieve it with the heroes of marketing and with inclusion at any cost

The lesson (for us); Marketing that wants to do good has always been used in the non-profit sector. And now we are pleased that it is a second-generation entrepreneurial leader who will bring it into the business world that will become, we hope, increasingly inclusive and multicultural.