The Story of My Brother Joel

Domenico Cannizzaro, NRW's new collaborator, introduces himself to us with the story of his brotherhood with Joel Diby Koffi Cannizzaro, born on the football field. 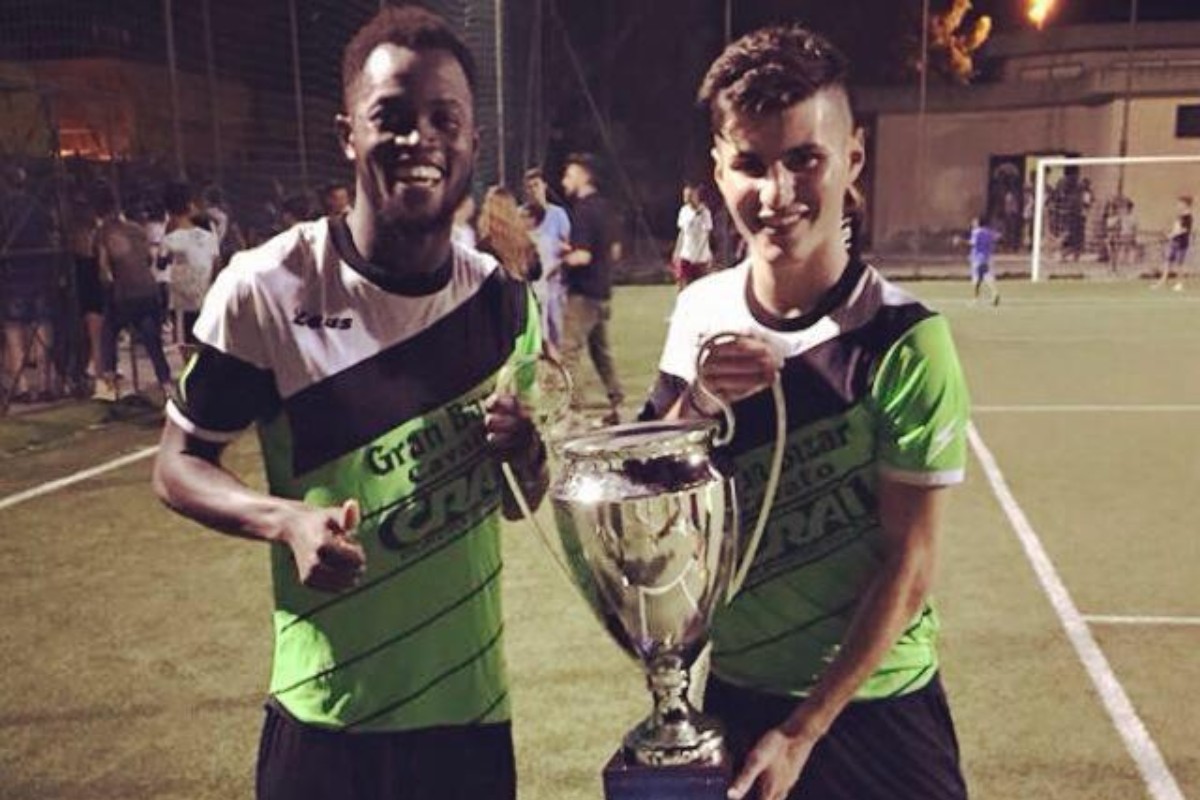 I live in Sicily and I am a student of Linguistic Mediation. I want to tell you about my personal experience, which will resonate with those who care about the theme of integration. I’m going to talk to you about Joel, a guy I got to know through my passion for football and who has been my brother for six years now.

The meeting with Joel on the football field

Joel arrived in Italy in April 2009, alone, from Ivory Coast on the stereotypical boat. That’s not what matters, however. He came here because Côte d’Ivoire was experiencing a politically sensitive moment and, like many young people, he had a dream: to become a footballer. He had all the necessary qualities and in fact he was quickly noticed by the coach of a youth football club in my hometown, Licata, in the province of Agrigento. He’s a year older than me and so we started training in the same group. I noticed right away that he felt uneasy. He had some problems with the Italian language (although after three months he already spoke it reasonably well), he had difficulty approaching his teammates, who had been a close-knit group for some time. He seemed afraid of being judged.

Since I was a child, I have tended to try to help those in difficulty. I therefore decided, thanks to my schoolboy French, to try to get to know him by asking several questions, both cognitive and technical in relation to football. At first, he seemed almost wary of me, as if he didn’t understand why I was doing it. But soon he realized I was merely being benevolent and then we began to be friends.

What finally helped to cement our friendship was an event that happened on his birthday, December 23rd. We had just finished morning training and my father, through our coach, found out that it was Joel’s birthday; so, on his own initiative, he went to the bakers to buy two cakes to throw a small party in the dressing room. Joel was amazed and thrilled as he really didn’t expect to celebrate his birthday

From that moment on, Joel wasn’t just a teammate anymore, a friend on the football field, but he became an integral part of the family. Two days later, at Christmas, he spent the whole day at our house, getting to know my grandparents, uncles, cousins, but also some family friends as well. For us, the manner in which he first entered our home speaks volumes about who he is: after ringing the bell, he entered with a panettone (kindly given to him by the community for minors where he lived) and delivered it, smiling, to my mum. He then started hanging out at my house. At first, only on public holidays, next at the weekend, finally for whole weeks in summer until one day my parents, about two years after the beginning of the story, told us that they thought of Joel like a son and that they wanted to adopt him. Without even needing to think, we all agreed. Joel had no doubts but first he wanted to tell his family in Côte d’Ivoire: his mother joyfully heard this news, showing happiness for her son’s good fortune. Meanwhile, we told all our relatives, who reacted with a mix of emotion and happiness. 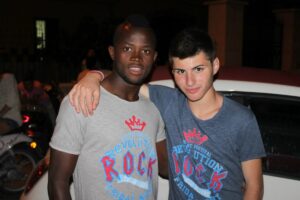 Red tape made the going tough at first, especially as it was a subject we weren’t experienced in, but after a few years, finally, Joel became a fully-fledged member of our family. On June 1st 2015, we received the decision granting the adoption and another chapter in our history began, because in living together every day, both our own and Joel’s strengths and weaknesses come out.

It wasn’t all a bed of roses, but the quarrels and discussions were constructive and allowed us to establish a solid family relationship, based on the coexistence of different cultures. What was normal for Joel to us initially seemed the exact opposite, and vice versa. Over time, though, he understood us and we understood him, even though we know that this is a process that will never end

Joel initially didn’t trust my behaviour and almost studied it. One reason for some discussions at home was precisely this: in the family we are used to talking a lot. Instead in Joel we often noticed moments of sadness or nervousness and when we tried to talk to him or learn about his problems so we could advise him, he was almost annoyed, remaining silent and closed in on himself for even longer. Of course, we didn’t force his hand, but over time, as he noticed how my sister and I treasured the advice of my parents, he also opened up, confiding not only with me, but also with them. Now we share the trivial things, as well as of course important issues, something unthinkable for us until a few years ago.

Joel now has a social life like mine: he goes out with friends, he goes to visit his grandparents every week, he has an Italian girlfriend. He’s studying Linguistic Mediation like me; we’ve played football in the same team for three years and we’ll continue to do that as long as we get the chance

Soon it will be the sixth anniversary of Joel’s adoption and it will not only be an important day for me and my family but also for the town in which we live, which was initially almost incredulous at the news of the adoption, almost as if it were something abnormal, but where now to identify me, they turn to me saying “Ah, but you are Joel’s brother”.