Ronke Oluwadare is 32 years old and is a family therapist who works a lot with new generation Italians on identity issues and the need for representation, even during the pandemic. 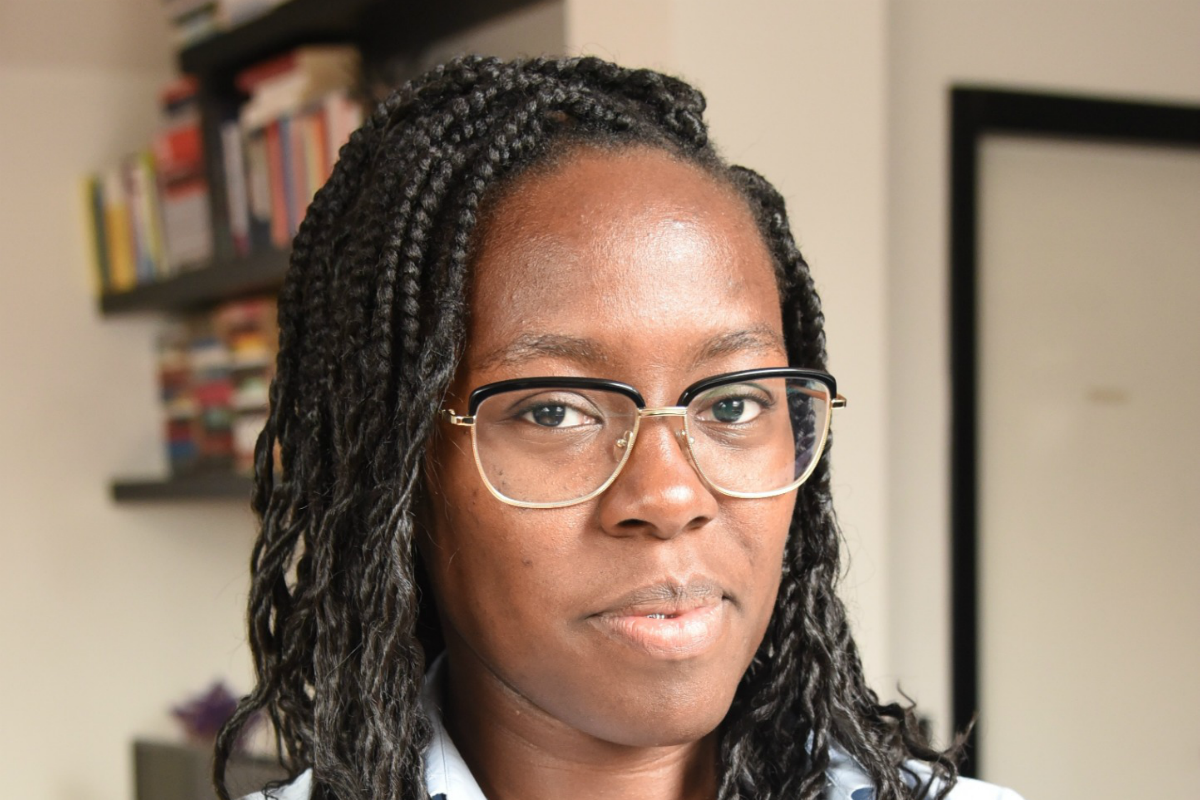 Over a month since the start of lockdown, even those of us who have never used a therapist’s couch are exhausted by the tough test of quarantine. What happens when people who area already undergoing therapy are faced with the fear of infection, forced confinement and the social obligation to keep at a safe distance from everyone?

Ronke Oluwadare is 32 years old, she is of Nigerian origin and is a family therapist. In addition to her work at the private Pantarei clinic in Milan, she also works at AIED, a secular consulting clinic, where she is treating several second generation patients

“At some point, every second generation individual has to address the issue of balancing parts of their culture from their country of origin with parts from where they are growing up. They need to find a personal way to put these two things together, so as not to dissociate”, says Dr. Ronke Oluwadare, “In the past month, she has only seen patients online, mainly via Skype”.

Doctor Oluwadare, what effects has forced isolation had on your patients?

“The feeling of danger and uncertainty in the last few weeks makes old wounds, that have not healed, re-emerge and they have to face unresolved issues that they have perhaps not been able to face before now. The real challenge for many is in adjusting to the feeling of isolation and loneliness, which gives them more time for self-reflection”.

What are the main reasons why 2g children come to you?

“The common thread that links these children is identity, which doesn’t usually emerge until adolescence. In technical terms, we speak of the identification process. It happens to all teenagers, but the challenge is far greater for second generation children, because there can be a conflict between the cultures from their country of origin and where they were born, or live”.

Can you explain that further?

Second generation children carry a burden of loyalty, or a sense of recognition to the sacrifices their parents made, whether leaving their country or having done a job that did not match their qualifications

“The issue of success is also fundamental for 2g children, as is their underlying concern about the idea of failure. Often young 2g adults can’t afford to fail, because of the unspoken need to succeed, not only for themselves, but also for their parents and grandparents. They carry the weight of three generations on their shoulders. This has a significant impact on an individual’s psyche”.

Do the children tell their families about the therapy?

“It really depends on the families and how free the children feel to talk about it. Often the children don’t talk about it, especially young adults who don’t need signed consent. I ask them if they have spoken about it with their families because it can be a sign of progress. When they tell me that they have been able to tell their mother, father or brother, I see it as a small victory. In general, having their support is fundamental: it’s a good basis for progress”.

What are the origins of your 2g patients?

“Mainly North Africa and some are from Latin America”.

Do you have any from Sub-Saharan Africa?

Do you think it’s a taboo subject in these communities?

“Without a shadow of a doubt. I think that Sub-Saharan Africa has an even bigger taboo regarding therapy than other cultural areas. I have also spoken about it with friends of African origin, I think it has to do with trust. It’s a recurring theme. Many say, ‘a white therapist couldn’t understand me'”.

Do you think that a 2g child could open up to a therapist with a similar story to theirs?

“You can’t choose the therapist at the clinic: after an initial interview with the contact person, a psychologist is assigned based on availability and the issues they cover”.

By chance, however, some of the children said they felt very lucky to have me, because they could talk about certain subjects more easily, for example bullying related to ethnicity

“Some have felt less embarrassed at the idea of telling me things, precisely because they thought I could understand them better. For others, however, I think it is indifferent: they are so focused on their symptoms that they do not feel that being 2g is an additional obstacle. In general, the therapeutic relationship is a relationship. Some relationships work and some don’t. There is the idea that if the therapist is white, he will not be able to understand. But it’s not like that”.

Do therapists have to be specifically trained on the problems facing new Italians?

“Of course, but we also need to have specific training on gender identity and the whole spectrum of diversity. We cannot afford to study the manuals of twentieth century clinical psychology and feel at ease with the knowledge, because we work with people and people evolve, both as individuals and as a society”.

A 2g teenager cannot be considered in the same way as a normal teenager because they experience the challenges of adolescence, combined with another set of underlying challenges that their parents don’t often see

Do you think that the political climate in recent years has exacerbated these difficulties?

“More than anything, it has prevented the evolution that I thought we would have already seen by now, in terms of representation. During my internship when I was at graduate school, I went to schools to do projects on affectivity and sexuality. I was happy to go because I could give an idea of representation and show the 2g children at high school in Milan that they could be what they wanted to be”.

In your opinion, when did the idea of diversity representation start?

“When I was a child, there was no diversity representation. My parents taught me that I could become what I wanted, but that’s not enough, it also helps when society tells you. If I think of myself as a thirteen-year-old, now she would have more access to these representations thanks to the channels that allow her to follow the positive overseas models. If we stopped at TV and the Italian media, we would never see representation”.

How important is social media in this context?

“Very. At least social media tell today’s kids that there is a place in the world where a black woman can present a prime-time programme”.

Sooner or later, many of these youngsters will leave if they don’t feel represented. Many have already done so, choosing the big European or American cities

A brain drain driven by a lack of social acceptance?

“Exactly, they don’t go to find jobs. The problem is that they leave because they don’t feel at home. They prefer a place where they feel seen and recognised”.