Polycarpe Majoro: “The lockdown? Inevitable. As a doctor, I have to treat the deniers and those who shout at me to go home”

From child soldier in Burundi to doctor in Milan. The young duty doctor explains why the virus has imposed its enduring tyranny, because we are certainly not fighting a war. 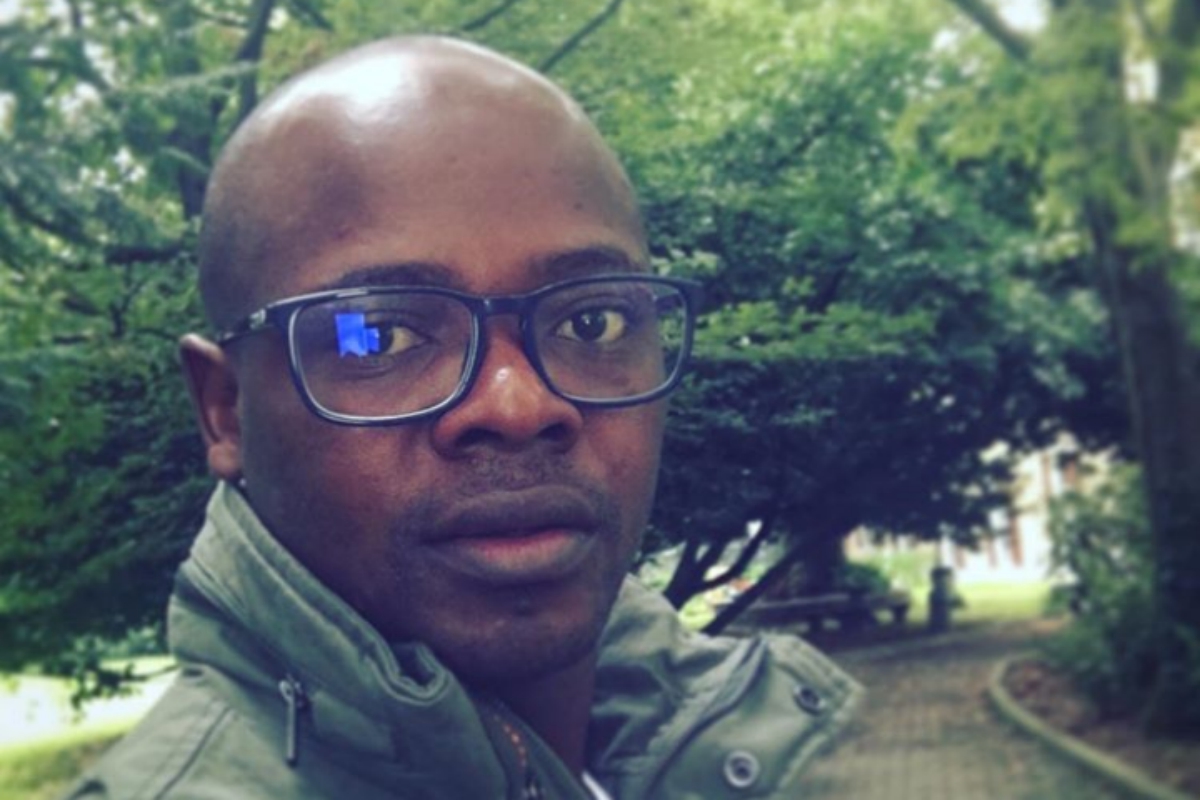 “Someone asked me what I think of the lockdown. It’s a sad, inevitable reality. We can choose to stay and home and ensure that the few people who get sick will have the appropriate care, or we can play Russian roulette where we risk having three people per free bed, ambulance or doctor. This is not a health dictatorship as some say. This is a cursed tyranny of the virus. But sooner or later every dictator finds his end”. If anyone is entitled to use a war metaphor to talk about Covid, it is Polycarpe Majoro, he became a soldier when he was fourteen years old and fought in the civil war between the Hutus and the Tutsis in Burundi, but he rejects the comparison: “I have lived through war, but seeing someone die gasping for air is not the same thing. It’s very different to lose someone you’ve just loaded onto an ambulance and to lose someone who you’ve greeted every morning in the clinic for the last two or three years. About twenty out of one hundred and thirty people who were there died in March alone. All due to respiratory failure. We were only able to get the first tests in April”.

From civil war to a health emergency

After the war, he attended high school in Nairobi. Majoro then came to Italy, where he graduated in Medicine at the University of Insubria in Varese in 2015. He worked in a clinic for the elderly until this May and is now a duty doctor in the province of Milan. “It’s incredible that the emergency is recurring after a few months because people find it too difficult to wear masks, but I think the feeling is the same for everyone who works in contact with the sick. Doctors, nurses, ambulance drivers, care workers and cleaners. For everyone who has seen what happens after breathing gets worse” he adds, “the predominant feeling is frustration”. The anguish of what he sees every day in the clinic, is amplified by the thousands of Covid wards that are bouncing around on television, on top of this there is the anguish of what is happening on the streets, from deniers, to angry people and street politicians who attack the government by speculating about the virus. A mix of sensations that this young doctor described in a long Facebook post at the beginning of the week:

His gaze is lost in the air. He stares at me with a look that seems to reach for my white overalls, and asks me the umpteenth question. He would like to hear me say that reassuring phrase: ‘Don’t worry, everything will be all right’.

“I repeat the treatment plan, I explain that the saturation is better and we will continue the oxygen at home. Before leaving, noticing the expression of terror on his face, I don’t know whether wrongly or humanly, I ask: ‘Are you afraid?’. ‘Yes Doctor, I am alone in this house and I hope everything will be OK for me’. We go back to base, then go home. I turn on the TV, Florence is burning. They protest, they smash things, they burn things. Anger rises inside me: these will be the same people that often shout at me to go home. Back to where I come from. This is how they treat their home. This is how they help their countrymen who are under attack. This is how they help those who built this nation, when they could do nothing but mess up. You are selfish. Never mind my home, you don’t deserve this home of yours. I shout this with a grateful yet enraged heart, you should be deported to a country all of your own where you can live in anarchy”.

Dr. Majoro is particularly interested in talking about the lack of resources, he worked and works with what he has available: “In March there were no protocols to follow, we didn’t even know it was Covid. A young man can complain about a lack of taste and smell when eating: an old man in a nursing home just refuses to. In any event, there are too many fevers and too many coughs”. When discussing the possibility that we could say that we are more prepared after eight months, Majoro has doubts “No country can find enough doctors and, above all, anaesthetists to treat Covid patients alongside all other patients in one year. It doesn’t just affect lungs, but also the pancreas, the heart and liver. The Coronavirus looks at the doctor and says, ‘Put him on oxygen or I’ll take him in thirty minutes’, but for others the times are longer, sometimes less”.

If all doctors work on Covid patients, who will take care of the others? Covid may stop killing, but how many check-ups have not been done in the meantime?

“We need to avoid saturating our resources”. When he talks about resources, Majoro is not only referring to respirators: “I mean machines, but I am also talking about the people who have the ability to hook you up to those machines. For the people who work there, this can’t become a coffin assembly line: we are not robots. We can’t feel anything other than deep frustration, when we think of everything that we have experienced, yet it is as if it never happened”. Why are you putting our own lives at risk if others don’t believe what you are doing? “Some would call it professional or vocational training, but the truth is that when you become a doctor, something is created within you, someone who is not afraid, who is confident in what he does because he knows how to do it. When you see that the oxygen saturation in someone’s bloodstream is dropping, you are the one who knows how to intervene. At that moment you don’t think that you live alone and if you get sick there is no one who can do the shopping for you, you are responsible because you are there and you know what to do. Even if nobody sees you and the frustration is immense”.