NRW goes International: who are the people behind it?

The NRW Translators Team has a very specific task: allowing our readership to think about Italian stories on migrations and second generations from a global perspective. 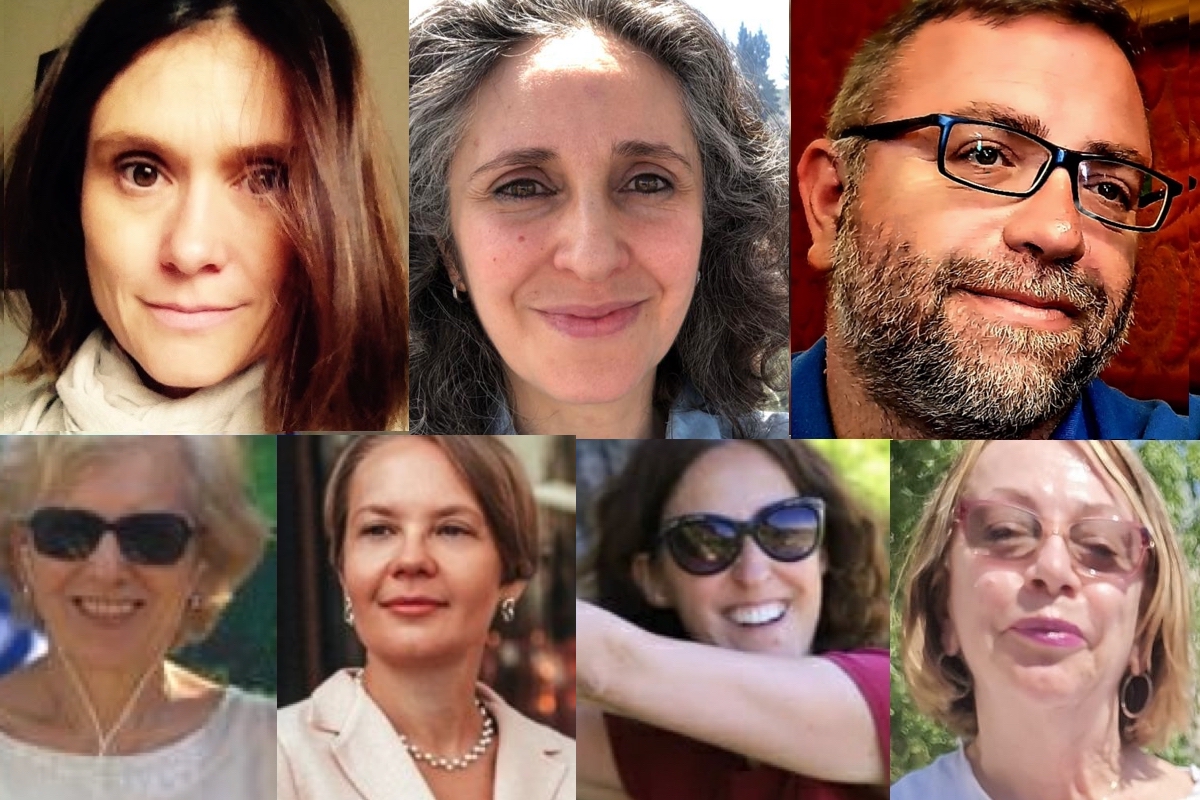 They are the reason why Nuove Radici World, which actually started as a very specific project for an Italian readership, has been able to reach the world. The NRW Translators Team (which is also how their Whatsapp group is efficiently named), is a group of extraordinary people that became professionally, emotionally, and intellectually involved in a specific task: allowing our readership to think about local stories from a global perspective – they have passionately helped to make NRW’s English-speaking readership aware of the personal stories of entrepreneurial successes, the richness of generations of bicultural Italian lives, the underlying issues related to second-generation immigrant youths, and of course the challenges and the systematic abuses against refugees and migrants entering and crossing Italy via the Mediterranean and Western Balkans routes.

They are doing so much for this project, but our readership still doesn’t know who they are: let us fix this and introduce them to you straight away:

Costanza De Toma (Translators Team’s coordinator)
“I met Cristina Giudici [NRW’s editor in chief] for the first time remotely, on a TV programme. I was intervening from London, and she from Milan. When she talked about the project that she was about to launch, which at the time was simply called “Radici” (Roots), I was immediately intrigued and I got in touch with her. I saw myself in the concept of NRW: me, looking for a possible future far from the UK, where I’d lived for almost a quarter of a century, a new life back “home”. As a migrant by choice I wanted to work on social integration but I didn’t know where to start….”

Adam Clark
“I’m a 48 year old Brit living in Milan since 2014. I teach and translate English for a living. I relentlessly look for new music and art, eagerly experiment with new food and curiously try to understand the world. In 2012, I co-funded Vitality onlus whose motto is Renovate Your Future: when I found out what NRW does and discovered that it has the same vision as Vitality onlus, I was eager to help and actually enjoy translating the texts very much.”

Anne Parry
“I’m a retired English language teacher and translator living in Valpolicella. I was devastated by the result of the Brexit referendum and spent years campaigning unsuccessfully with millions of others to stop the disaster. Now I’m busy running the Valpolicella branch of the European Federalist Movement and am actively involved in promoting European ideals of solidarity and non-discrimination.  My work with NRW fits in very well with this – I would like to see a strong, open and diverse federalist Europe, welcoming to migrants and refugees, where citizens’ rights and social justice are guaranteed.”

Fiona Tarsia
“I am a half Irish, half Italian full-time translator and mother of two. I came to know about NRW through my old school mate and good friend Costanza, and I am delighted to contribute the odd translation for a good cause when my hectic schedule permits.”

Olga Plyaskina
“Born and bred in Siberia, I have lived in the US, Italy and Germany. My experiences have made me reflect on beauty and complexity of our world. A certified cultural communications trainer, I have got involved with NRW to promote integration and diversity in Italy.”

Rosanna O’Keeffe
“I’m Anglo Italian and have been living in Italy for many years. I was born in Yorkshire (British Isles) where I spent my first 18 years. Since then I have lived in London, Turin, Rome & Sorrento, working mostly in International organisations and tourism. I am now semi-retired, though happily accept translation from time to time and do voluntary work. I read extensively and love jazz-dance. I became acquainted with NRW through Costanza de Toma whom I met for the first time in January 2019 at a meeting organized in Turin by “British in Italy” against Brexit.”

Sarah Ellis
“Originally from the UK, I moved to Italy 15 years ago. I worked in the conference industry for 20 years, both in London and Brazil, producing renewable energy events around the world. I began translating a few years ago to give me flexibility to look after my two children. I heard about NuoveRadici from Costanza and think it’s a great initiative.”