Multicultural bands: The nostalgic and jestering soul of SuRealistas in 2021 moves online

The Italian-Argentine band of the Cornejo brothers singing in Spanish is ready to launch live streaming concerts. With an ear to their homeland. 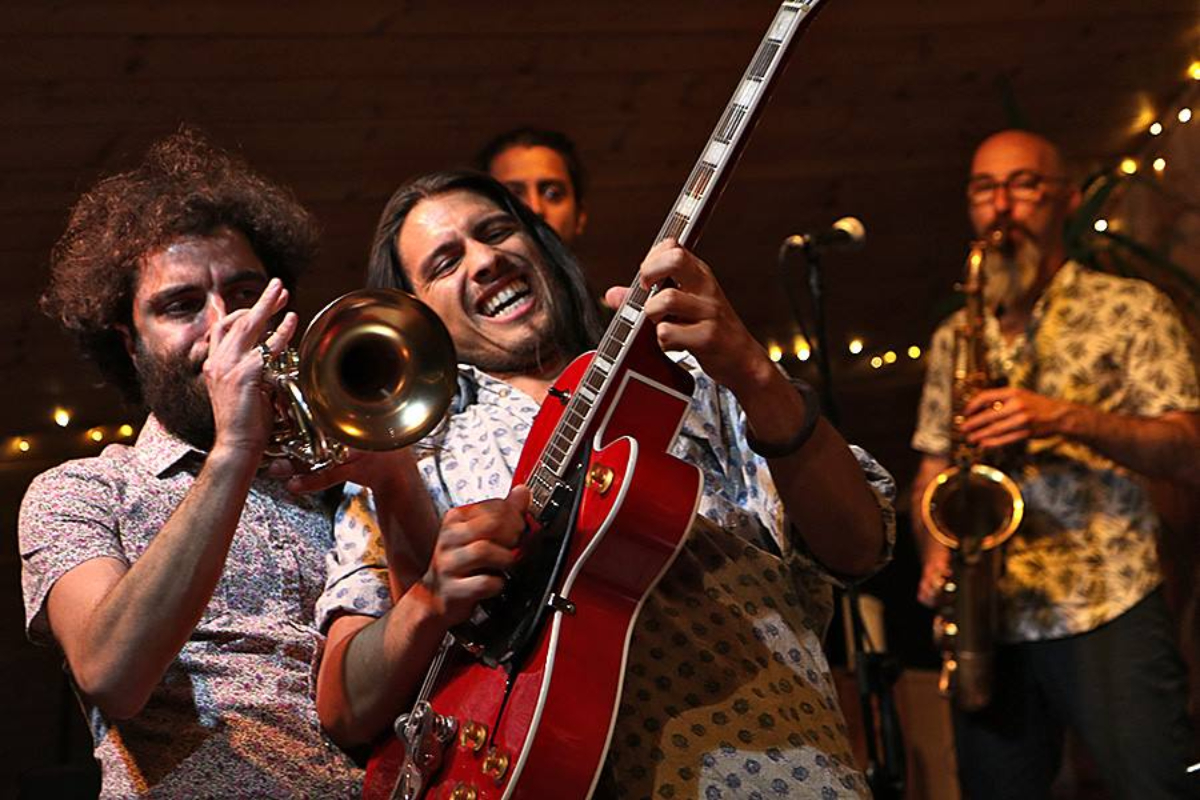 At the beginning of the 2000s, three Argentine brothers fled Buenos Aires, reversely retracing the route of migration once taken by their grandparents. Jeremías Cornejo, singer and guitarist, told us about the vicissitudes of his family who managed to rise from the ashes in Italy. And about the creation of the multicultural band SuRealistas (a pun for “southern realists”) whose lineup now has seven members and three albums. With their songs, they celebrate life but at the same time denounce its dark side: “We believe in the exorcizing power of music”.

From Argentina to Spain

In 2003 the Cornejo family left Buenos Aires bound for Spain. Mother, father and three children: Jeremías, sixteen, and his younger brothers Joaquín and Augustín. Among the reasons for the departure, the main one was the economic crisis that was bringing Argentina to its knees. “We were forced to leave because of a political system that was exploding and that in the previous twenty years had impoverished the country. There was a climate of civil war in Buenos Aires, the eye of the social storm”.

That period coincided with my playing career. My agent promised me an audition at Barcelona and, as my family was counting on my football success, we put all our hopes in Europe. Then, as with many Argentines, we also wanted to discover our roots because my maternal grandfather is originally from Bari

The migration to Europe was a real social shock for the Cornejo family, who enjoyed a good position in Argentina supported by their father’s work as a lawyer. They had to start from scratch, Jeremías explains: “My father was fifty years old and could only wash the dishes, while I worked as a waiter. It was only during the following years that my mother brought out the artistic talent she has always cultivated and, with my father, they started a small business selling her paintings. In the end, a story with a happy ending”.

Football and music with SuRealistas

The Cornejo family arrived in Italy in 2005, living for a time at a campsite near Cecina because the Livorno team wanted Jeremías to do a trial. But football immediately showed its worst side. “I saw what happened with “calciopoli” (a match fixing scandal in 2006) and said “No more” when I was 22 years old, dedicating myself instead to music. I have always played music with my brothers and we continued playing after we arrived in Italy, in order to survive emotionally”.

We formed the group SuRealistas, then I enrolled at the University of Pisa where I met other musicians, so the group expanded and became multicultural. Two Sicilians, a Tuscan, an Italian Bosnian and a Calabrian. We have different artistic influences but we share a Latin American education and a classic culture, let’s say mainstream, that goes from Intillimani to the Beatles

In their songs you can feel two souls, one linked to the tradition of protest music, dry and unfiltered, and the other ironic, jesterly, and surreal. “Our songs move between realism and a dream-like quality. We talk about the joy of living but then there’s the other side of the same coin. Latin Americans are often deprived of this joy of life and we do not want to forget that. Especially in live shows we want to enhance the rituality and cathartic energy of music”.

The future in streaming

After the short summer break in which audiences, although half empty, enjoyed a handful of live concerts, performances on computer screens have now resurfaced again. Is this going to be the next big challenge in the future of the music business? The SuRealistas are optimistic about it: “We are trying to use the moment to improve the on-screen experience and we have live streams in mind with the aim of creating a connection between us and Latin American people. Our texts are in Spanish, we feel it is right to create this link”, says Jeremías.

And, paradoxically, this technology might help us establish a more human relationship through the computer, a kind of interactive concert where people can ask questions and make requests

In their past, SuRealistas have done several tours around Europe, including theatres and festivals, and a bit of nostalgia is inevitable. “Obviously from an energy point of view you can never simulate what happens live but the decision between trying to get things moving again or becoming depressed was made in a second”. We asked Jeremías Cornejo which artists he suggests we listen to. Here is the playlist that the SuRealistas lead singer created for our Spotify channel, Nuove Radici World Radio.