Afghan women have been asking for help for years. Even our country has only given military aid. We spoke with Laura Quagliuolo of CISDA which has been working with their associations for over 20 years. 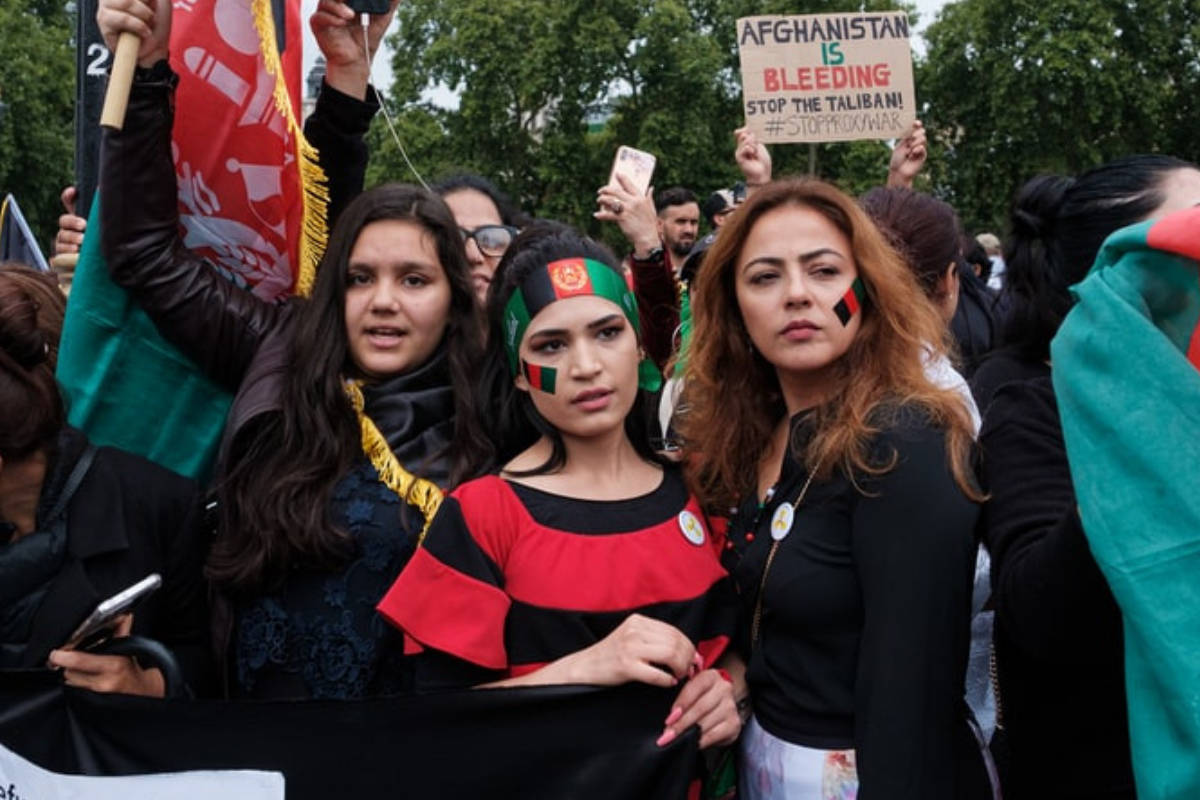 Afghan women have always had to fight against male violence, both under the American administration and under the Taliban. Two months has passed since the Taliban regained control of the country, just days after the announcement of an interim government composed of only men, many of them wanted by the FBI, headed by Mullah Mohammad Hassan Akhund, and the words for the fate of Afghan women are wasted. Yes, Afghan women need our help but not our paternalism, as Laura Quagliuolo, one of the founders of the Italian Coordination for Afghan Women Support (CISDA), tells NRW. CISDA is an Italian non-profit organization based in Milan that has been working since 1999 with Afghan women’s associations, supporting them in their political projects, often clandestine, and is witness to the resistance of Afghan women against a misogynistic culture that persecutes them, regardless of the leaders at the helm of the country. “The Afghan women’s associations we support began their activities clandestinely as early as 1999, when there was still the first Taliban regime. We are talking about associations such as RAWA (Revolutionary Association of Women of Afghanistan), HAWCA (Humanitarian Association of Women and Children of Afghanistan) and others that at the time needed to come out and get the world’s attention”, explains Laura Quagliuolo.

What was the mission of these associations?

“There were many activities. They organized secret schools for women, disseminated political materials and testimony on the condition of Afghan women. Or more dangerous activities, such as entering stadiums with micro-cameras under the burqa and filming the executions of dissident women and men, or the amputations of those accused of theft. As the Western media’s attention to Afghanistan died down, these women, who felt very isolated and ignored by the world, contacted a number of European and American feminist associations in the late 90s and we took the opportunity to listen.”

From that moment and for the next twenty years we organized events and meetings with them, both here in Italy and in Afghanistan and we supported them in their political discourse, which has always been a denunciation of the corrupt fundamentalists of the Taliban and those who have ruled Afghanistan in the last twenty years and also the American occupiers. This is why in 2004 we founded CISDA

Have their conditions improved in the last twenty years?

“Only in the city but in the suburbs have people been left to their own devices. There has been a gigantic falsehood on the part of the colonizing West in promoting women’s rights, but in reality the American administration has only taken its own cultural model and imposed it in a very different social context, the Afghan one. They should have listened to the people and made sure that a form of democracy was created as an expression of their culture. The political class that the Americans had inserted, on the other hand, was composed of fundamentalists who stole millions of dollars destined for reconstruction.”

In your opinion, is the renewed interest of the Western media in Afghan women genuine?

“Well, in the meantime, this rhetoric of the poor Afghan woman is very ridiculous. We have had twenty years to improve their situation, Italy alone has spent 8.7 billion dollars on the military mission in Afghanistan and then on reconstruction. Despite this, 87% of women are illiterate.”

With the return of the Taliban, what have the women of the associations with which Cisda is in contact decided to do?

The women of RAWA, two thousand in total, have all decided to stay, carry out their projects clandestinely (as they did before) and fight against the Taliban. An association that has always worked underground has its own methods to be able to work safely. Then there are also those of Hambastagi, a secular, non-fundamentalist party that has politically positions very similar to those of RAWA. Its spokesperson is Selay Ghaffar and it has 20,000 members across the country. We still have contacts with both the party and with RAWA and other NGOs, we still manage to communicate even if we have to be very careful

What are the Afghan women who have managed to reach our country asking for?

“They ask to be able to stay here, that the State guarantee them political asylum, schools for children, social integration. It must be said, however, that the Afghans who have managed to get here are educated, they know English and they are graduates. How will illiterate people do it?”