Klodiana Çuka: «After Salvini’s decrees I closed 55 migrant hostels. And now I see so much demagoguery»

Nearly ten years’ work in the third sector went up in smoke a year ago. Now that the leader of the League party is no longer in government, the Italo-Albanian entrepreneur doesn’t see any changes, far from it. Starting with half-way regularisation... 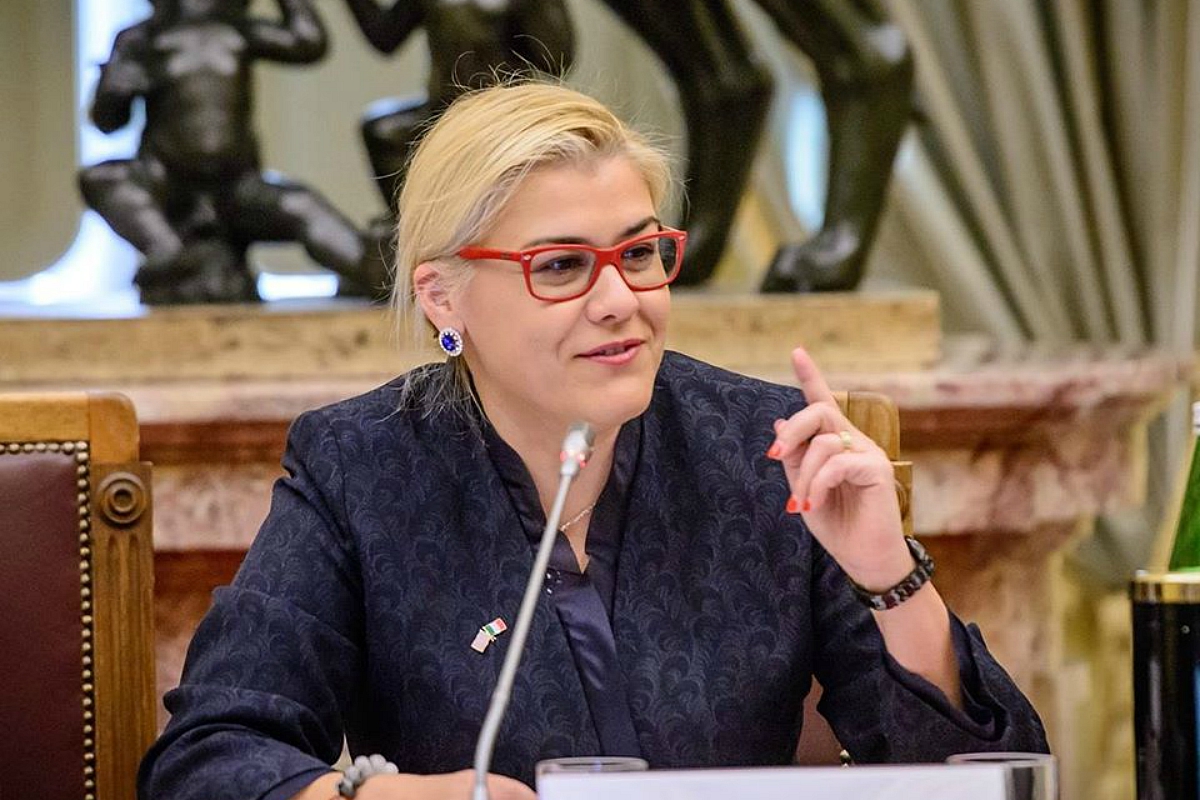 Klodiana Çuka is Italo-Albanian, she has been in Italy since 1992, and is a cultural mediator.  In 2003 she set up the non-profit organization, Integra Onlus, which ended up managing 55 hostels for migrants in 7 Italian regions, before closing them all last year: “You can’t do migrant reception work without integration. After the Salvini decrees it was no longer possible for the third sector organisations to work in this field. The banks stopped the funding. They made it into a business”

After getting her degree in languages, Klodiana managed the migrant reception desk in Lecce when Adriana Poli Bortone was mayor; she won national and international recognition for her work in the social sector, she collaborated with the Cnel (National Council for Economy and Labour), and after a period of activism with the National Alliance party, she became the first Albanian candidate in the regional elections with the Puglia first of all list in 2010.

In 2017 she set up The Bridge for future foundation, working to save the Cor Jesu school in Tirana. When they call her an entrepreneur she starts laughing, but then she remembers, “The ex-minister Claudio Martelli defined me as ‘A success story resulting from my law’”.

Klodiana Çuka, why in Italy?

“I came over in 1992 under the Martelli law. In 1945 they took away my grandfather’s lands.  He was stigmatized as an enemy of the people. And we were descendants of an enemy of the people. It had become difficult for me to continue my university studies. When I was 14 a government official told my mother that it would be better if I dropped school. My grandfather always said that they couldn’t kill our dreams or freedom”.

So you came here to study?

“I only enrolled in Lecce university in 1995. Before that I worked as a domestic help, a dressmaker, a secretary, an office worker, a saleswoman, I sold encyclopedias. I was never ashamed of what I did. Until 2002 my identity card described me as a domestic worker. In 2001 I got the highest grade in my degree in Foreign Languages and Literature and in 2002 I earned my diploma as a cultural and linguistic Mediator”.

When I arrived I spoke very little Italian. I wanted to know everything, from culture to cookery, I wanted to integrate.

And you wanted to help others to integrate.

“In 2011 we started to work with the hoteliers who run the migrant centre in Manduria in Puglia. In 2013 we took part in the first call for tender to manage the Cas and the Sprar (respectively private and public migrant reception hostels). At first they were in the Lecce – Taranto area, and then from 2014 we managed the Cas in Milan, and went on to manage 55 migrant reception hostels in Puglia, Lombardy, Lazio, Calabria, Sicily and Sardinia…”.

“It was difficult, complicated (she laughs). I am a product of the system developed in the municipality of Lecce run by Adriana Poli Bortone. Under her administration Lecce had become a leader in the field of integration policies. It was the first administration to create the role of municipal councillor for migrants. Then the Bossi-Fini law came along and it was a blow for us all”.

“You can’t have reception without integration. As a minister, Matteo Salvini devised anti-personnel policies, throwing the migrants out into the streets. I am a believer. Jesus said, “Knock and the door will be opened to you”. For me people come first, not Italians, not migrants, just people. We had 1400 people working with us and there was no way we could go on. It was awful to see how a social project had become just a business. Then the banks stopped the funding, they were afraid of Salvini. The cash flow dried up.  We couldn’t do Italian language courses any more, we couldn’t do anything.  They destroyed the widespread reception work”.

But Matteo Salvini isn’t in the government any more.

“His decrees are still in force though.  Right and left, up and down, they are full of talk, they use the migrants but no-one has carried out a serious reform. Italy needs more courage. Let’s not even talk about Europe, which doesn’t exist. Half-way regularisation is no good. There are 700,000 people who should be integrated. They are people we have looked after and then thrown out into the streets, at the mercy of illegal recruiters and criminals”.

Now you are working with The Bridge for future foundation.

I want to be close to Albania. To help children and young people to get an adequate education. Only education can save the world from ignorance.

A big challenge for someone who is not an entrepreneur …

“It’s part of my character. I spent the first twenty years of my life in Albania. Let’s say I have a Swiss-Albanian character”.