“I will be the first, but not the last”. Kamala Harris, light and shade of the vice president of records

She made history as the first woman, first African-American, and the first citizen of Indian descent to be elected as deputy for the highest office of the United States. But her political career is not without sore points, her critics point out. 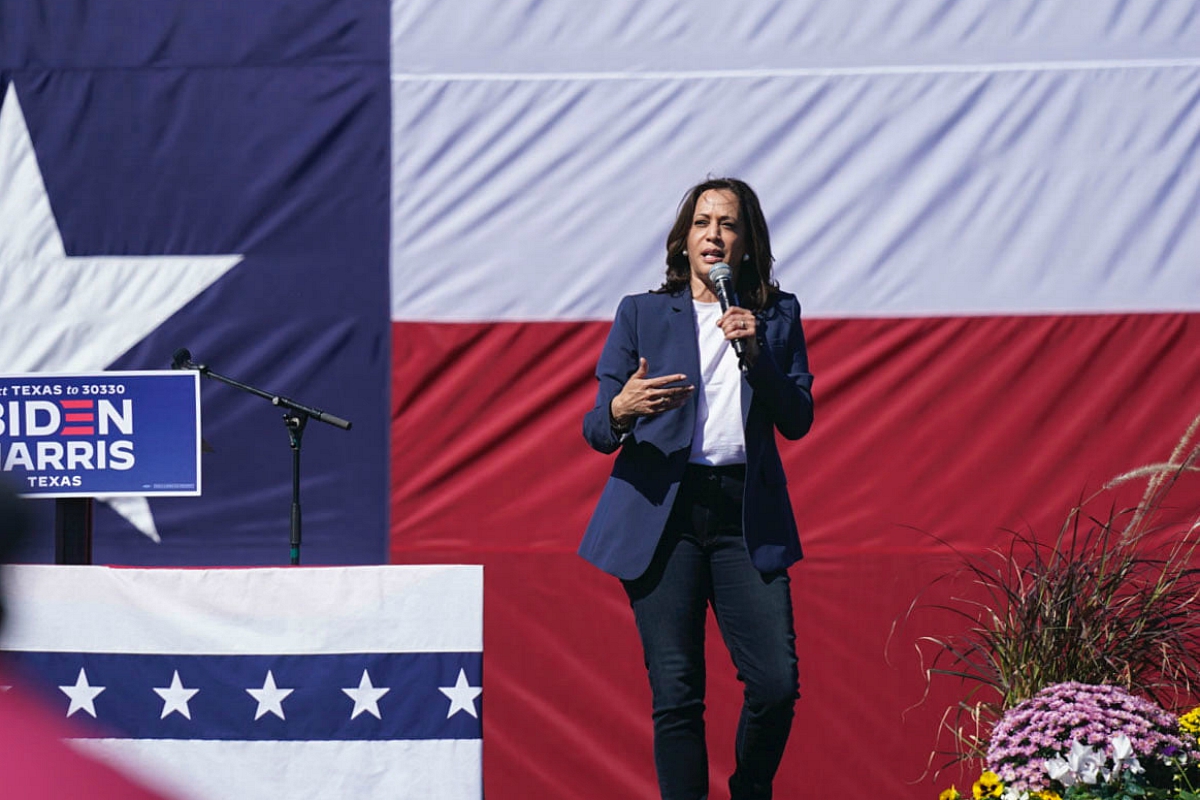 It’s easy to see why Kamala Harris, in the aftermath of what is likely to be remembered as the most awaited, debated and contested presidential election in U.S. history, probably had more attention focused on her than on the president himself, Joe Biden. Hers is the quintessential story of the American dream , her admirers reckon: daughter of an Indian researcher and a Jamaican economist, her parents met at the prestigious university Berkeley, united by the common passion for the civil rights movement.

She was named Kamala in homage to her Indian roots (meaning lotus, which is also one of the names of the Hindu goddess Lakshmi) and women’s emancipation. “A culture that worships goddesses produces strong women” her mother, Shyamala Gopalan, told her

“I’ve met Kamala Harris a couple of times. she is sociable, open and friendly. At the same time she is very focused, attentive, looks you directly in the eye when you are speaking with her and then gives you a serious, thoughtful answer. The people who worked for her love her”, says Ravi Mahalingam, a Los Angeles lawyer. Some of the credit, they say, comes back to Harris’ personal history. As a child, she lived in a predominantly black, lower-middle-class neighborhood of Oakland, but studied at a school located in a prosperous white neighborhood.

She referred to this during the presidential campaign (when she was vying for the Dem primaries) when she rebuked Joe Biden about his position on district buses: “There was a little girl from California doing additional classes to supplement public school education. And she used to go to school by bus every day. That little girl was me”.

She moved with her mother to Montreal, where she and her sister protested against a rule that prohibited children from playing on the lawn. Then came the prestigious (and historically black) Howard University in Washington, where she graduated in Political Science and Economics and joined the powerful Alpha Kappa Alpha women’s fraternity, before relocating to San Francisco to study Law. “Harris has been outspoken on immigration issues throughout her career. As California’s attorney general, she addressed these issues firsthand. In the U.S. Senate, she has distinguished herself as a critic of the Trump administration’s harsh zero-tolerance immigration policies. Her background as the daughter of Jamaican and South Asian immigrants brings credibility and passion to the issue, but also to her professional career”, says Ravi Mahalingam. Yet Latinos – south American voters – voted overwhelmingly for Trump in Florida- “Democrats are too left-wing. I am the son of Mexican emigrants, I know that those who emigrate are human beings and must be treated with humanity. But there’s a right way to become an American citizen, and the wrong way. Here, Trump understood that”, summarises Jason Hernandez, who runs a restaurant in Miami.

Harris’s political rise has not been without light and shade, as her detractors point out today. “You’re a politician, Trump wasn’t born as a politician, it wasn’t his career. The pandemic stopped everything, Trump would have restarted the economic recovery”, Hernandez blurts out. “Now it will end in the same way as Black Lives Matter, the country will be thrown into chaos, whereas Trump has been effective against protests”. Those who voted for her, of course, think otherwise: “She is familiar with foreign and domestic policy. In this sense, she is one of the most qualified people to hold the job of Vice-President”, replies Mahalingam. “Equally important, she is very popular in the democratic party base, especially among young voters, minorities and women. If Donald Trump has represented the old guard desperately trying to hold power, Kamala Harris represents a new generation that will not be denied equality and a place at the decision-making table”. In fact, Kamala Harris made politics her life. After graduation, she decided on a career as attorney general in 1990, arriving at the San Francisco district attorney’s office, where she managed to greatly reduce teen prostitution rates, but above all to reorient the approach of law enforcement, so that they would see girls as victims rather than sex offenders. But here begins the most debated phase of her long biography.

“They keep saying she’s one of us, but she’s a policewoman, who puts immigrants in jail. Just see how things went when she was a prosecutor in California. And she’s going to raise taxes, because that’s how the left does it” claims Jason Hernandez. Yet one of the most controversial decisions involving Harris comes from 2004, when she refused to pursue the death penalty against a man who killed a police officer, sparking hatred from police unions.

The opposite is also true: Harris decided not to investigate two cases of police shootings of two African-American citizens, and was accused of not doing enough to address police brutality

Those who defend her, however, point out that she was the first in the US to force the police to wear cameras: “In my opinion, the criticism is inappropriate. During Harris’s tenure in California, crime has decreased, incarceration has decreased, and criminal justice reforms have been enacted, some of which are now a model for the entire United States. In my opinion, critics show a double racial standard”. Not by chance, perhaps, Obama has repeatedly publicly acknowledged Harris’ political value: “Harris is the natural heir to Barack Obama. Both are charismatic, attentive and qualified politicians, have a very loyal base of supporters, and represent generational change. Politically, they are very aligned”, Mahalingam explains. Many Dems already see her as the future first female president of the United States. “Harris is a highly established and capable politician. She didn’t need to be elected vice president to be considered a potential President in the future”.