Duo on the run. Technoir’s melting pot is not a Spotify algorithm

After the album 'Never trust the algorithm', the Genoese couple decided to pack their bags and move to Berlin in search of a more international environment. 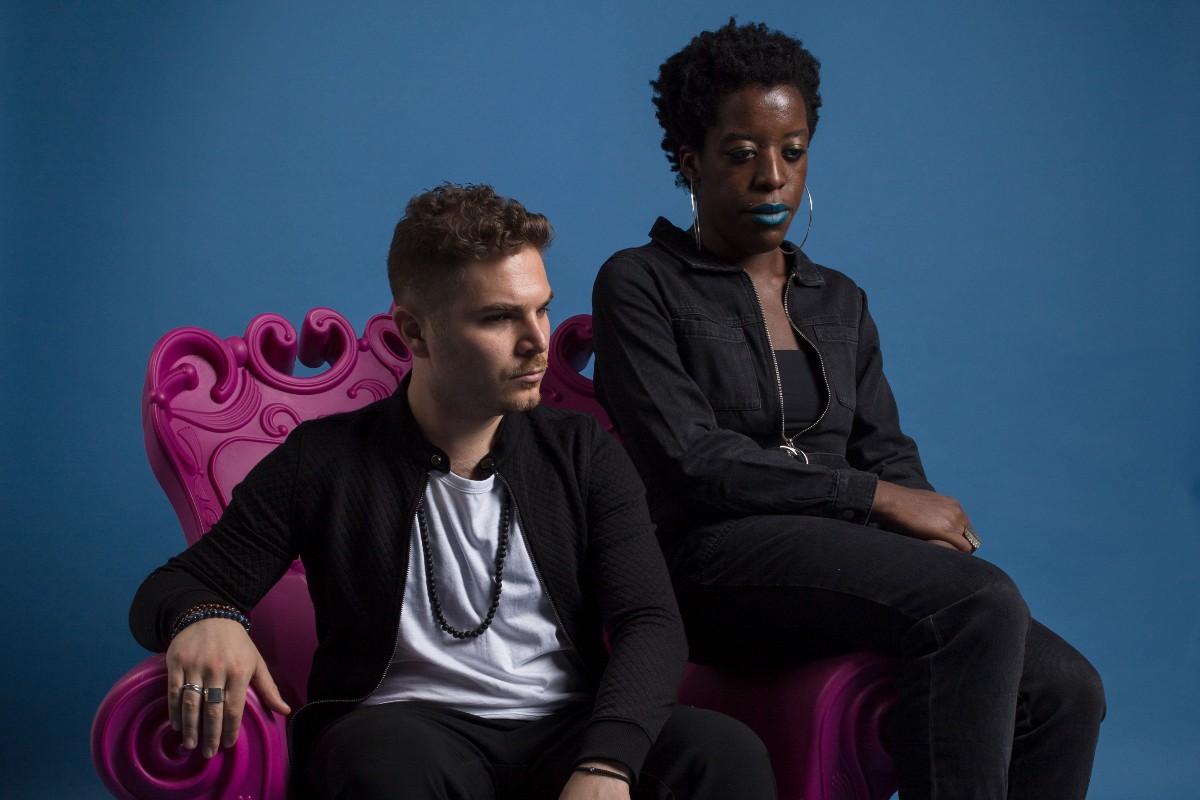 Their latest album, ‘Never trust the algorithm’, is a protest against the supremacy of web algorithms that crush independent artists on Spotify, dull tastes and often ghettoise musicians. Technoir, aka Jennifer Villa and Alexandros Finizio, have been a couple on the stage and in life for about ten years since they met in Genoa, the city where they were born and grew up. They are moving to Berlin because Italy is not quite ready for an international music project like theirs, partly because of the pandemic that has put so much of our artistic world on hold. Suspicious of any kind of label, they identify themselves instead with the creative chaos they call a melting pot of influences and directions. They are optimistic though and hope to return to Italy sooner or later.

Alexandros is of Greek and Apulian descent and Jennifer is of Nigerian and Senegalese. They are close-knit and joke with each other, giving way gracefully as they tell their stories. “My father moved from Puglia in the 1960s to work, when Genoa was an industrial city on a par with Milan. My mother came to Italy from Greece to study”, says Alexandros, adding that Jennifer is much more Genoese than he is. “It’s true, I was born to a Nigerian mother and a Senegalese father, but at the age of three, I was adopted by a couple whose family had been in Genoa for generations. My parents had already adopted two Chilean boys, so we are basically one big multi-ethnic family”, she says with delight. They have been living in Milan for five years now, but escape back to their hometown to recharge their batteries whenever they can.

Music is a melting pot

“We started playing for fun, joining a kind of multi-ethnic orchestra. Once we decided to get serious, we formed the duo and moved to Milan”. Technoir’s CV includes two albums plus an EP released in 2019, which they are keen to highlight: “It’s a sound experiment and centres around a collaboration with Jamiroquai’s founding bassist, Stuart Zender and, producer and DJ, Clap!Clap!”. When it comes to the age-old question of what kind of music they identify with, their response is simple: ‘Why limit yourself to one type?’ says Alexandros.

We are happy that our influences come together in a melting pot. The artists we like are the ones who can put a thousand aspects and sounds together, and it’s great if someone finds references in our music that we hadn’t thought of

Artistically (and in other ways) Italy is stagnant, which is why they are about to move somewhere else, probably Berlin. “Staying here would mean we would have to adopt the Sanremo style and, no judgement, that’s something very different from us”, Alexandros admits with some bitterness. In the next chapter of their lives, they are focusing on the record label they have just created, Kengah Records, which will probably expand to include other musicians in the future.

Their second album, Never trust the algorithm, was released in 2020. Speaking of references, the title evokes a contemporary version of Don’t believe the hype, Public Enemy’s 1980s protest against the distortions of reality created by the media. Different times, different devices: now there is the Internet, and Technoir’s album is not hip hop, but more funk, electronic and pop. “Today’s digital world wants to put everyone in boxes and divide everything into categories. We are on the side of progress but we don’t want our choices to be monopolised”, explains Alexandros. “The danger of the algorithm is to obscure certain realities, in all fields”, Jennifer continues.

In music, the smallest are penalised by what the algorithm decides, at the risk of standardisation and to the detriment of the individual artist and the user. The album title is an invitation to open yourself up, to listen to new music, to buy a less well-known book that may have more to say

Thinking about the musical heritage of younger people, who are most vulnerable to manipulation, Technoir reminisce about how cousins and siblings used to spread the word. “There was also MTV”, says Jennifer, “where every tenth act was an independent band. The same artists are on Spotify’s playlists over and over again”. Alexandros argues that the mainstream now has much more sophisticated tools for influencing tastes and that “It would take music antitrust to expose artists’ inflated social data. The people who want to do things transparently end up losing out”.

We are in the midst of a semantic revolution that is redefining the language of our new society. But has society really changed? Let’s reflect on this with Technoir, starting with the Grammy Awards, where the Urban category, deemed to be outdated and linked to negative imagery, has been replaced with Progressive R&B, and the World category has been replaced with Global.

It is a delicate time to change definitions. The term Urban is certainly outdated, but if there is no real intention to change the content, the words are empty. There are so many issues in the United States and Europe we only discuss them because they are trending

Diversity is another controversial term and Jennifer confesses that she doesn’t like it much: “It seems a bit forced, it’s an overused word. I recently read about a record label that has created a category for black and ethnic artists. That’s going backwards, it’s ghettoising. We don’t like cancel culture either, like with Gone with the Wind. You can’t pretend that those things never happened, it’s right to keep records and to explain the mistakes of the past to young people”.

We asked Technoir which artists they suggest we keep an eye on from the international scene. Here is the playlist the duo created for our Spotify channel, Nuove Radici World Radio.