The writer with fluttering roots explains to NRW why writing is always autobiographical in some form, even when it comes to detective stories. 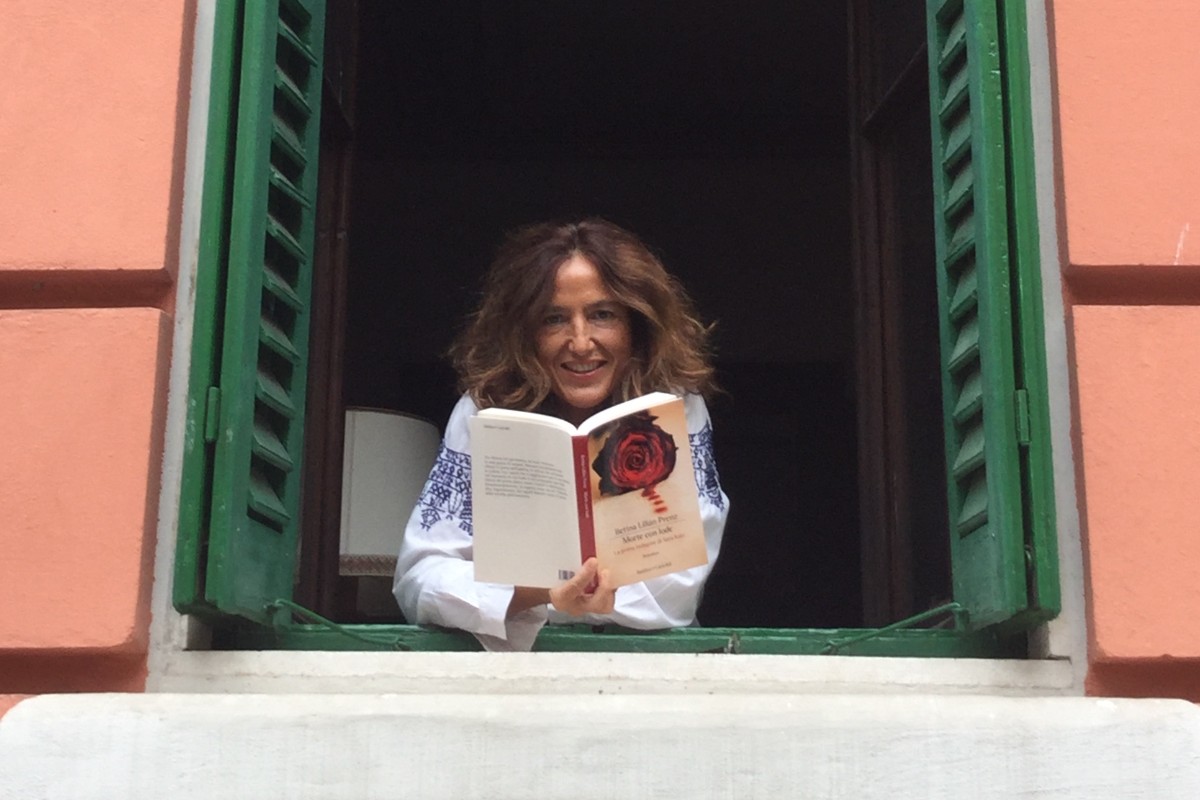 Her father is an important author of Argentine literature with a cosmopolitan spirit. He taught her that identity does not only have roots but it also has wings that can carry it far away. As a fiction and poetry translator, writer, teacher and sprinter, Betina Lilián Prenz is used to covering a lot of ground. Born in Argentina to parents of Istrian origin, life events brought her back to this part of the world, first to Yugoslavia and then to Trieste, where she now lives and teaches at the Faculty of Political Science. She is working on the second Sara Katz detective novel, a sequel to her 2019 fiction debut “Death with Honour“, published by Baldini+Castoldi.

Identity is a future project

“I was born in La Plata, Argentina, like all my family, but my father was the son of Istrian parents who emigrated in the 1920s. Then life led us back to the place of our origins, with many stops along the way”. The strong ties between Italy and Argentina through emigration, especially at the beginning of the 20th century, are well known, but there is a Central European flavour to the Prenz family’s story. “During the dictatorship in the 1970s, my father was teaching at the university and had to leave the country for political reasons before the coup. Strangely enough, we ended up in Belgrade where my father taught, and we lived in the former Yugoslavia for a few years before moving to Italy. But this migration was never perceived as forced”.

My grandparents had already experienced being foreigners who integrated. My father called himself Argentinean, although he has always felt at home in Yugoslavia and in Italy. In short, my family’s roots are fluttering. My father used to say that when we talk about identity we usually think of the past, but identity should also be a future vision

Betina Lilián Prenz’s family history is marked by migration and the literary work of her father, Juan Octavio Prenz, focuses on the question of roots. This is also reflected in his latest book “Only Trees Have Roots”, translated by Betina, who works in Italian, Spanish and Serbian. “I learnt to write in Cyrillic before using the Latin alphabet because I went to primary school in Belgrade”, she tells NRW as she takes us on a journey through her life, which has always involved contact with different cultures and languages. The role of translator seemed tailor-made for her. “Translation is so simple and so complicated at the same time. It is an interpretation however much you seek the right profile for the text and the most faithful translation”, Betina says of her profession, not least in the light of the recent controversy surrounding the European versions of the poem by the young African-American Amanda Gorman. “It’s a debate that leaves a little time for itself, from a theoretical point of view”, she explains.”In practice, the translator can choose between two paths: domestication of the text, to make it more comprehensible to the reader, or foreignisation, to enhance the differences.  Working on film subtitles, for example, when I work on a Yugoslavian film, my vision comes from within because I know the language very well. But a Chinese or Pakistani film is not part of my cultural universe”.

The investigations of Sara Katz

After several years spent taking a step back from writing, Betina Lilián Prenz finally gave in and published her first novel “Death with Honours” in 2019, a murder mystery that takes shape in the corridors of a university and features professor Sara Katz as its central character.

As the daughter of a great author, writing is a very serious thing for me, something you can enjoy but not call yourself a writer. I have always written on my own and translated a lot, especially poetry, but I had never thought of publishing. My first book came out almost as a joke, playing with my father. Then I really got into it and enjoyed myself

Sara Katz’s second investigation is ready and waiting to hit the bookshelves. It is set in the context of an athletics championship, a world that Prenz knows intimately as an athlete. “There are many elements of my life in these books, I teach at the university and do athletics. I think that writing is always autobiographical in some way”.

Betina Lilián Prenz’s work on the subject of identity and roots have many forms. These include a collaboration with the national literary competition Lingua Madre (Mother Tongue), created in 2005 to give a voice to the stories of migrant women: “We study the topic of women and immigration. The interesting thing that emerges is that different cultures are perceived differently, even though they all enrich us. Foreigners are not all the same. I have always been considered different in the places I have lived, but in a positive way, as someone interesting and exotic, and I have always been welcomed with open arms”, the author tells us, highlighting the disparity in treatment according to your place of origin. “Cultural encounters are enriching, but they are often costly clashes”. Nevertheless, according to Betina Lilián Prenz, there are things that can be done at foundational level, such as in schools.

There is a high number of migrant children in schools, we cannot ignore this. We can update the school curricula, for example, because we are too Eurocentric and the texts we read are always the same. It is important to provide different literature that broadens our horizons and to study authors from other countries. We need to live together on an equal footing, without the us-and-them approach. This is the risk that multiculturalism must avoid