BarryBlack: “I was tired of football. So I took up freestyle”

Behind the thousands of views on YouTube there is a 20-year-old who arrived in Italy from Guinea and landed in Lampedusa. The next step, he says, is to become a trapper entrepreneur. Or, if necessary, to be an ice-cream maker. 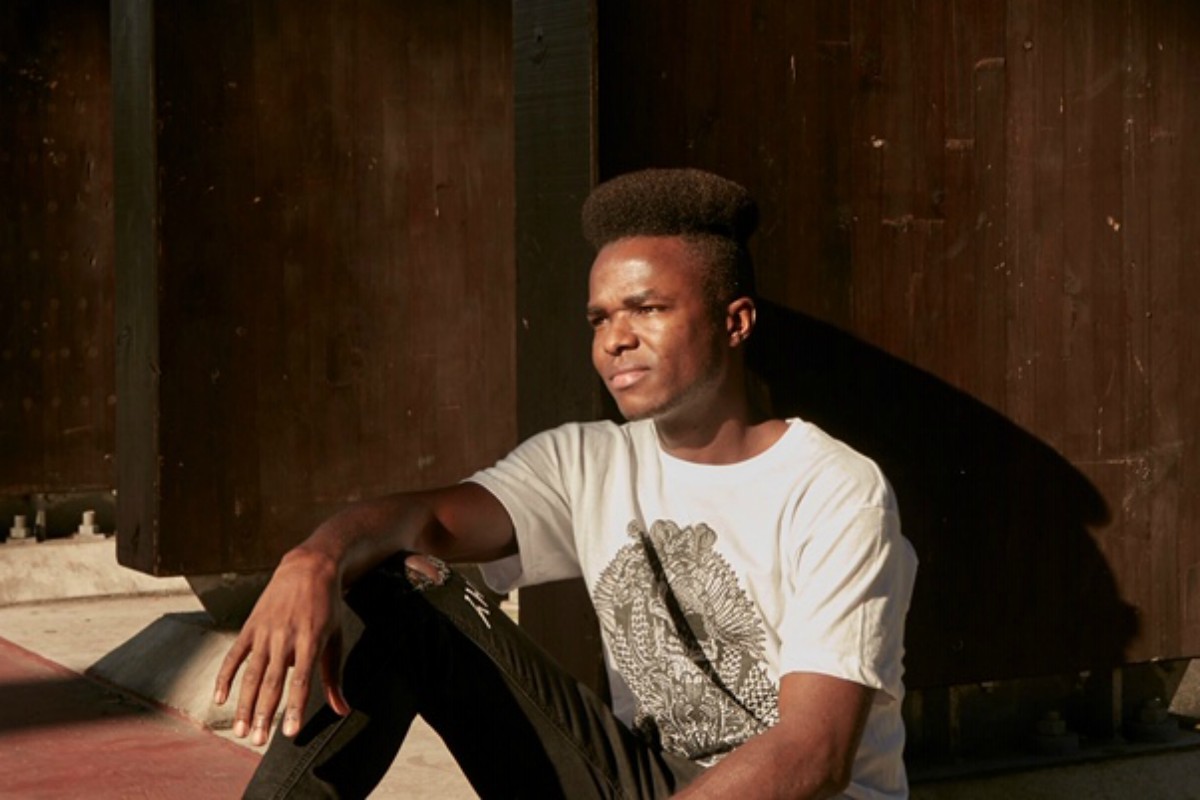 “My songs are about the politics which created the disaster we’re in”, says BarryBlack bitterly. Behind the nickname is Lamine Barry, a 20-year-old who arrived in Italy from Guinea in 2016, landing in Lampedusa. From Sicily he moved to Milan where he was taken in by the Charity Home. For a while, he followed his dream of becoming a football player, but then suddenly along came music. Now he shares his time between work in the ice-cream parlour and the recording studio where he records trap songs with thousands of views on YouTube.

From Africa to Lampedusa

The story of BarryBlack’s childhood is inconceivable for people who grew up in Europe, at least outside a very underprivileged social context. But many young Africans wouldn’t be surprised and in fact he speaks about it very naturally. “I grew up going around on my own, I spent nearly all my life without my family. When I was six I left school because I couldn’t afford it. I was in Guinea until I was nine, then I went to Senegal where I met some people and settled down there. As I had learnt how to do some little jobs, I started working as a mechanic. Then I went to Ivory Coast for a bit and from there I set off for Libya”.

He tells us that he wasn’t planning to come to Italy, he aimed to go to Algeria like a lot of people because there was work there. “But things started to get complicated, the rebels redirected us so we went to Libya. From there you couldn’t go backwards or forwards, the only thing to do was to come to Italy. I stayed in Lampedusa for just two months, and when I got to Milan, the Charity Home became my home”. As he was only sixteen, he was taken into care by a community for minors where they helped him in a course of integration. At that time he learnt Italian, got his first level school leaving certificate and did the last two years of high school, while doing a professional training course as an ice-cream and cake maker.

Then one day while he was going to work, something happened that set off a change. While he was travelling on the underground, he sat down next to a woman who reacted by getting up brusquely to move away. “I wanted to say something but I couldn’t even find the words. But I didn’t forget that day. At that time I was playing football and in that context I saw the same walls, the same closed mentality. For people who are not of Italian origin there are few opportunities and lots of young people give up because they can’t find a space”.

So I gave up football because I didn’t want to keep getting discouraged. But I wanted to send a message to that woman and to people like her so I had the idea of making some rhymes. Music gave me the opportunity to express what I felt

He started posting the freestyle Bella gente on social media, a sarcastic response to the episode in the underground. Then in 2019, he wrote Children of the jungle, a hard hitting manifesto of his generation which a lot of young people who had arrived from Africa like him identified with.

We are the children of the jungle, we come from a world which they call that here. We are bipolar because we manage to live between Africa and Europe by adapting. But I would have loved to stay in the jungle without having to go to other places

With a small team of friends, who were already professional musicians, BarryBlack is preparing some musical novelties for next year.

I like rap and trap. When I was a kid I used to listen to Tupac and Snoop Dogg. In Italy I follow Izi and Salmo but I don’t like the scene here much, it’s a bit like it was with football. In the Italian music production world there is no room for foreigners. Or at least, not yet, let’s hope

Now he lives with other guys in an apartment, working as a coordinator for a community looking after the socially fragile. At the moment he is stuck because of an accident on his scooter which left him with an immobilized hand, but he is looking towards the future. “In Italy I’m doing OK, although there are some very big steps still to take. We’re working on it…. When I think about my future I’d like to continue with the music but I’d also like to work as an ice-cream maker, maybe open a place of my own. I’ll certainly be a trapper entrepreneur”.

We asked BarryBlack which artists he recommended we should listen to. Here’s the playlist that the trapper created for our Spotify channel, Nuove Radici World Radio.