Vera Atyushkina, former TV showgirl: «My past working at a petrol station and my Siberian education (that saved me from sexual harassment)»

Russian by birth and Italian by adoption (but she says «she hasn't had time» to apply for citizenship), she tells NuoveRadici.World how Antonio Ricci's TV programme ("Striscia la Notizia") has changed her life and her mentality but not her determination. Like the time when she said no to an Italian producer... 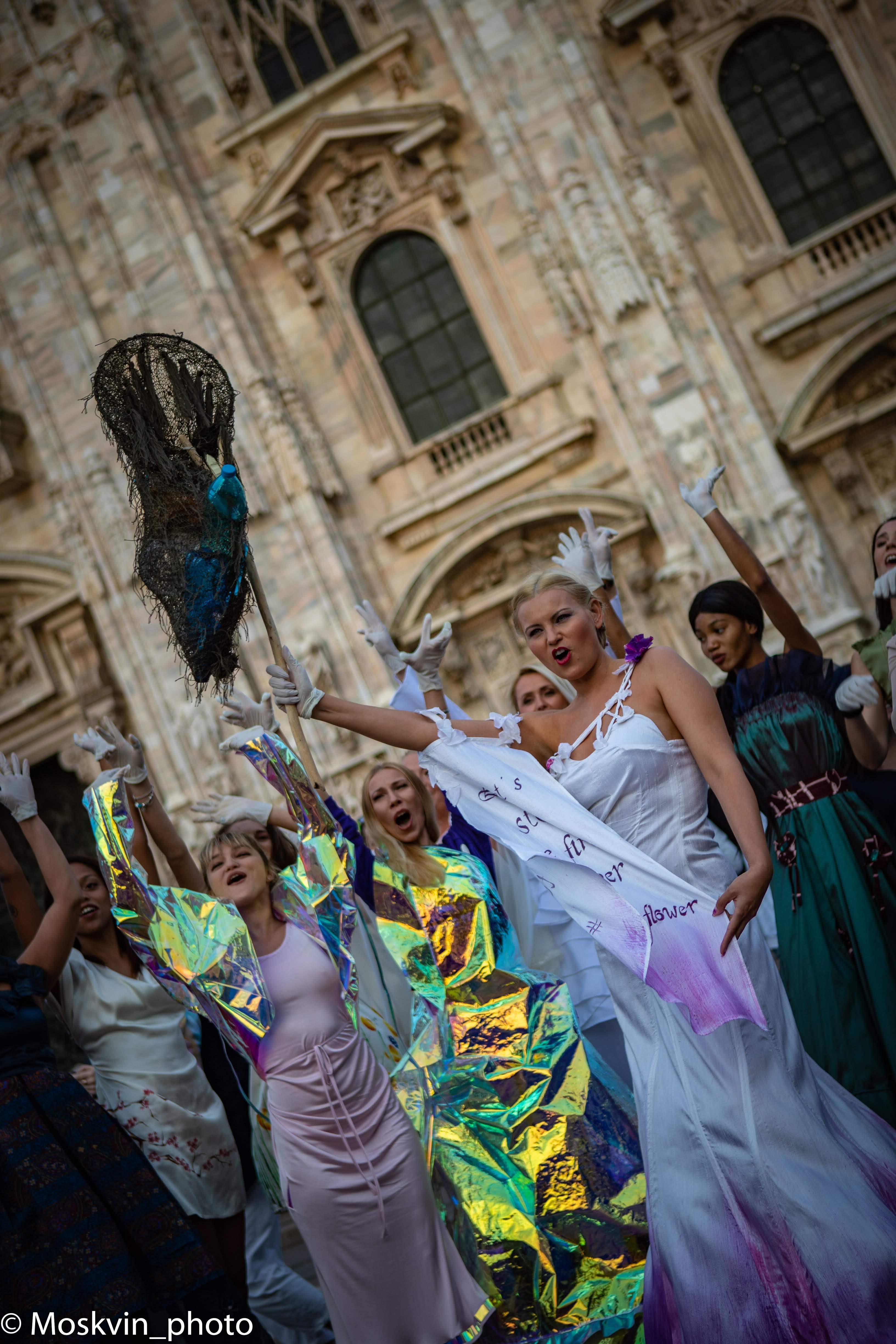 Vera Atyushkina, has lived in Italy since 2002, when she was just twenty years old. A Russian from Siberia, she was born in Kyzyl in the region of Tuva, in central Asia. A former blonde showgirl (Velina) on the TV programme Striscia la Notizia in 2004-2005 and a model, most recently at Milan’s Fashion Week, she says that – although her personality has softened after so many years of living in Italy – she still feels very Russian. And she tells us of a #metoo type episode: “My Siberian education still holds. There are certain things you learn as a child that stay with you for the rest of your life. I am forthright, I always say what I think. You should never cross me. If you want something, you have to work to deserve it. No shortcuts. That’s why I once turned down a producer. But in the end, I’ve also learnt to take it easier like you Italians do”.

Why did you come to Italy of all places?

“My older sister already lived here. Our mother had passed away a few years earlier. At first, I lived in Celle Ligure. I worked in a petrol station at the port of Varazze. I’d never even seen the sea as it was too far from Siberia. Back home, it was minus 50 degrees Celsius in Winter and here there were 38 degrees in Summer. But while everyone went swimming at the beach, I had to sell petrol. In Russia, I had studied accounting but my dream was to work in show business. As a child, I took part in many beauty pageants. In 2004, I took part in a selection contest for TV showgirls (veline) and I was selected. I worked in Milano 2, so I moved to Monza. I started work on 23 September 2004. The 23rd September was my mother’s birthday. I am sure it was her who shone a light on my destiny”.

“I never had the time to apply. I love Italy, my life is here. I go back to Russia to see friends but it would be unthinkable for me to go back to live there. After so many years my mentality has changed”.

Working on TV changed your life….

“It was a shock. Suddenly my dream came true. When I was working at the petrol station, I dreamt about working in show business. I wanted to be a model, I wanted to do adverts. I couldn’t imagine I would be selected by Antonio Ricci to be the blonde showgirl on his programme”.

Many people think that just involves dancing for a few seconds on TV. What’s behind that?

“It’s a really tough job. What you see is a pretty girl smiling. But to get there, we rehearsed for hours. I hardly spoke Italian so I had a teacher who helped me with that. I worked by day and studied by night. I slept very little”.

And things will have also changed in your private life…

“I no longer had any privacy. I couldn’t go shopping. I couldn’t put my clothes out to dry on the balcony. I also had to be careful with the people I met”.

You mentioned in an interview that you missed out on a professional opportunity because you refused to sleep with a producer. Today, this would be viewed as a #metoo experience…

“I have always worked thanks to my abilities without needing any other help. I come from another country. I have a different mentality. When I was little I was taught that if you want something you have to work hard to get it. No shortcuts. We used to have a vegetable patch close to my home in Siberia. If we wanted to eat the vegetables, we had to work hard in the allotment to grow them”.

If you had been Italian rather than Russian, would you have done the same?

“It wouldn’t have made any difference. It’s like an imprint. But I also blame women who compromise. They are willing to do anything in order to be seen. Women should take some of the blame if men think we are easy. This has created the wrong attitude. I had to present a TV programme on a beauty contest for a private TV channel. We just needed to agree my fee. But the producer didn’t behave very well. He wanted me to go to his room with him. He told me: “I’ll give you presents”. I refused. It was a huge disappointment. But the worst thing was that he considered himself a serious man”.

Did you make a formal complaint?

“I spoke to a lawyer. He told me I couldn’t lodge a complaint as I didn’t have sufficient evidence. The only two witnesses were two of the producer’s assistants”.

“I still work as a model for different brands. In 2018, I interpreted divas from the Golden Age of American cinema for the ‘Hollywoodland’ calendar. The profits went to the Handbike Tour of Italy, a non-professional association which promotes cycling especially by organising competitions for disabled athletes. At the Fashionable Eco Art Show, an event organised during the Fashion Week by the Russian designer Natasha Siassina who lives in Italy, I modelled a dress inspired by a Siberian bluebell, a flower from my homeland. We did it to denounce the wildfires that are threatening 15 million hectares of forests around the world. I even wore a band across my shoulders that said: “#Thelastflower. Let’s put the fire out together”.