Natasha Siassina: «From art to fashion: I am a woman with endless ideas»

She was born in St. Petersburg and had dreamed of starting a business since she was a young girl. She has told us why among the businesses that she has started in Italy there is an association for safeguarding Eastern European women who have been victims of violence, shining a light on a dark side… 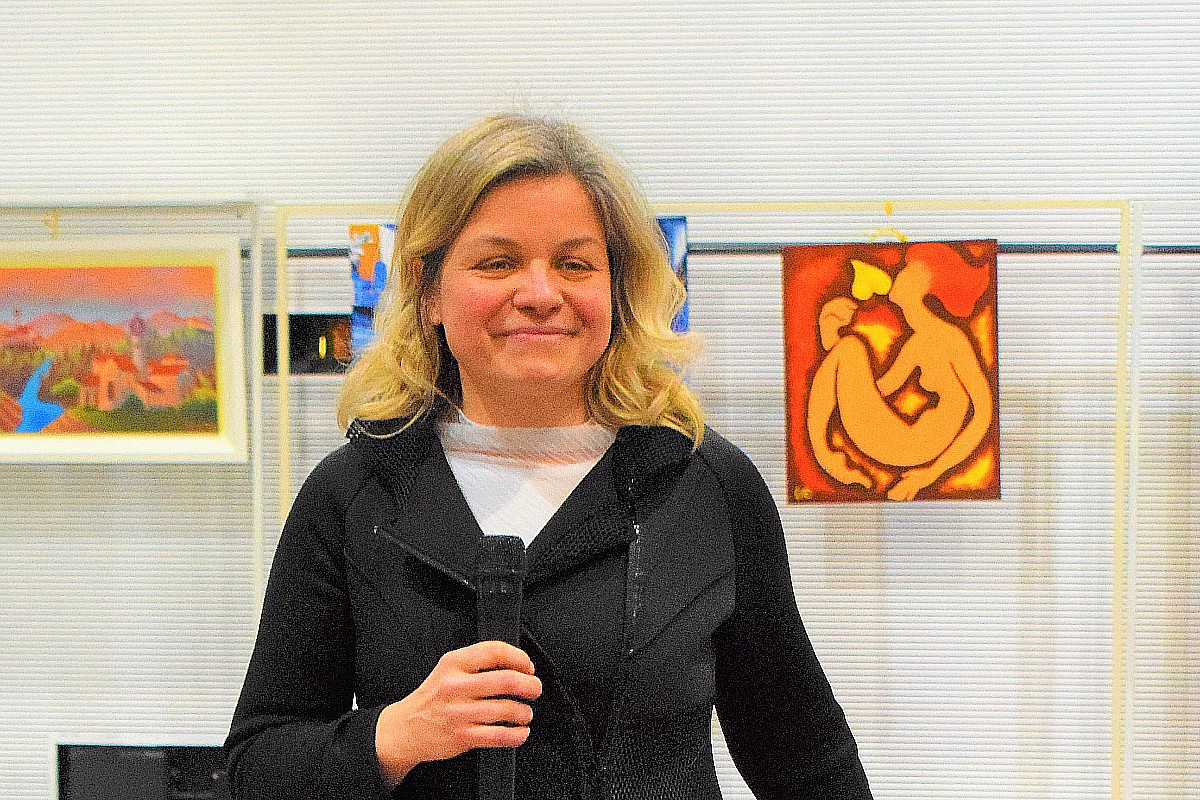 Born in St. Petersburg and the creator of the fashion brand Tailor’s Art Revolution T- Art Rev, Natasha Siassina is also the founder of the association Vitaru, which provides legal and psychological support to women who have been victims of violence. And art – both Italian and Russian – is also one of her many interests. «I was born in the wrong country», she explains as she starts telling us about herself.

Why the wrong country?

Because I was born in the USSR, where curiosity was frowned upon. Where asking oneself and others questions was considered a form of insubordination. In school, I would always be sent to the Principal’s office.

«I questioned everything I was told, particularly about the economic situation we were in. We were made to live in an anaesthesised country. My father was in the military aviation and my mother was a translator from English. This made our situation unbearable. We were constantly under surveillance because of their jobs as we were forbidden from having any contact with foreigners».

When did you start seeking to be financially independent?

«Very early. My first business involved selling the bleached jeans that were so fashionable between the end of the 80s and the start of the 90s. I would buy the trousers, get them bleached and then I would re-sell them. Basically, I set up my first business when I was 16 years old. And fashion was always my passion».

When did you decide to leave Russia?

«I met an Italian girl who lived in Algiers with her family. So, I went to Algiers and stayed there. I even fell in love with her brother, who is the father of my eldest son. For many years I refused to speak Russian, other than with my parents. I would only speak French and English».

And what did you do in Algiers?

«I can never stand still. They say about me that I have endless business ideas. I could start a business anywhere in the world. In Algeria, I used to design wedding dresses and evening gowns. There was a big market for those as weddings there are so lavish. But after two years, the political situation worsened and my husband and I decided to move to Italy».

«As soon as I arrived in Italy, in 1994, my son was born and I registered as a freelance. I worked with well known brands and I gave a lot of work to many people. It was good, but it was hard work. Then, with the onset of the economic crisis, my clients expected to pay us less and later. As I felt responsible for the people I employed, I eventually decided to stop. I was certain I would be able to create my own brand, and so I did. Moreover, I was tired of working in a world where ideas could not be openly shared. It took me two years, but I made it. And in the meantime, I had two daughters with my new partner».

My creations are aimed at women who love feeling comfortable, like me. At my shows, I always have professional women including opera singers and artists on the catwalk.

How do you combine your love for fashion with your passion for art?

«As I said, I stopped speaking Russian for a very long time. Yet, my love for art and the fact that I was friends with many artists made me understand that I could be a bridge between Italian and Russian art».

«After I separated from my husband, I decided I wanted to help those women who, being foreign, were unable to safeguard their rights and those of their children. Living in a country that isn’t your own is not easy, especially when you face legal issues rooted in a different culture».

There are about three hundred agencies specialised in arranging marriages. For each one of these there could be an estimated twenty women who get to meet their future husband through Skype. Even if just ten of them go through with the wedding, there could be up to three thousand women in the dark.

«With this I mean that they know nothing of the country they are coming to live in. It is even harder for those women who end up living in small towns, where there may not be a community from their country of origin, where they are alone as their families are thousands of kilometres away and where they often face significant language barriers. And if their marriage turns sour, then they are trapped. They don’t know how to make contact with the authorities and so they are often victims of violence or they may end up making irreparable mistakes such as running away with their children thus finding themselves charged in Italy and in their country of origin, where they thought they would be safe».

How do these women come to you and how do you help them?

«Most of them come to know about us through word of mouth or social media. We support them and give them strength through a network of legal experts and psychologists. It is important to help them find their way through the Italian legal system in order for them to get separated from their partners and to find a safe place to start over. We know all too well that violence against women has no borders. Even Italian women face these challenges, despite knowing the culture and having family support networks. So, you can imagine how a foreign woman who is completely alone and entirely dependent on her husband for all her daily needs, may live this situation. How can she trust anyone? These women can only rely on themselves».

But Vitaru does not only help foreign women.

«We stand with all women facing difficulties, whether they are Italian or foreign. Vitaru is really important to me. I feel every woman’s story personally. I can’t distance myself from it. Our team is composed of exceptional and extremely qualified people. I am lucky to be working with them».