Dalale Belhout, symbol of the new generations of Europeans. From the suburbs of Paris to a successful enterprise

A strong sense of self-worth drove her to rise to the top. She established a consultancy business and founded an association called “Attrappe ton avenir” (grasp your future) to help her peers. We met her in Brussels at the launch of the Diaspora Vote initiative to encourage youths from the diaspora to engage in politics. 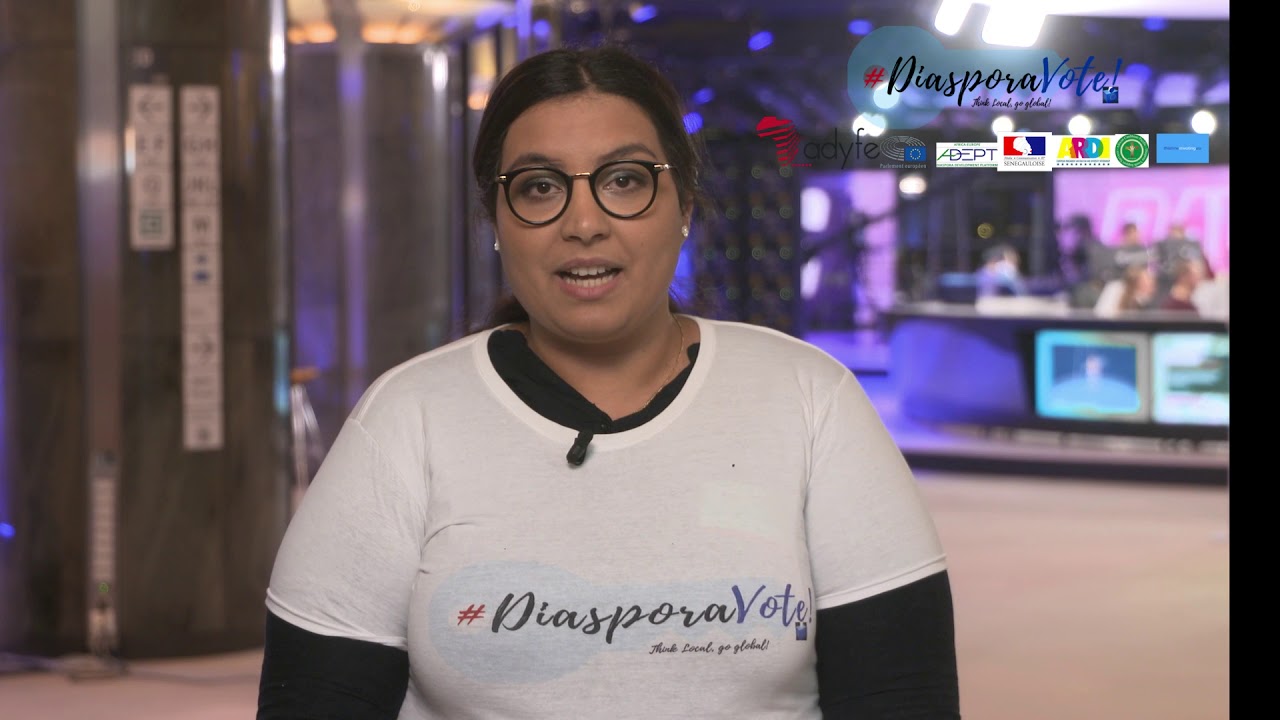 What is most striking about Dalale Belhout, who is 31, is her sincere smile and how forthcoming she is. Despite being a career woman and a successful entrepreneur, Dalale lights up when she tells the story of her family.  Djelloul Belhout, Dalale’s father, was a young herder, “the best in the village”, she claims. He was born in 1945 in the M’Sila region at the base of the Atlas Mountains when Algeria was still a French colony. His family had not sent him to school because they did not trust the French. One day, when the French construction company Bouygues Construction arrived in his village to recruit new workers by means of a public lottery, he put his name down without telling anyone. And when his name was drawn he left for Paris. It was 1970. Djelloul did not know how to read or write, he didn’t speak French and he had very little money but he was young and he knew what working hard meant. He became a workman and he lived alone in Paris saving money to send back home to his young wife Noua for ten years until she was able to join him in 1981. Seven years later Dalale was born, the third of five children.

What do you remember about your childhood?

«We were so poor that we all lived in one room in Paris. I remember that my sister and my brother slept on the kitchen table. When I was three years old, my father’s company offered him to move to Trappes with the family, about 30 kilometres from Paris. There, we moved into a house that to us children seemed huge and where, for the first time, we didn’t need to all sleep together. Life for my father, who commuted every day between Trappes and Paris, was hard but her was proud to have found a better home for us. My mother worked as a cleaner. I remember she also worked at my school. During the day I went there to study and in the evening she would go there to clean. At first, I found that embarrassing but then I understood it was just like any other job and I shouldn’t be ashamed».

Your parents didn’t go to school. How much did getting an education matter to you?

«I learned from a very early age what it means to be poor and I knew that my only way out was education. Given my parents are illiterate, they could not help me with my homework. So I worked harder than anyone else: I stayed in school till late, I always wanted to understand everything, I asked my teachers loads of questions. I was very driven. I thought: my parents did not go to school and I will be the best, I can do it. I wanted to be the top of the class. After graduating from school, I did business studies in Dijon at the Burgundy School of Business and then I did an MBA at Nanjing University, in China. My brothers and sisters all graduated from school too. My older brother works as a director in a pharmaceutical company and my sister has made it into the prestigious SciencesPo, the Grande Ècole for political sciences in Paris. I am so proud of her. She will go far».

How did you become an entrepreneur?

After my MBA I went to Paris and then I went back to Trappes where I worked in human resources for different big companies. I worked in the office during the day and for myself at night. I wrote a blog giving advice on how to write a CV, how to present yourself to companies, how to prepare for interviews and other practical advice. I had more and more followers and then one day I was contacted by a company that offered to buy my blog, or better, to pay for the content and advice I provided. So I was able to open Djenoa Conseil, my own human resources consultancy company. The name blends my parents’ first names. When I showed it to them they were so proud of me.

What does integration mean to you?

«It means finding your own place and adding value in the society you live in. In France you are nobody unless you have social standing or a job. Integration here is not just a cultural concept, it is first and foremost a social one. This is a very classist country. Professions are passed down from generation to generation. There are real dynasties of doctors, lawyers, architects. If your father was a doctor, then you have it easy but it you come from the bottom of the pile then you’ll have a tough time. Breaking through social divisions is near impossible. The young people moving from the suburbs or the rural areas to the big cities have a difficult time fitting in. They lack the knowledge and tools to communicate and make themselves understood. On the other hand, there are many young people who come to study in France from North Africa. They come from well-off families and they have absolutely no problem mingling with the French students. I’ve learned that if you’re black and rich you’ll have no trouble integrating. Instead, if you were born in France but you are poor, it’s not that easy».

Is this why you founded the association ‘Attrape ton avenir’ (grasp your future), a word play on the name of your city, to help the young people of Trappes?

«My mother kept giving my business card to her friends. They knew I worked in human resources and so they came to me to ask me to help their kids. I helped them with their studies, with their English, to write their CVs and to advise them on how to find work. Many just needed to be encouraged and steered in the right direction, what in my line of work is known as coaching, in order to strengthen their self-esteem. Of course, I worked pro bono but it got to the point where I understood that there was so much more I could do. So, I founded the association and I found other volunteers to work with me. There are ten of us today. Since the beginning of this year, we’ve already helped two young people find a job. Last year we helped ten».

Are they all of foreign origin?

«Mostly. Especially of African descent, but not just. What they all share is their humble origins and that they all come from Trappes».

What is your dream, what’s in store for you?

«I would like to grow my business, Djenoa Conseil. I also wish that one day my association – Attrappe ton avenir – would no longer be required. I would like for all youths to have equal access to public services helping them find their way without being discriminated because of their class or the colour of their skin».