Call me Ab. I am working to create a new international leadership

Abderrahmane Amajou is 33 years old. He wanted to become a policeman but he didn't get his citizenship in time. He is an Italian-Moroccan. An ambassador for Roma culture, he is working to support a new generation of leaders and he has contacts in the US. How did he do all that? 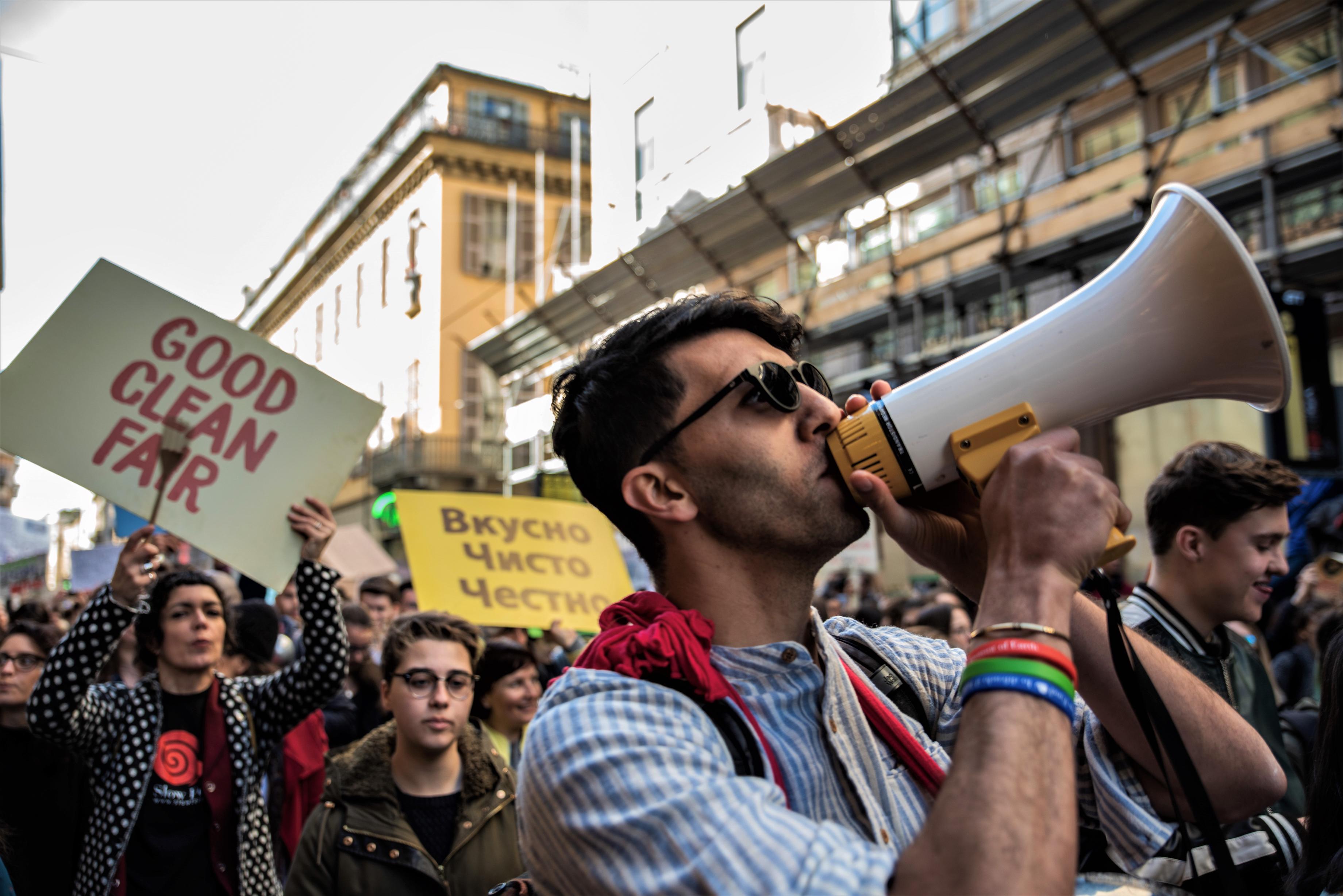 Abderrahmane Amajou is 33 years old, he was born in Oued Zem near Casablanca in Morocco. He has lived in Italy since 1994 and he became an Italian citizen in 2011. He was a councillor in Bra, in Piedmont, and he is now the president of NILI (Italian Network of Leaders for Inclusion), which organises national and international workshops to train new leaders. He dreams big: «Our shared experiences of diversity can help us build a common vision. We want to go beyond national differences and we want to be in the driving seat».

Why did you come to Italy?

«My father was working in Italy. He used to work as a miner back in our country. There were many phosphate mines in our region. He first went to Trento, then to Turin, where there was a strong Moroccan community, and finally he moved to Bra. For a time he slept rough under bridges. He did whatever he could to make ends meet. To begin with, he sold goods on the street and he then became a welder, which was a proper job. In 1993, he obtained a permit for family reunification. So, we all joined him. I had just finished my first year at school».

You were just seven years old. What was life like in a provincial town like Bra, near Cuneo?

«At first it was a shock. I got there in the Summer and there was no one around. I couldn’t speak Italian. Our house was near a forest and I spent a lot of time on my own. The first evening, I’ll remember it as I long as I live, I saw fireflies. I had never seen them before and I was awestruck».

«On my first day at school I found out that we had to have a diary, a pencil case and a school bag. I didn’t have any of these things. I couldn’t even make myself understood. I spent hours crying. Everyone was really curious, they wanted to know everything about me. The mother of one of my classmates, called Davide, gave me a pencil case, a ‘Lupo Alberto’ diary and a school bag. It was the best present ever. I felt really welcome. I’ve always had good relationships with my classmates. But the school was old fashioned».

«They should have organised intensive Italian language courses for foreign children. That would have helped us a lot. But in those days, they simply put in us in classes with much younger children».

And then you continued your education.

«I was good at drawing. I wanted to go to art school. But can you imagine what my parents thought? So, I ended up taking a surveyor diploma. Then I graduated in political sciences, I did a Master’s degree in Management of Development, and I became a cultural mediator».

Then at a certain point, you discovered politics. How did that happen?

«I was 14 years old and I was on my way to a school disco when I walked past the School of Peace in Bra where they were holding a political debate. I stayed there. I thought that was far more interesting and I ended up not going to the disco. That’s when my passion for social issues started. I joined the youth movement of the left and then Amnesty International».

Until you stood as a candidate in the local elections.

«Yes, in 2014. I was a member of the Democratic Party (Pd) but I stood as a candidate for a local list that was to the left of the Pd. I came fifth out of 240 candidates».

Who voted for you?

«60% of the people who voted for me were Italian and the remaining 40% foreigners. Most of my votes came from the suburbs and the poorest neighborhoods, but also from the cultural elites and young Italians. Foreign families voted for me».

Then after 5 years you decided not to stand again.

I dreamt about a higher kind of politics. But Council meetings were sometimes rescheduled if they clashed with a football match. I found this disappointing. Yet, I also enjoyed the experience. We established a youth consultation group that was also open to non-residents. It was a multicultural group. We took it in turns to chair it and we worked a lot on inclusion.

You are an Italian citizen.

«Yes, since 2011. If we had had the ius culturae (the right to citizenship by birth and being schooled in the host country), I’d be a policeman today.That was always my dream. But because I didn’t have Italian citizenship I wasn’t eligible for the selection process. I was always drawn to public service and I have a strong sense of justice».

You are 33 years old and you have lived in Italy for the past 26 years. All in all, do you feel more Moroccan or Italian?

«Up until seven or eight years ago, I used to ask myself that a lot. In the end, I feel I am both. I am a citizen of the world. There’s seven of us in my family: my parents and five children. My siblings and I speak Italian to each other and we speak Arab to our parents. We do this even at the dinner table, all at the same time».

Many young people like you go to great lengths to hide their origins.

«That depends on their family situation. Some are ashamed. Many have never even visited the country where their parents come from. I understand some circumstances can be difficult even though I’ve never personally experienced that».

There was one episode in 2009 that made me reflect a great deal. I was working in an engineering factory. I participated in an internal recruitment process but I wasn’t selected. It was an international company that was sensitive to issues like this. Some of my colleagues, however, tried to explain how it worked to me: “you couldn’t have been selected as you’re a foreigner”. I should have known better.

Looking at your profile one discovers your multifaceted experiences.

«Yes, I’ve done many things. I even work for Slow Food International: about 4 years ago we have opened an office that deals with migrations, of which I am the supervisor. We have two projects, the first financed by the italian agency for cooperation and development, and the second by IFAD (Fund for Agricultural Development). The idea was using food as a tool for the promotion of inclusion and cooperation. We have partnerships across Europe and in New York. We are ambassadors of food seen as a conduit for knowledge».

«I have been nominated an ambassador for Roma culture. I organised a training course for second generation youths that some Roma youths also attended. At the end of the course, I was very proud to be conferred the title of ‘ambassador’».

You organise these training courses with NILI. Can you tell us more about this?

The Italian Network of Leaders for Inclusion (Network Italiano dei Leader per l’Inclusione) is open toall those who are leaders in their area. We want to value our identities. We focus on our shared experiences of diversity to create a common vision. There are 8 members in our steering committee. They come from Russia, Morocco, Peru, Albania…We have promoted the Campus for Development 2.0 in collaboration with the University of Turin and other international experts.

«A few weeks ago we organised a workshop for around thirty people in Florence. An Afro-American woman came from Washington to talk to us about human rights. She got in touch with us through the government’s Committee on Youth Policies. I am also part of TILN, Transatlantic Inclusion Network, which is made up of young activists for inclusion from Europe and the US. We each organise activities in our local areas aimed at promoting equality, human rights, innovation and collective development against any form of discrimination based on ethnicity, religion or culture. We want to create a network and we want to be in the driving seat. Ultimately, we want to establish an international inclusion network».