﻿Stefano Molina: the second generations did not turn out to be a social time bomb as some had foreseen

Stefano Molina is a researcher at the Giovanni Agnelli Foundation studying the social integration of second generations, with a special focus on education. We interviewed him to help us reflect on the life experiences and education pathways taken by young people with a migratory background on occasion of a conference co-organised by Nuove Radici, which… 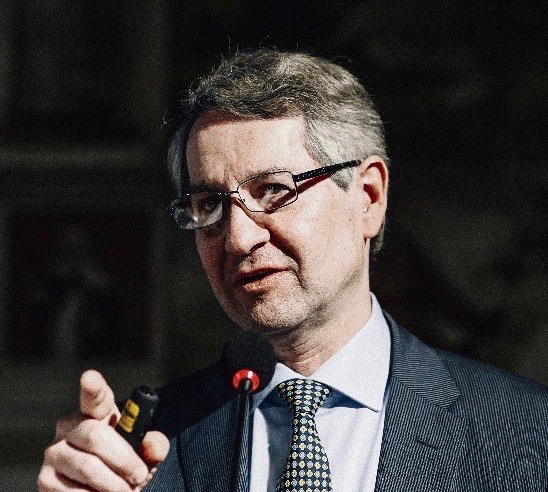 Stefano Molina has been working on immigration for over twenty years. He has studied the integration dynamics of the second generations. Since 2008, the Giovanni Agnelli Foundation, based in Turin and where Stefano Molina is director of research, has been focusing on education as a key driver of economic progress and innovation, social cohesion and individual development.

You have been studying the integration pathways of the new generations of Italians for many years. What has changed in Italy over the past twenty years?

«Over the past few decades, Italy has undergone a progressive transformation increasingly becoming an immigration country. There are two trends relating to this that have got progressively worse. In a country where today there are more 84 years old women than one year old girls, population aging is now undeniable and inescapable. Those who had foreseen it twenty years ago got it right. This trend is coupled with another concerning aspect relating to the current demographic situation in Italy, namely diminishing public finance. In Italy, we have fewer resources for new policies and for those aimed at younger generations».

The politicians’ attention is firmly focused on today, on the present, at the expense of a longer-term vision of the future. Even worse, this future is in fact often sacrificed on the altar of the present, based on short-term political considerations. This is obvious with regard to the environment where the deterioration is extremely concerning. All in all, we’re setting out an ugly future for younger generations. This triple demographic, economic and environmental burden weighs on the shoulders of young people and of their future children. And today’s “Greta” generation is beginning to realise that.

And the immigrants, how have they changed?

«It is estimated there are at least 5 million immigrants living in Italy today. A better calculation would include the gross number of all those that have acquired Italian citizenship. This could take the overall number of immigrants up to 6 or 7 million. It is true to say that the increase in immigration over the past few years has produced some inevitable side effects. But the second generations in particular have turned out not to be the social time bomb that some had prophesized».

It’s hard to make an overall judgement, but I don’t think things have gone too badly. As opposed to other countries, immigrants in Italy have aspired to be like us rather wanting to be different from us. A practically inexistent housing policy has helped avoid counterproductive choices, like those that have concentrated immigrants in ghettoes (I’m thinking of social housing estates in France). In Italy, immigrants have mingled with the natives occupying interstitial residential spaces. The majority have found jobs, they have sought dialogue with the Italians and they have played by the rules of the game.

«It should also be underlined that today, young people, whether they are Italian or of foreign origin, don’t have it easy. The expectations have worsened for everyone. This is a generation that finds it hard to find its way. That is also why discrimination is not as rampant as some had foreseen. A youth of Moroccan or Albanian origins does not see in their Italian schoolmate an unattainable reference of success».

But if things turn out badly for everyone, don’t you think that this helps to create fertile ground for the “Italians first” policy supported by Salvini?

«In the current period of prolonged crisis, we’re witnessing the spread of xenophobic sentiments throughout Europe and these are easily intercepted by professional politicians. Looking at the data, I don’t think Italy is more racist. I also believe that the simplistic theory that blames all our ills on immigration, which had been initially rejected only by a part of the electorate, is now losing traction even among those who had found it convincing».

We talk a lot about integration. What does this mean to someone who has spent so long working on it like yourself?

«Integration is one of those versatile words that everyone uses, projecting onto it their own meaning. It is a term that outlines a longer-term political vision but that it is difficult to “operationalise”. Over the years, I have learnt two things about integration. Firstly, that it is a very long process that implies a certain progressiveness. We are observing that in relation to the progressive “disappearance”, or the gradual absorption, of millions of immigrants on the ground. Immigrants are an important part of Turin’s social fabric, for example, and they are an essential workforce for many of the companies producing “made in Italy” goods. Without mentioning their importance to social care, the constructions sector and so on».

The other thing I’ve learnt is that integration is a two-way street. It is a burden that should not only be carried by migrants but by us too. And schools, where there are currently far more students of foreign origin than those counted by official statistics (at least twice as many), play a very important role in helping the integration process. Education is a strong antidote against the worst forms of racism because it helps broaden minds and it reduces the fear of the future.

The Giovanni Agnelli Foundation focuses on education. How can foundations help inform our view of immigration and integration issues?

«Foundations have a double role: cultural and operative. On a cultural level, they can help us look into the future to get a medium to long-term view of what’s to come, which is increasingly rare both in the business world and in politics. We are able to look further into the future in a disenchanted way. From the point of view of demographics or the environment, 2030 is just around the corner. Research foundations have a duty to show the way to decision-makers. Moreover, in those contexts where there are scarce resources for financing new policies, foundations – especially banking foundations – can also leverage funding to help support social cohesion and to foster development».